18 500 without power after Atlantic Storm Barny hits UK and Ireland.

About 28 500 homes have been left without power after Atlantic Storm Barny hit the UK and Ireland on Tuesday 17 November 2015. The majority of those affected were in the Republic of Ireland, were about 25 000 homes lost their power, with about 3000 homes without power in England, most of them in the Midlands, and about 500 homes in Wales.Transport networks were disrupted in both countries, as fallen trees blocked roads and railways and flights and ferries were cancelled as a safety precaution. In the UK the Environment Agency has issued flood warnings for parts of Sussex and Devon, as well as large areas of North Wales and Northern England. Storm damage has been reported in many areas, including Manchester where the roof of a block of flats collapsed, and Birmingham where damage to the Fort Shopping Park was recorded. Wind speeds in excess of 200 kilometers per hour were recorded in parts of Ireland, and in excess of 135 in parts of England, though these are gusts rather than sustained winds (wind speeds maintained for in excess of one minute). There have been several reports of injuries associated with the storm, but no fatalities at this time. 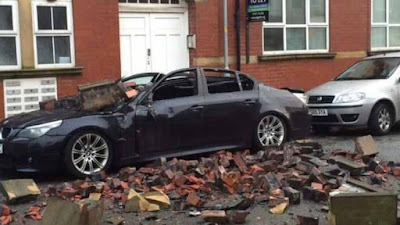 Damage to buildings and vehicles caused by high winds in Manchester, England. BBC. 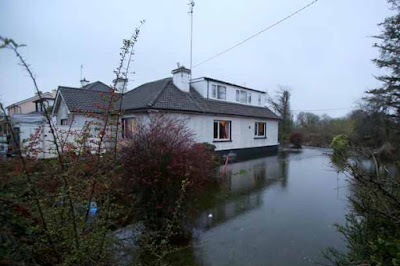 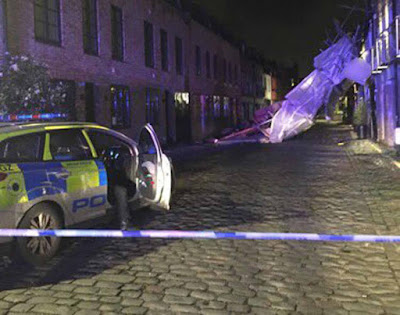 'Hurricane' Niklas kills two in the UK and at least three in Germany.                             Atlantic Storm Niklas, which has caused flooding and widespread disruption in the UK is reported to have reached hurricane force as it swept onto the...