Comet  C/2020 F8 (SWAN) reached its perihelion (the closest point on its orbit to the Sun) at 9.34 pm GMT on Tuesday 26 May 2020, when it was approximately 0.43 AU from the Sun (i.e. 43% of the distance between the Earth and the Sun, slightly outside the orbit of the planet Mercury). At this time the comet was 0.57 AU from the Earth, in the constellation of Perseus, having a magnitude of 6.6, making it visible with a small pair of binoculars. 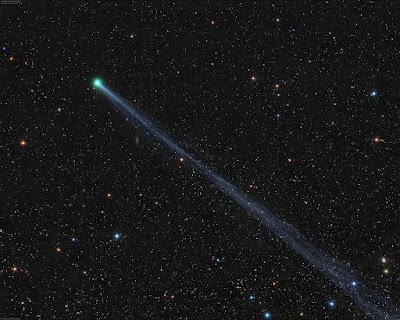 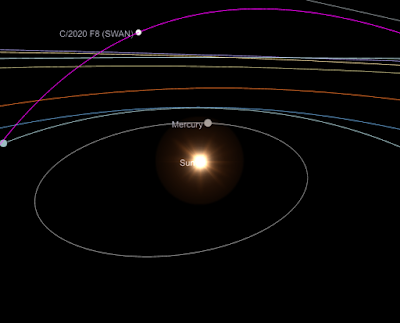 The orbit and current position of C/2020 F8 (SWAN). The Sky Live 3D Solar System Simulator.
C/2020 F8 (SWAN) is a Parabolic Comet, which is to say a comet that has been disrupted from an orbit in the Oort Cloud, and to be passing through the Inner Solar System on a parabolic orbit that will probably not bring it back again. This parabolic trajectory tilted at an angle of 111° to the plain of the Solar System. 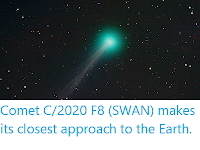 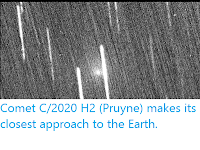 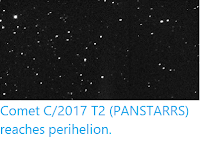 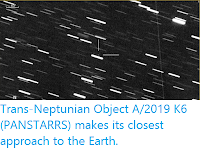 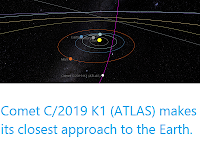 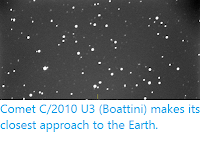