A man has been attacked by a Leopard in the Katedan area of the city of Hyderabad in Telangana State, India. The incident happened on Thursday 14 May 2020, after a number of people started to take the pictures of the animal, which had been loitering in the area for about two days. This apparently annoyed the Big Cat which charged them, and then a truck driver and another man who were nearby. The truck driver managed to climb back into his vehicle, but the second man was bitten on the foot by the Leopard, which attempted to drag him away, before being attacked in turn by a pack of Dogs and fleeing. Officials from the Indian Forest Service have been attempting to locate the animal, but it has not been seen since the incident. 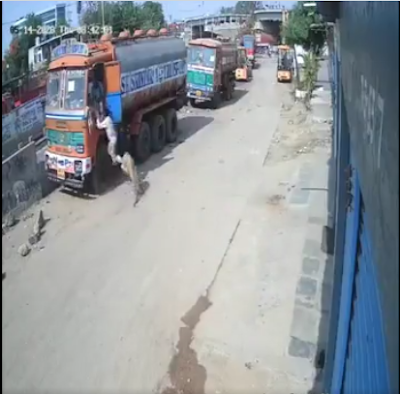 Man being attacked by a Leopard in Hyderabad on Thursday 16 May 2020. Forests and Wildlife Protection Society/Twitter.

Leopards are considered to be Vulnerable under the terms of the International Union for the Conservation of Nature's Red List of Threatened Species, with the Indian subspecies, Panthera pardus fusca, considered to be particularly vulnerable due to India's rapidly rising Human population, which has resulted in agriculture and other Human activities expanding into many former wilderness areas. For this reason, the Indian Forest Service usually try to relocate Leopards that come into conflict with Humans to more remote areas, preferably within national parks, though the extent to which local people co-operate is variable. 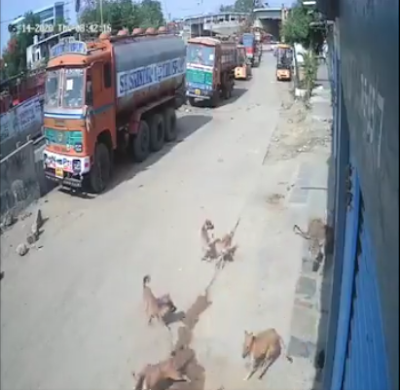 The Leopard breaks of its attack after being confronted by a pack of Dogs. Forests and Wildlife Protection Society/Twitter. 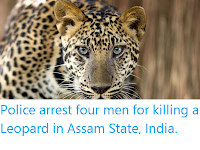 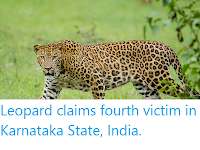 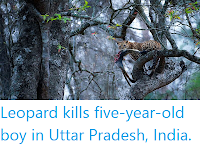 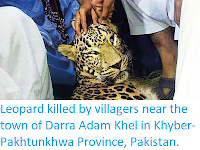 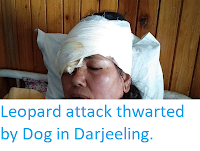