Chewing Lice (Amblycera and Ischnocera) are specialized parasites on birds and sometimes mammals. They are considered primitive members of the Louse Order Phthiraptera, since they lack the specialized mouthparts that other lice use to drain blood from their hosts, instead either eating dead skin and feathers or simply chewing through the skin and lapping up the blood.  They roam freely over the bodies of their hosts, rather than remaining in one place like some parasites. Some species of chewing louse have been shown to spread diseases, making them important to understand for both medical and economic reasons, however they are little understood in many parts of the world.

In a paper published in the journal Zootaxa on 26 June 2012, a team of scientists led by Tomáš Najer of the Department of Biology and Wildlife Diseases at the Faculty of Veterinary Hygiene and Ecology at the University of Veterinary and Pharmaceutical Sciences in Brno, describe the results of a study of Chewing Lice infesting Bulbuls (medium sized Passarine Birds from tropical Africa and Asia) in the Cuc Phuong National Park in northern Vietnam.

The team recovered seven species of Chewing Louse from five species of Bulbul, three of which were new to science.

The first of these was placed in the existing genus Philopteroides and given the specific name flavala, which is derived from the Latin specific name of the bird on which it was first discoverd, the Ashy Bulbul, Hemixos flavala. It was also found on the Chestnut Bulbul, Hemixos castanonotus. 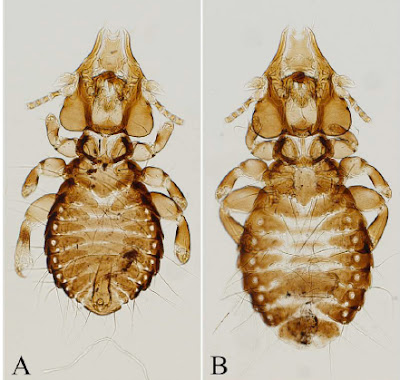 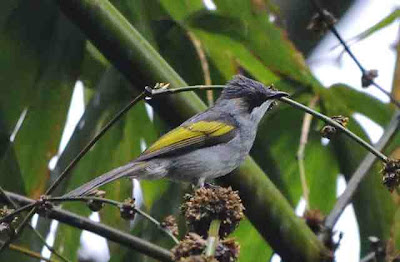 The second new species is placed in the genus Brueelia, and also given the specific name flavala, after the Ashy Bulbul, Hemixos flavala, as this species was also first found on this bird. It will be interesting to see if this name sticks, as while it is not unusual for two species in different genera to share the same name, these two genera are fairly closely related which may lead to this name being challenged. Like Philopteroides flavala, this species was also found on the Chestnut Bulbul, Hemixos castanonotus. 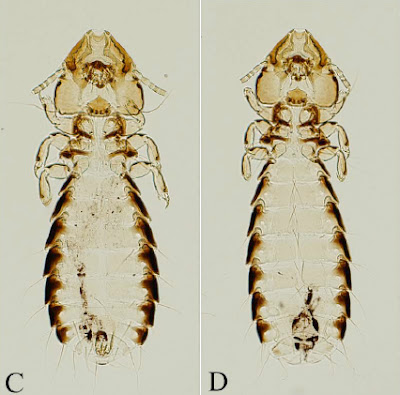 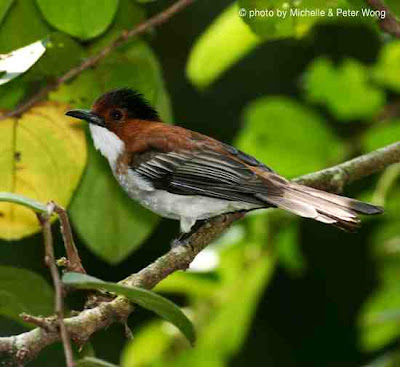 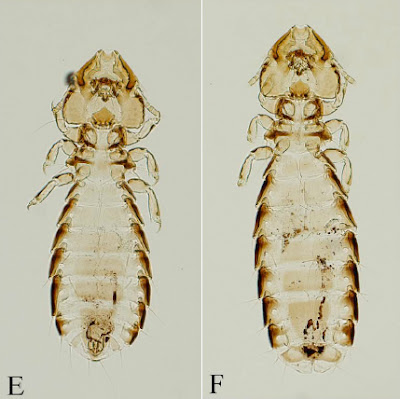 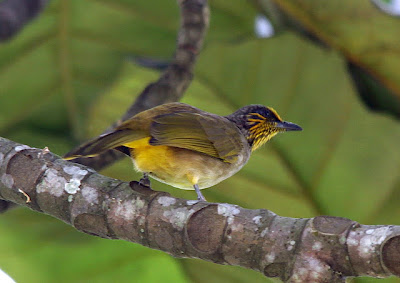 See also New species of Priapiumfish from the Mekong Delta, New Spadefoot Toad from southeastern Laos, New species of Bat discovered in Vietnam, Giant Fleas from the Jurassic of China and Birds on Sciency Thoughts YouTube.