Snakeflies (Raphidioptera) are a group of carnivorous flying insects related to the Lacewings, Antlions and Alderflies. They have long life cycles, with a number of larval stages, but still feed as adults. Modern Snakeflies are found throughout Europe and Temperate Asia, and in North America west of the Rockies, but they are more widespread in the fossil record, which dates back to the Early Jurassic. In the Early Cretaceous they have previously been described from three localities in East Asia and one in Brazil.

The new species is named Juroraphidia longicollum, where 'Juroraphidia' means 'Jurassic Snakefly' and 'longicollum' means 'long-neck'. The species is described from two specimens, both preserved as part and counterpart, from the Daohugou fossil locality of Ningcheng County in Inner Mongolia. Both specimens are slightly under 10 mm in length, with an extremely elongate prothorax (the front part of the thorax, resembling a neck). 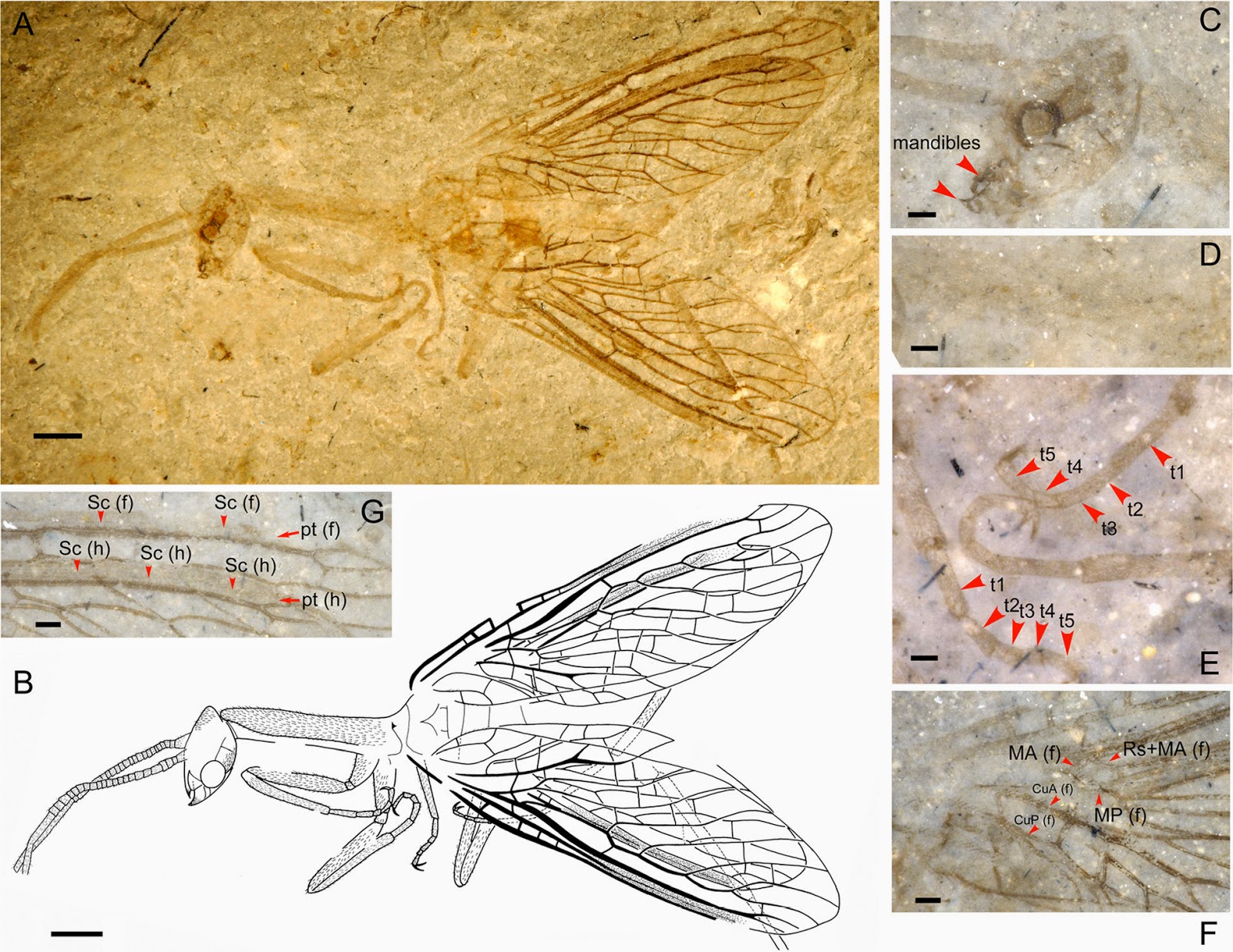 Juroraphidia longicollum is considered sufficiently different to any other known Snakefly that it is placed in its own family, the Juroraphidiidae. The early history of Snakeflies as a group is poorly understood. The group have an abundant fossil record in the Cretaceous, when they appear to have been considerably more diverse than currently the case, but have only a sparse Jurassic record, with no earlier fossils.

Traditionally the Raphidioptera is thought to have been more closely related to the Megaloptera (Alderflies, Dobsonflies and Fishflies) than to the Neuroptera (Lacewings, Mantidflies, Antlions, and their relatives), but recent molecular studies have suggested that the Megaloptera and Neuroptera are more closely related to one-another than either group is to the Raphidioptera. Fossil evidence suggests that the Megaloptera and Neuroptera  diverged by the end of the Permian, implying that the Raphidioptera must have also diverged from the ancestor of this group by this time, but have no fossil record prior to the Jurassic. Liu et al. suggest that the Early Jurassic was probably a key period in the diversification of Snakeflies. 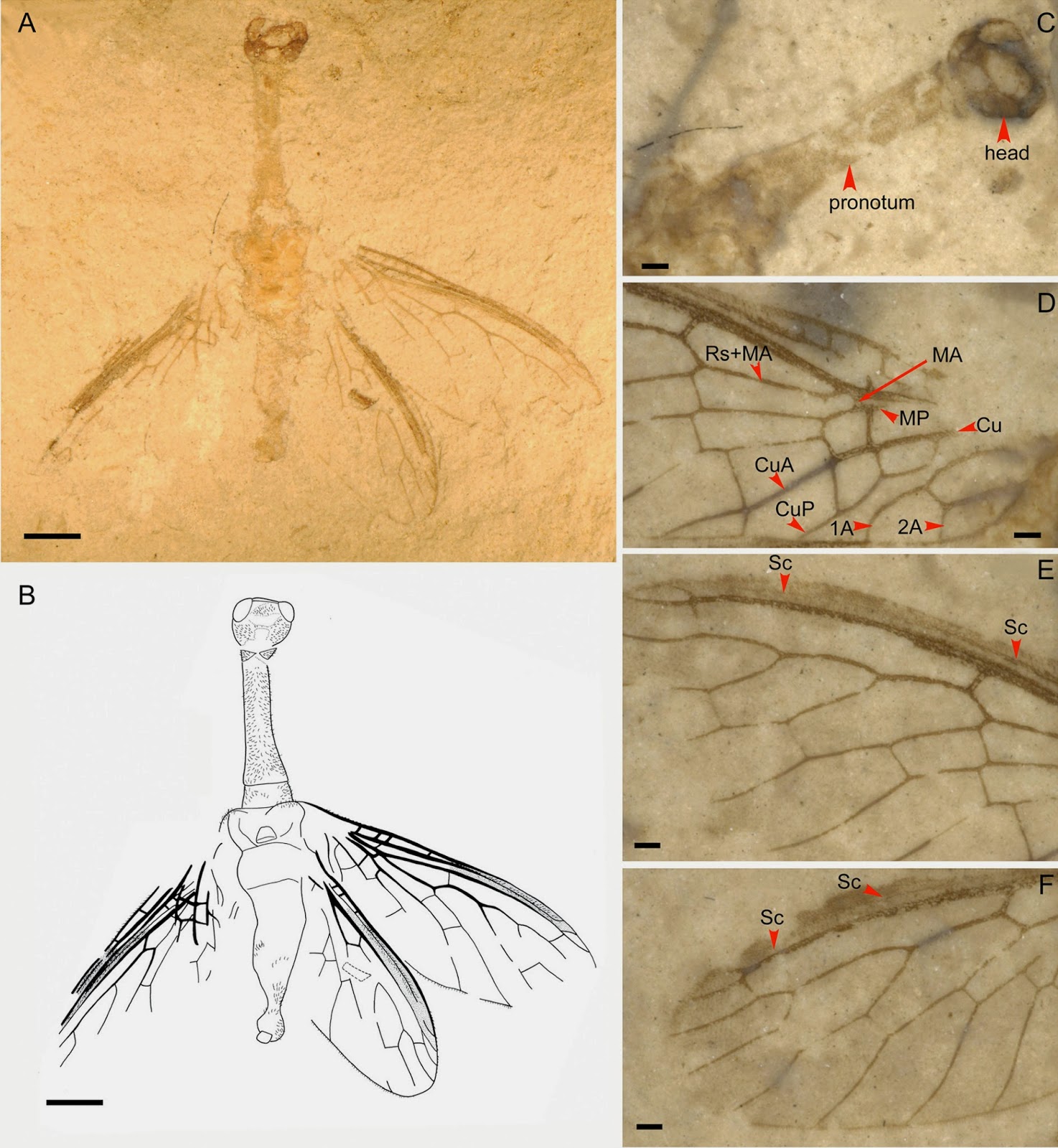 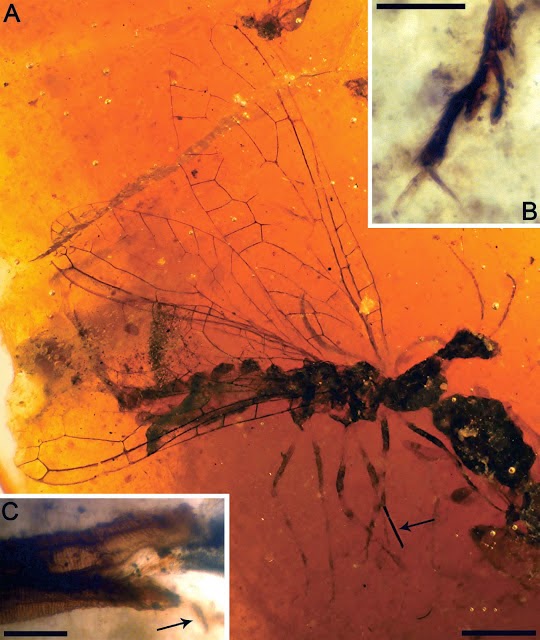