The Lyrid Meteors is expected to be visible between Saturday16 and Monday 25 April this year (2022), and will be at peak visibility on Friday 22 April. With the Third Quarter Moon falling on Saturday 23 April, this year will not be the best opportunity to see these meteors, but nevertheless there should be a good chance to see them in cloudless areas. At its peak the Lyrid Meteor shower typically produces about 20 meteors per hour, though higher rates have been recorded. The Lyrid Meteors take their name from the constellation of Lyra, from which they appear to radiate, at a point close to the star Vega, which will be above the horizon for most of the night from most places on Earth this week, setting at about 5.00 am. 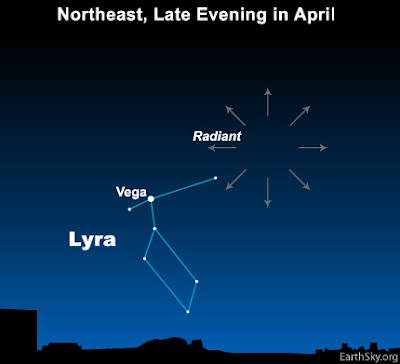 The Radiant Point (i.e. point from which the meteors appear to radiate) of the Lyrid Meteors. Bruce McClure/Joni Hall/EarthSky/Wikimedia Commons.

The Lyrid Meteors are comprised of debris from the comet C/1861 G1 Thatcher (named after the astronomer A. E. Thatcher, not the politician). This is a long-period comet that spends most of its time in the Oort Cloud, only visiting the inner Solar System once every 415 years, the last occasion being in 1861. When the comet visits the inner Solar System it is heated by the Sun, melting the ices that make up its surface and releasing a trail of dust, which continues to follow the path of the comet. The Earth passes through this trail in April each year, creating a light show as the dust particles burn in the upper atmosphere. 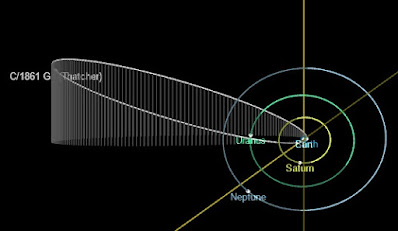 The orbit and current position of Comet C/1861 G1 Thatcher. JPL Small Body Database.
Comet C/1861 G1 Thatcher completes one orbit every 415 years on an eccentric orbit tilted at 79.8° to the plane of the Solar System, that takes it from 0.92 AU from the Sun (92% of the average distance at which the Earth orbits the Sun) to 106 AU from the Sun (110 times as far from the Sun as the Earth, and more than three times the distance at which the planet Neptune orbits the Sun). The comet last visited the Inner Solar System in 1891, and is expected to return again in 2306. As a comet with an orbital period of more than 200 years it is considered to be a Long Period Comet. 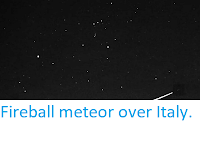 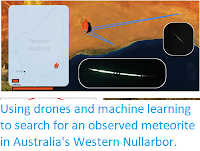 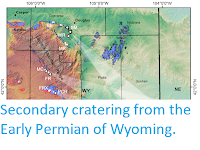 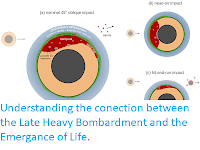 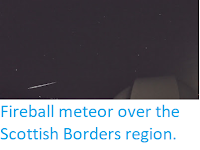 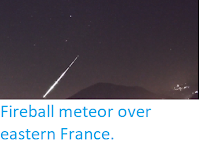