Ceramic figurines from the Pleistocene of Croatia.

In a paper published in the journal PLoS One on 24 July 2012, a team of scientists led by Rebecca Farbstein of the McDonald Institute for Archaeological Research at the University of Cambridge describe the discovery of 36 ceramic objects, believed to be animal figurines, from the Vela Spila archaeological site in Croatia, dated to between 17 500 and 15 000 years old. 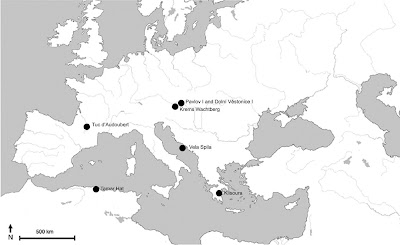 The objects show similar manufacturing styles to the 'Pavlovian' figurines, but the long time interval between the two set of figurines (about 10 000 years) suggests strongly that these were a separate, if coincidental, technological innovation. Ceramic objects are not known elsewhere in the Balkans before the Neolithic, with the next most recent objects being Impressed-ware ceramics dated to between 7000 and 6400 years old, from higher layers at the Vela Spila site. 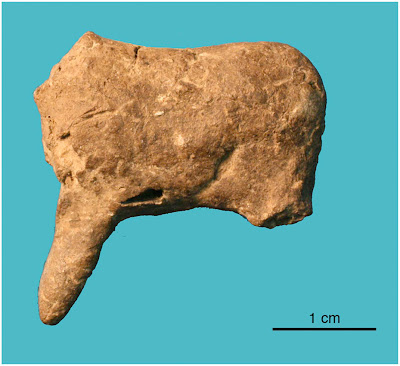 Artifact C1, from Vela Spila. Interpreted to be the torso and foreleg of a horse or deer. The object weighs 4 g and measures 26.0 × 27.0 × 9.0 mm. The smooth brown texture implies a high, constant, firing temperature. The figurine appears to have been made in several sections which were then pinched together. Farbstein et al. (2012). 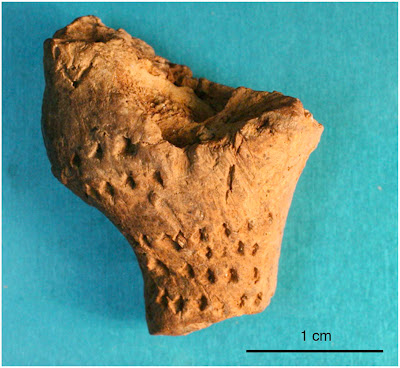 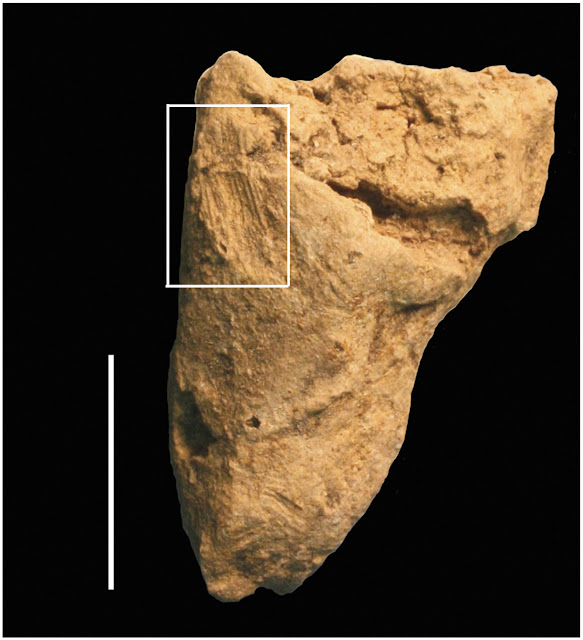 See also Pollen from potshards, and what it can tell us about the ancient climate of northwest China, The origin of domestic dogs, Dating the Chauvet Cave art, The earliest evidence of fire use from million year old sediments in Wonderwerk Cave, Northern Cape Province? and Pleistocene rock carving from Brazil; possibly the oldest art in the Americas.