Deep-sea Gastropods from Miocene Cold Seeps and Whale-falls in Japan.

Gastropod Molluscs of the genus Provanna have been found in a number of different deep-sea environments, including Hydrothermal Vents (areas where hot, chemical rich, waters emerge from submerged volcanic vents), Cold Seeps (areas where hydrocarbons escape into the sea from exposed deposits) and Whale- and Wood-falls (large organisms such as Whales or trees create nutrient-rich micro-environments when they sink into the generally nutrient-poor deep ocean). They feed primarily on filamentous bacteria that prosper at these sites, though some species are more general detritus feeders. 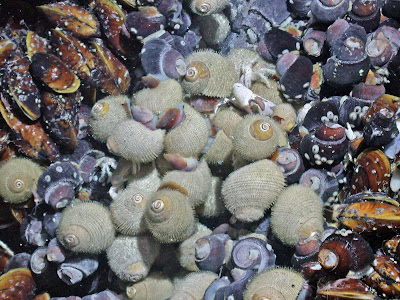 In a forthcoming paper in the journal Acta Palaeontologica Polonica, Kazutaka Amano of the Department of Geoscience at Joetsu University of Education and Crispin Little of the School of Earth and Environment at the University of Leeds describe new Provanna fossils from a Miocene Cold Seep at Kuroiwa in central Honshu, and from two Miocene Whale-falls, one in Shosanbetsu in northwestern Hokkaido and the other in Rekifune in eastern Hokkaido. 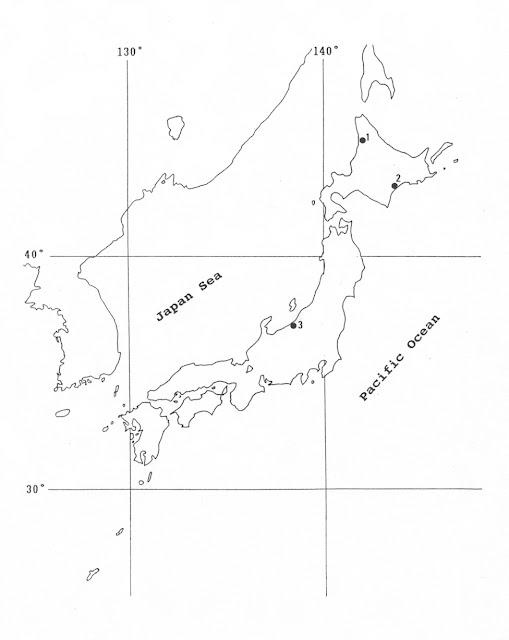 The specimens from the Kuroiwa Hydrocarbon Seep site are described as a new species, Provanna hirokoae, named in honour of Kazutaka Amano's wife. These are medium-sized snail shells, slightly under 10 mm in length, with variable surface patterning. 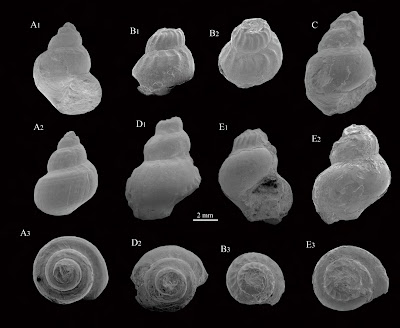 The specimens from the Shosanbetsu Whale-fall site are described as a second species, Provanna alexi, named in honour of Crispin Little's son. These are smaller (up to 6.5 mm), and less variable. 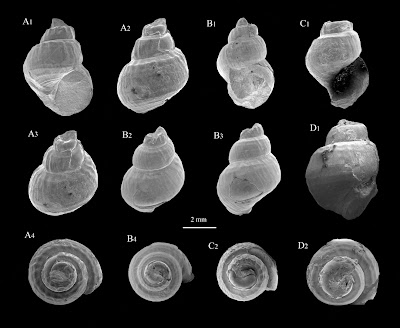 Only two specimens were recovered from the Rekifune Whale-fall site, and these were not well preserved. As such there were described as members of the genus Provanna, but not assigned to a specific species. 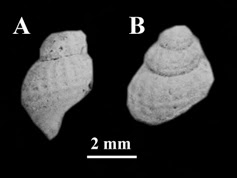