Earthquake off the north coast of Iceland.

On Sunday 21 October 2012, at 1.25 am local time (which is GMT), the United States Geological Survey recorded a Magnitude 5.7 Earthquake at a depth of 9.9 km, roughly 21 km north of Siglufjordur on the north coast of Iceland. This is a large Earthquake, and quite shallow, and could potentially be very dangerous onshore, though it is unlikely to have caused much damage this far from land. Potentially this quake could have been felt onshore, though it is possible that nobody noticed it due to its remote location and the hour at which it occurred. 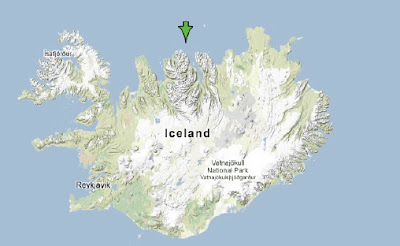 Map showing the location of the 21 October quake. Google Maps.


Iceland lies directly upon the Mid-Atlantic Ridge, a chain of (mostly) submerged volcanoes running the length of the Atlantic Ocean along which the ocean is splitting apart, with new material forming at the fringes of the North American and European Plates beneath the sea (or, in Iceland, above it). This leads most obviously to the famed volcanicity of Iceland; but Earthquakes here are very common too, with the Iceland Met Office recording over a hundred quakes on or around the island on 21 October (most considerably smaller). 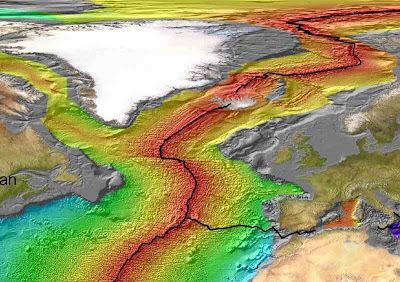 
See also Large Earthquake near Jan Mayen Island, Earthquake in the Azores, Magnitude 6.2 Earthquake north of Norway, The dangers of a modern Laki style eruption in Iceland and Earthquakes on Sciency Thoughts YouTube.