Ants of the genus Tetramorium are one of the most successful and and numerous groups of Ants, with nearly 500 species described globally. They are at their most abundant in tropical Africa, where there are at least 230 described species, but are common throughout the Old World. Only 13 species have been described from the Americas. The common European Pavement Ant (Tetramorium caespitum) is a member of the genus.

In a paper published in the journal ZooKeys on 11 July 2012, Himender Bharti and Rakesh Kumar of the Department of Zoology & Environmental Sciences at Punjabi University announce the discovery of two new species within the genus Tetramorium from India, and in addition the discovery of three species in northwest India not previously recorded within that part of the country. 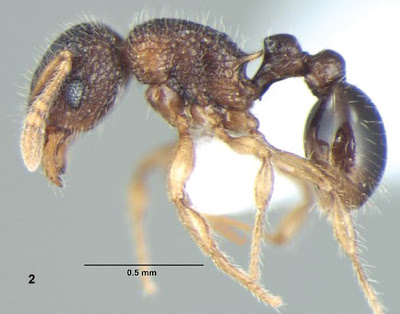 The second new species described is named Tetramorium triangulatum, a name which refers to the triangular propodeal spines (spines on the back of the thorax) of the Ants. This species is also from the Shivalik Mountains, and was collected from soil samples in Himachal Pradesh, Punjab and Uttarakhand States, at altitudes of between 250 and 940 m. The species is described from 48 workers, 25 queens and 32 male Ants. 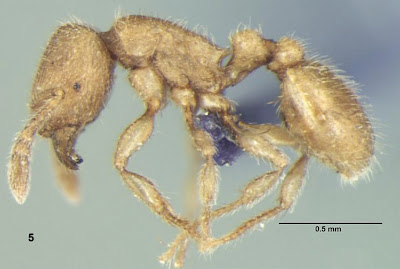 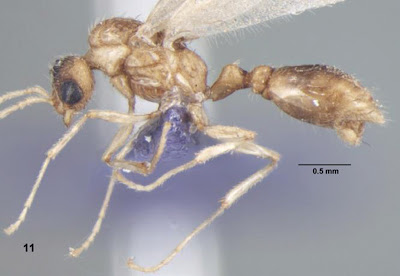 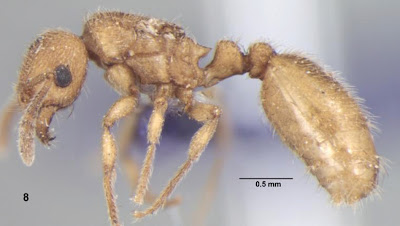 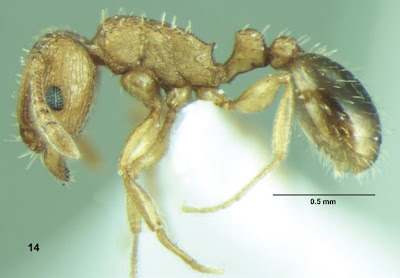 The second species found in the area for the first time is Tetramorium tonganum, which was found to be fairly widespread in the Shivalik Mountains, being collected from a number of sites in Himachal Pradesh and Uttarakhand. Worker, queen and male ants were all discovered, and the male of the species described for the first time. The species has previously been described from Tonga, Sri Lanka, Malaysia, Japan, The Philippines and a number of Pacific islands. 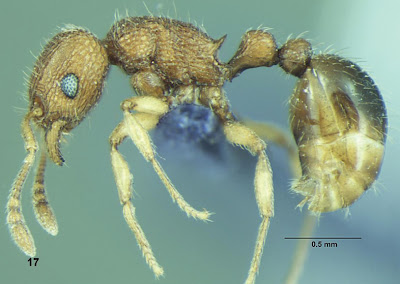 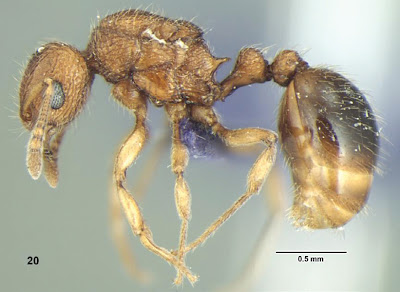 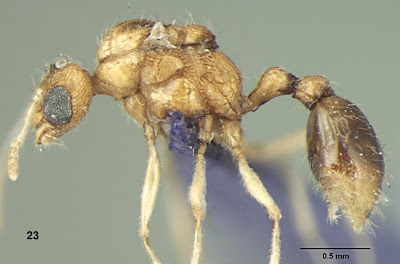 The final species recorded is Tetramorium urbanii, previously described from Bhutan and now described in India for the first time, from two workers found in Shillong in Meghalaya State in the northwest of India. 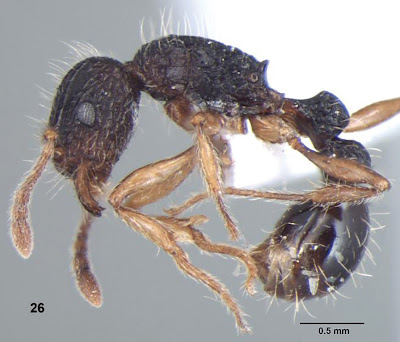 See also Ants in the diet of a Cambodian Pitcher Plant, New species of Ghost Ant named after Edward O. Wilson and Evidence of fungal parasites modifying the behavior of ants from the Eocene Messel Shale.