Earthquake in the Gulf of California.

On Monday 8 October 2012, slightly after 25 minutes past midnight local time (slightly after 6.25 am GMT) the United States Geological Survey recorded a Magnitude 6.0 Earthquake 9.9 km beneath the southern part of the Gulf of California in Mexico. This is quite a large quake, at quite a shallow depth, and onshore would no-doubt have caused considerable problems, but the location of the tremor was over 50 km offshore, and it does not appear to have caused any damage or casualties, though witnesses recorded feeling the quake on both sides of the Gulf. 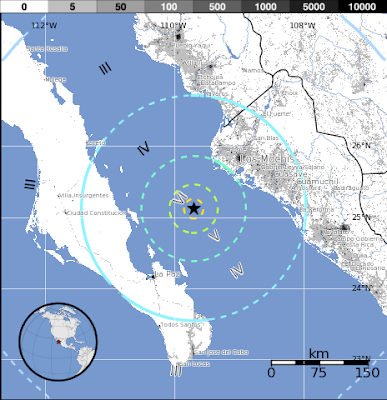 Map showing the location of the 8 October 2012 quake, and the areas which felt the worst shaking. USGS. 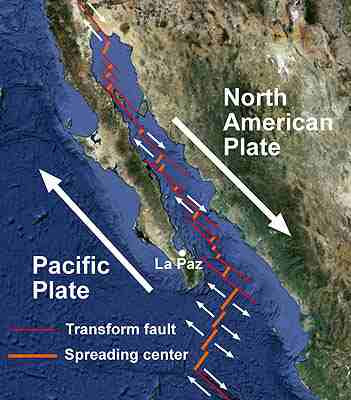 Map showing the relative movement of the Pacific and North American Plates, and the fault system beneath the Gulf of California. Monterey Bay Aquarium.