23 Miners still trapped after cave-in at gold and copper mine in Indonesian West Papua.

A cave in at a mine in Indonesian West Papua on Tuesday 14 May 2013 has killed five workers, with another 23 still trapped inside a tunnel. The incident happened at the Grasberg Mine, operated by Arizona-based Freeport-McMoRan Copper & Gold. The Grasberg Mine is the world's largest gold mine, and third largest copper mine, employing over 19 000 workers. 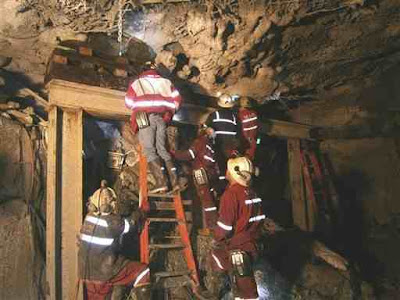 Rescue Workers in a tunnel at the Grasberg Mine on 17 May 2013. PT Freeport Indonesia/AP.


The Grasberg Mine comprises an open pit mine covering 24 700 acres, and an 'exploration zone' covering a further 500 000 acres; the 14 May incident occurred in a tunnel used for training purposes. The mine has previously suffered from landslides during the monsoon season, which have been linked to over-steep sides in the main pit. The area is also prone to Earthquakes. The mine has been plagued by other problems. The facility has come under attack by the Free Papua Movement (who seek independence from Indonesia) on a number of occasions, which has provoked brutal reprisals from the Indonesian security forces, reportedly involving hundreds of deaths. The site is accused of being responsible for severe environmental problems in the region, where local rivers are described as almost devoid of fish, due to mine tailings and acid runoff entering the water system. The site has been subject to investor boycotts and has had difficulty in gaining insurance due to environmental violations. The site has also suffered several strikes due to workers complaining about low wages and lack of safety. 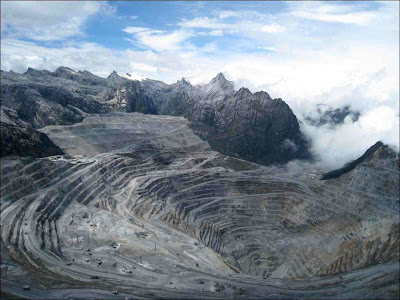 The main open pit at the Grasberg Mine - described as the 'Earth's biggest hole in the ground'. West Papua Media.

Operations at the mine have ceased while rescue attempts continue. Workers are said to be holding a sit-in on a road close to the site.