Fossil Pandas from the Middle Miocene of Spain.

Giant Pandas, Ailuropodinae, are highly specialized members of the Bear Family, Ursidae, adapted to eat a diet of tough, woody plants, principally Bamboo. Only one species of Giant Panda lives today, but several fossil species are known, the earliest being the 8 million year old Ailurarctos lufengensis, from the Late Miocene of China, leading palaeontologists to conclude that the lineage probably diverged from other members of the Bear Family in Central Asia in the Early Miocene.


In a paper published in the journal PLoS One on 14 November 2012, a team of scientists led by Juan Abella of the Museo Nacional de Ciencias Naturales-Centro superior de Investigaciones Científicas in Madrid, describe a new species of Giant Panda from two specimens from the Middle Miocene of northeastern Spain, thought to be between 11.2 and 11.8 million years old.


The new fossils are named as Kretzoiarctos beatrix, where Kretzoiarctos means 'Kretzoi's Bear' after Miklós Kretzoi, a prominent Hungarian Palaeontologist of the mid-twentieth century. The specific name comes from Agriarctos beatrix, a species name that was given to two teeth found from the same area in 2011; this is now considered to belong to the same species as the new material, and removed from the genus Agriarctos. The new material comprises a fragmentary right mandible. 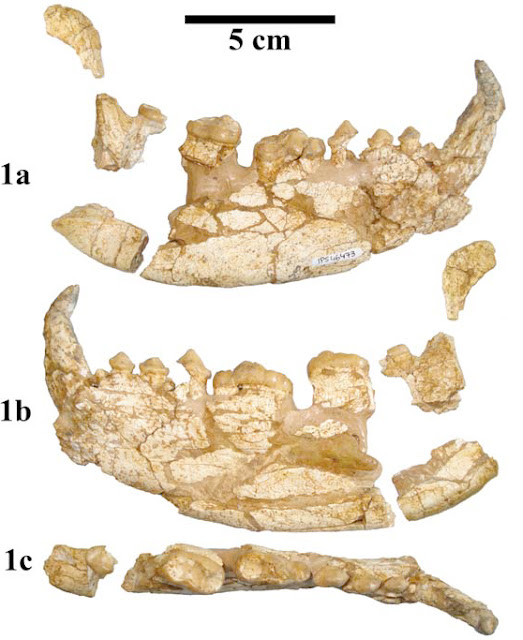 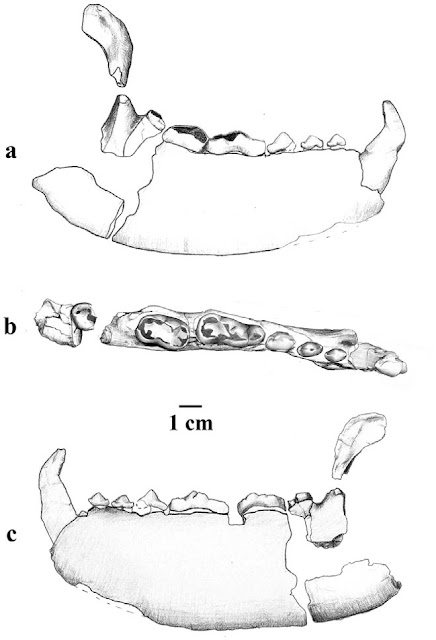 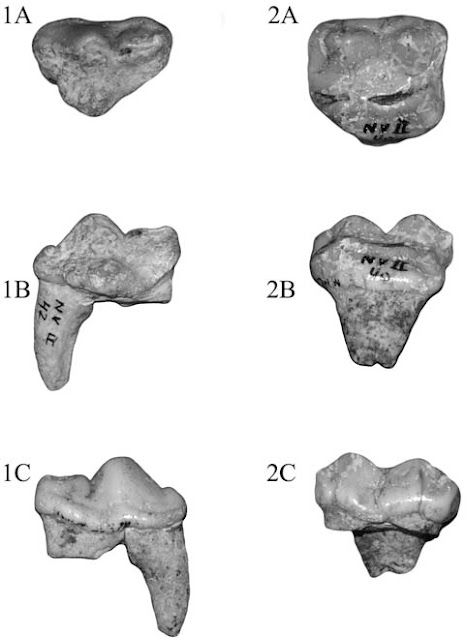 See also The origin of domestic dogs, What killed the Australian Thylacine and Did Spotted Hyenas colonize Britain once or twice?