A railworker was killed by a mudslide in McDowell County, North Carolina, in the early hours of the morning of 6 May 2013. He has been named as Joseph Drewnoski (33) an assistant foreman with rail company Norfolk Southern, who had been inspecting the site of an earlier mudslide on Old Fort Mountain, when their track vehicle was hit by a second slide. A second worker was trapped inside the vehicle for some time, but was rescued unharmed, however Drewnoski, who was outside the vehicle at the time of the mudslide  was buried and killed. 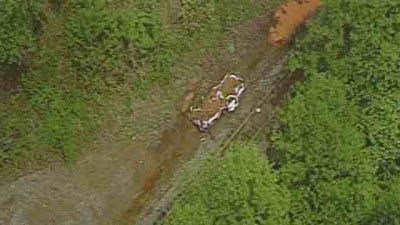 
The western North Carolina area has suffered several days of exceptional rainfall (as has much of the American Midwest), including about 12 cm of rain over the previous two days, causing localized flooding, power outages and a number of road closures due to mudslides. High levels of precipitation in the Appalachian Mountains are generally associated with warm temperatures over the Gulf of Mexico and western Atlantic Ocean, and can be a precursor of hurricane events.