Three people, including a boy of about five, were killed when a landslide hit three cars on a busy road in Lushan County in central Sichuan Province, China, on Thursday 7 May 2013. A further six people needed hospital treatment after the incident. Central China has suffered a week of heavy rains, leading to flooding across several provinces and the loss of several lives. It is likely that this lead to waterlogged sediments that gave way during the landslide. The area was also stuck by a Magnitude 7 Earthquake in April, which may have weakened the structure of the hillside above the road. 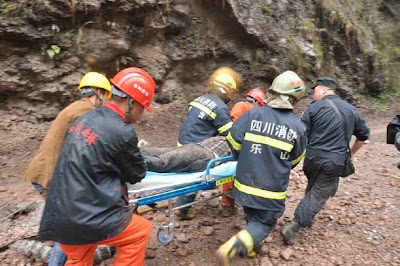 A rescue team rushing a survivor from the scene of Thursday's landslide in Sichuan Province. Xinhua. 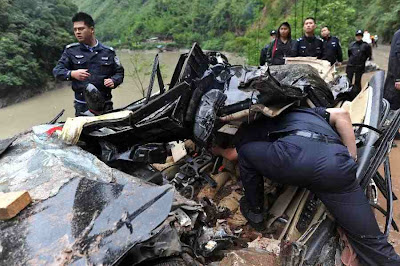 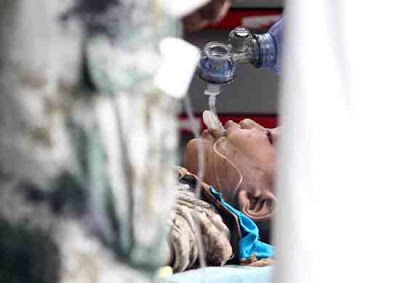