The British Geological Survey recorded a Magnitude 1.1 Earthquake at a depth of 3 km beneath Salford, Greater Manchester, slightly after 5.00 am British Summertime (slightly after 4.00 am GMT) on Wednesday 25 June 2014. This was not a large quake, and there was no danger of any damage or injuries, though people did report feeling it locally. 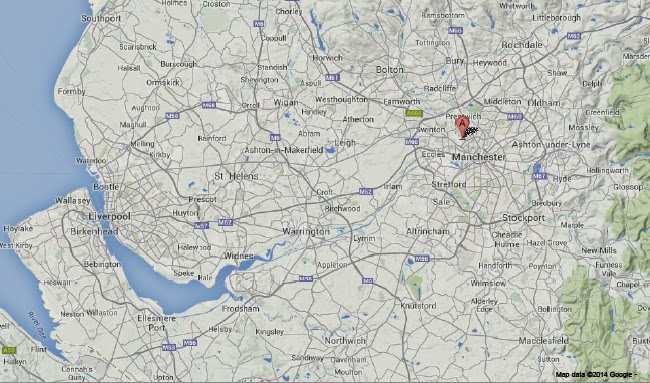 The approximate location of the 25 June 2014 Salford Earthquake. Google Maps.


Earthquakes become more common as you travel north and west in Great Britain, with the west coast of Scotland being the most quake-prone part of the island and the northwest of Wales being more prone  to quakes than the rest of Wales or most of England.

Magnitude 1.5 Earthquake to the northeast of Wigan.

The British Geological Survey recorded a magnitude 1.5 Earthquake at a depth of 8 km, about 1 km to the northeast of Wigan, in...

The British Geological Survey recorded a Magnitude 1.8 Earthquake at a depth of 4 km approximately 5 km north of the village of...

Magnitude 2.6 Earthquake of the Lancashire coast.

The British Geological Survey recorded a Magnitude 2.6 Earthquake at a depth of 10 km, beneath the Irish Sea roughly 30 km off the...