Eumerus druk: A new species of Hoverfly from Bhutan.

Hoverflies, Syrphidae, are often large and attractively coloured Insects that are frequently found on flowers and play a vital role in ecosystem services as pollinators. In contrast to other members of the group, the majority of the species from the very genus Eumerus are inconspicuously dark coloured, sometimes with metallic bronze-green or even golden luster or bluish sheen, and they are more often than not found on the ground or on rocks. With the wings folded over the abdomen, the metallic luster is obscured when in rest. For the same reason, the bright-red abdomen of some species is less conspicuous when in rest. The genus is widespread in the Old World and Australia and introduced to the Americas.

In a paper published in the journal ZooKeys on 27 January 2020, John Smit and Theo Zeegers of the Naturalis Biodiversity Center, and Phurpa Dorji of the Gross National Happiness Commission, and the Bhutan Royal Society for Protection of Nature, describe a new species of Eumerus from Bhutan.

The new species is named Eumerus druk, where 'druk' means 'dragon' in Dzongkha, the Sino-Tibetan language spoken in Bhutan, and refers to the official name of the kingdom: 'Druk yul' (country of the Dragon people, or the Land of the Thunder Dragon). It is is only known from the type series collected at the Royal Botanical Garden in Thimphu, Bhutan, but it likely has a wider distribution in the Himalayas.

The body of Eumerus druk is a coppery-gold colour with a dense coating of black hairs, the five males found are 7.5-8.5 mm in length with a wing length of 5.5-6.5 mm, while the only known female is 7 mm long with a wing length of 6 mm. Eyes are black and holoptic (meet along the median dorsal line of the head), covering much of the exterior surface of the head, these have a thin covering of white hairs, areas of the head not covered by the eyes have a thicker coating of white hairs. The males of Eumerus druk have tufts of long while hairs on their third and fourth thoracic segments, something not known in any other species of Eumerus. 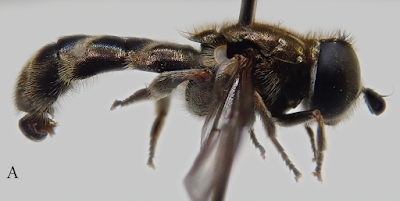 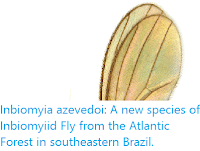 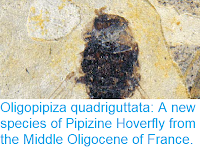 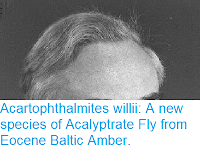 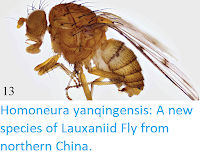