Necrosyrtes monachus: Around a thousand Hooded Vultures have died in Guinea Bissau in the last few days.

The Vulture Conservation Foundation has reported the deaths of around a thousand Vultures, the majority of them the Critically Endangered Hooded Vulture, Necrosyrtes monachus, in Guinea Bissau, since 23 February this year (2020). The Vultures have been found in groups, mostly around the towns of Bafatá and Gabu, suggesting that whole populations are being hit simultaneously, with witnesses reporting that the Birds seemed to foam at the beak before dying, and were showing signs of extreme thirst, which may be indicative of strychnine poisoning, possibly by people trying to control feral Dogs, which are a considered a problem in the area. 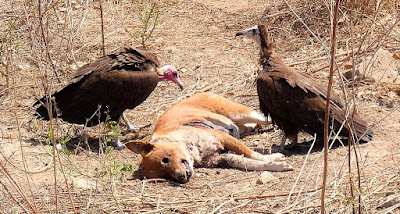 Hooded Vultures are classed as Critically Endangered under the terms of the International Union For the Conservation of Nature’s Red List of Threatened Species (there are only two higher categories, ‘Extinct in the Wild’ and ‘Extinct’). They were once widespread across much of sub-Saharan Africa, but have died out or suffered massive population losses across much of their former range. One of the few areas where populations have remained reasonably stable encompasses Guinea Bissau, the Casamance area of Senegal, and The Gambia, which makes a sudden, large, die-off of the Birds in this region particularly alarming. If the cause of the deaths is poisoning, then it is likely that the deaths will remain confined to one region, but if they are the result of an unknown disease, then there is a possibility that the die-off may spread to other Vulture populations. Unfortunately Guinea Bissau is one of Africa's poorest nations, and has been suffering from political instability for some years, with the effect that the country has few veterinary or medical facilities capable of carrying out tests to determine the cause of the deaths. 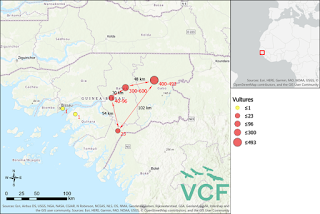 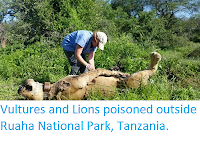 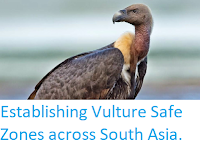 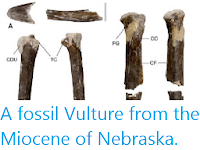