Trying to understand the relationship between Sun-spot activity and Whale strandings.

Relatively little is known about the cues Whales use while migrating. Visual cues in the ocean are often limited, which may drive oceanic migrators to use other sensory modalities, such as the ubiquitous geomagnetic field. While it is impractical to perform behavioral assays on Whales, strandings have been recorded for decades, and may provide insight into whale migration. Many strandings document that the individual was neither ill nor injured and resumed normal activity following rescue. It is therefore possible that a portion of these animals stranded due to navigational errors. 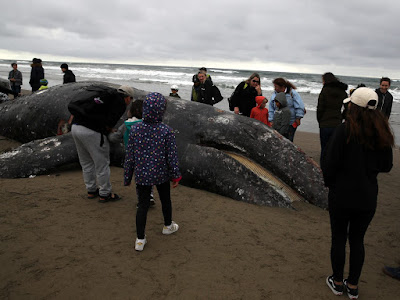 Although many factors impact strandings (e.g. naval mid-frequency sonar, disease, etc.), Granger et al. focused on whether strandings can be used to study the potential for magnetoreception in migratory Whales. Previous studies have used spatial patterns in strandings to suggest the potential for magnetoreception in Cetaceans. They used 31 years of Gray Whale, Eschrichtius robustus, stranding data (186 individual events) to build on earlier work that found a positive relationship between strandings and sunspot counts. Sunspots are strongly correlated with solar storms, sudden releases of high-energy particles from the sun that modify the geomagnetic field and thus have the potential to disrupt magnetic orientation behavior. Granger et al. examined relationships between strandings and two aspects of Earth’s magnetosphere altered by solar storms, radio frequency noise and displacements in the Earth’s magnetic field. Their results suggest that the increase in strandings under high solar activity is best explained by an effect on the sensor, not on the magnetic field itself.

Granger et al. acquired U.S. Gray Whale stranding data spanning 1985–2018 from the National Oceanic and Atmospheric Administration. THey chose the species because it has one of the longest migrations of any Mammal, an extensive history in the stranding database, and is a near-shore migrator, suggesting that small navigational errors increase the risk of stranding. Each stranding was examined, and o nly those that likely stranded alive with no signs of injury, illness, emaciation, or Human interaction (e.g. entanglement, or boat strikes) were used. While the multi-factorial nature of strandings adds variation to this data set, Granger et al. hypothesize that isolating healthier Whales is a more efficient method to study navigational effects.

Granger et al. examined the frequency of live strandings in relation to sunspot count, and performed a permutation test that demonstrated strandings occurred more often on days with high solar activity. A plausible explanation for this result is that solar magnetic storms are disrupting features of Earth’s magnetosphere and, in turn, affect the whale’s navigational system. Solar storms could have two impacts on magnetic orientation. They could alter the geomagnetic fi eld, leading to false information, or disrupt the animal’s receptor itself, leading to an inability to orient. To better understand how this phenomenon may be affecting the Whales, they examined two effects of solar activity. The first, solar radio flux, is a globally averaged measure of radio frequency noise nominally measured at 10.7 cm wavelength (frequency: 2800 MHz). Solar storms cause an increase in broad-band radio flux noise. Granger et al used 10.7 cm radio flux noise because it has been reliably recorded for the longest time period.  Radio flux noise has been shown to affect magnetic orientation in several species, and thus acts as a proxy for disruption to the receptor itself. The second, Ap-index (daily average level geomagnetic activity), is a measure of displacement in Earth’s magnetic field, and thus acts as a proxy for the accuracy of magnetic information available. 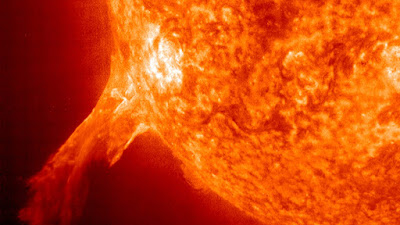 A logistic regression was used to determine whether these effects were due to multicollinearity between solar activity and climate or seasonal effects. Granger et al. looked at the previously described solar variables (radio flux and Ap), along with season (measured as day-of-year), and a well-established parameter that encapsulates climate variability, the Pacific Decadal Oscillation. The Pacific Decadal Oscillation is a recurring pattern of ocean–atmospheric variability, similar to El Niño. It is known to impact tropical storm activity, rainfall patterns, marine ecosystem productivity, and global temperature patterns. Variance infl ation factors show no multicollinearity between these variables.

Granger et al.'s work indicates that the relationships found by previous researchers between strandings and sunspots are robust to additional statistical methods that account for the underlying distribution of the data, collinearity with seasonal or climate variability, and autocorrelation between the time of strandings. There is a history of research on correlations between solar activity and migratory behavior; however Granger et al.'s study is the first to examine potential mechanisms mediating this correlation by examining geophysical parameters that are affected by solar storms. Specifically, they found that this relationship was best explained by increases in radio flux noise rather than alterations to the magnetic field. These results are consistent with the hypothesis of magnetoreception in Gray Whales, and tentatively suggest that the mechanism for the relationship betwee solar activity and live strandings is a disruption of the magnetoreception sense, rather than distortion of the geomagnetic field itself. While these results are consistent with the radical pair hypothesis of magnetoreception, which is predicted to be disrupted by radio flux noise, they do not preclude other possible receptors, such as one based on magnetite. This research is not conclusive evidence for magnetoreception in this species, and further research is still necessary to determine the mechanism for the increase in strandings under high radio flux noise. Finally, while Granger et al. examine only a few aspects that contribute to strandings, many other variables are known to influence live-strandings. 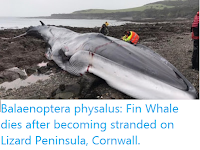 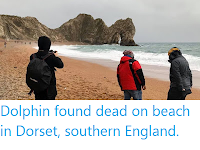 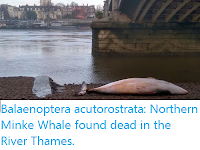 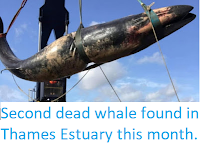