Global Superpredator: How Human predation affects ecosystems in a way unlike that of any other predator.

Humans are known to modify landscapes in ways quite unlike those of any other animal, and the expansion of Human populations has been linked to mass extinctions of large animals around the globe. However exactly why Human predation has such a profound effect is unclear, which has led to the suggestion that the coincident arrival of Human predators and local mass extinction events on each continent during the Pleistocene was in fact a symptom of outside factors, such as climate change, rather than directly attributable to human activity.

Darimont et al. found that in all ecosystems Humans exploited herbivorous Mammals at a similar rate to local non-Human predators, even though this rate of exploitation varied considerably between regions. However unlike any other carnivore Humans show a strong preference for larger prey, consistently taking large, reproductive adults, which are harder to replace, rather than the younger weaker members of the species targeted by other predators. In addition humans target other carnivores at a far higher rate than any other species, killing medium sized predators at an average rate 4.3 times that of any other animal and large predators at an average rate 9.2 times as high as achieved by any other predator. This means that where available Humans will kill large carnivores at a rate 3.7 times as high as that at which they kill herbivores. 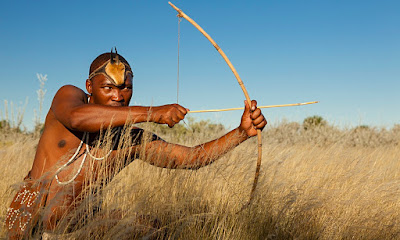 Darimont et al. suggest that Human hunting behaviour impacts ecosystems in a number of ways. Firstly humans have a cultural preference for large prey, which suppresses the ability of populations to recover by removing reproductive adults, and significantly alters selective pressure upon prey species; large size usually helps animals escape predation, thus animals such as Elephants, Rhinoceroses and Whales typically escape all attempts at predation by non-Human predators once they reach adult size, but are particularly vulnerable to attacks by Humans. Humans are also intolerant of other large predators, generally seeking to remove these species even where they are not consumed. This behaviour is strongly driven by cultural factors, most obviously the prestige of bringing down the largest most ferocious prey; though these cultural assumptions also drive conservation-orientated decisions, for example fishing restrictions typically restrict the taking of smaller immature Fish, while allowing the taking of larger specimens. 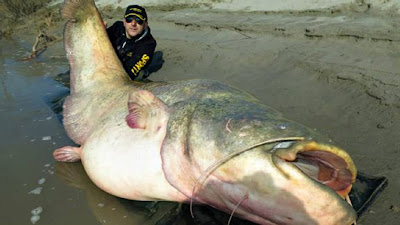 Italian trophy fisherman Dino Ferrari with a 127 kg Catfish caught with a rod-and-line in the River Po in Februaury 2015. After photographing the catch Mr Ferrari released it back into the wild. Sporting News.

Secondly division of labour and rapid cultural evolution among Humans presents a unique threat to prey species, resulting in Human groups constantly producing novel Hunting methods quicker than prey species can adapt, from stone tools and a symbiotic relationship with Dogs in the Pleistocene to hydrocarbons-fuelled vehicles and satellite-tracking systems in the twenty-first century. This has effectively decoupled Humans from the impact of overhunting, as Human populations are able to support small numbers of highly specialized hunters even where prey species are depleted, through agriculture and trade systems which provide food from distant sources. Human long-distance trade also presents a unique drain on nutrients from ecosystems, as the remains of prey consumed by non-Human predators typically re-enters the local environment, whereas that consumed by Humans is often removed to distant parts of the globe, and typically ends up in either sewage systems or landfill sites. 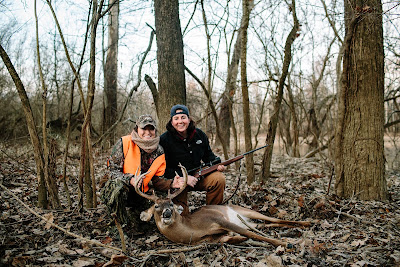 Finally Darimont et al. present a number of measures that would be needed to integrate these findings into conservation efforts. Many conservationists have already suggested that the recovery of natural ecosystems would require humans to become far more tolerant of other large predators, a suggestion which Darimont et al.’s findings support. They also emphasize the need for far tighter controls on fisheries catches, particularly by large fishing vessels which target waters far from their home ports. Darimont et al. note that even the most stringent current fishing restrictions allow harvesting at a rate roughly four times as high as that achieved by non-human predators. Finally the achievement of sustainable hunting by Humans would require a radical shift in the way in which we choose prey from within target populations; this would be challenging both culturally and technologically as it would require a move from targeting large, reproductively significant adult prey (which provide status to the hunter and which are also easily targeted with modern firearms) to smaller, more easily replaced, juvenile animals (which are generally seen as low status kills, as well as being harder to target with modern hunting weapons). 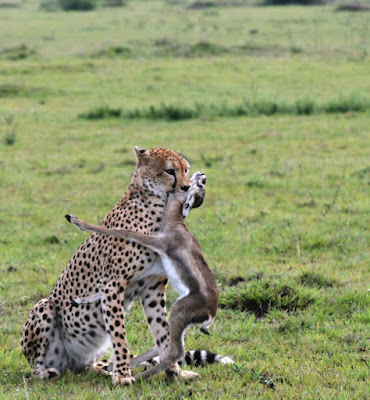 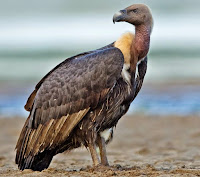 Malayan Pangolin classified as Critically Endangered.
The International Union for the Conservation of Nature's Species Survival Commission Pangolin Specialist Group at the Zoological Society of London published a report on 29 July 2013 warning... 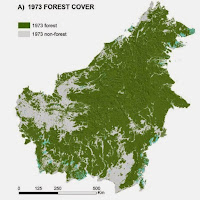 Mapping deforestation on Borneo.
Industrial scale timber extraction began on Borneo in the 1970s and during the period 1980 to 2000 more timber was harvested from Borneo than from Africa and the Amazon Basin combined. In addition much forest has been cleared to make way for monoculture plantations, for the palm oil, rubber and timber industries, as well as being burned in forest fires.  For this reason the island is often assumed to be a hopeless case...