Isaberrysaura mollensis: A Neornithischian Dinosaur from the Middle Jurassic of Patagonia, with preserved gut contents.

Neornithischian Dinosaurs (the group which includes Ceratopsids, Iguanadontids, Hadrosaurs etc.) were the dominant large terrestrial herbivores in many ecosystems in the Late Jurassic and Cretaceous, along with their sister group the Thyreophorans (Ankylosaurs and Stegosaurs). Curiously neither of these groups is known from South America, despite the fact that this continent has some of the best Dinosaur-preserving strata in the world and was attached to several other continents for much of the Jurassic. Instead South American deposits have produced a more diverse range of herbivorous Sauropod Dinosaurs than is known elsewhere, with the only Ornithischian Dinosaurs known being some primitive Heterodontids from the Middle Jurassic.

The new Dinosaur is named Isaberrysaura mollensis, where ‘Isaberrysaura’ honours the discoverer of the specimen from which the species is described, Isabel Valdivia Berry, and ‘mollensis’ means ‘from Moll’, the specimen having come from the Los Molles Formation at the Los Molles location in Neuquén Province, Argentina. The species is described from a single partial specimen comprising a nearly complete skull plus 6 cervical vertebrae, 15 dorsal vertebrae, a sacrum with a partial ilium and an apparently complete pubis, 9 caudal vertebrae, part of a scapula, ribs, and unidentifiable fragments and what appears to be some gut contents.

Location of the gut content in the reconstructed skeleton of Isaberrysaura mollensis. Salgado et al. (2017).

Isaberrysaura mollensis has a number of distinctly un-Neorithischian traits, including heterodont dentition and a long, flat, Stegosaur-like skull. However a series of computerised phylogenic analyses run using different sets of pre-published data all recovered the species as an early member of the Neornithischian clade. 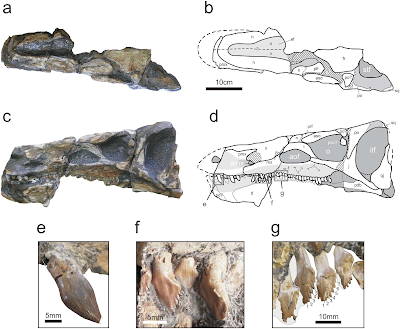 
The gut contents of Isaberrysaura mollensis are particularly interesting, as while there has been a great deal of speculation about the diets of large, herbivorous, Dinosaurs, surprisingly little direct evidence has been found. The heterodont dentition of the specimen would seem to suggest an omnivorous diet. However, the gut contents of the specimen, which are interpreted as such due to their position within the skeleton close to the posterior ribs in the middle-posterior part of the thoracic cavity, comprise a mass of permineralized seeds. These come in two types, with the larger seeds having three layers, an outer fleshy sarcotesta, the sclerotesta, and the inner layer, possibly corresponding to the nucellus, and the smaller seeds being harder to differentiate. 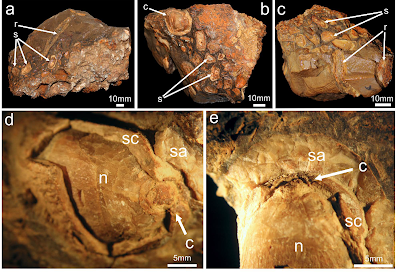 These large, three-layered, seeds are interpreted as being Cycad seeds, which have a similar structure, in which the seed is covered by an outer sarcotesta of soft tissue that is normally digested and an inner sclerotesta of hard tissue that contains high levels of toxins (also found in the stems, leaves and seeds of the plants) and which is not normally digested and ensures safe passage of the endosperm through the digestive tract. In modern environments, these are consumed by large Mammals such as Elephants and Peccaries, which do not chew the seeds in order to avoid releasing the toxins. The seeds in the gut of Isaberrysaura mollensis are also unchewed, suggesting that this ecological strategy has already evolved by the Middle Jurassic, albeit with the Cycads having a different animal partner. 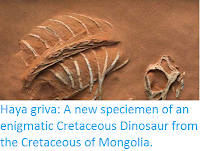 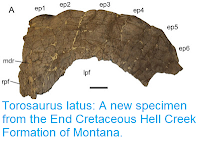 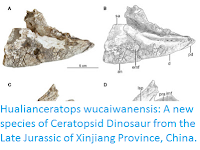 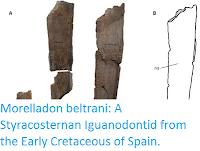 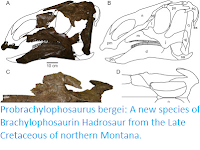