Asteroid 2019 XN passed by the Earth at a distance of about 931 000 km (2.43 times the average  distance between the Earth and the Moon, or 0.62% of the distance between the Earth and the Sun), at about 11.45 am GMT on Friday 6 December 2019. There was no danger of the asteroid hitting us, though were it to do so it would not have presented a significant threat. 2019 XN has an estimated equivalent diameter of 5-17 m (i.e. it is estimated that a spherical object with the same volume would be 5-17 m in diameter), and an object of this size would be expected to explode in an airburst (an explosion caused by superheating from friction with the Earth's atmosphere, which is greater than that caused by simply falling, due to the orbital momentum of the asteroid) in the atmosphere between 40 and 25 km above the ground, with only fragmentary material reaching the Earth's surface. 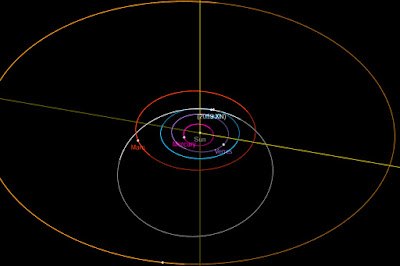 2019 XN was discovered on 3 December 2019 (four days before its closest encounter with the Earth) by the University of Arizona's Mt. Lemmon Survey at the Steward Observatory on Mount Lemmon in the Catalina Mountains north of Tucson. The designation 2019 XN implies that the asteroid was the thirteenth object (asteroid N - in numbering asteroids the letters A-Y, excluding I, are assigned numbers from 1 to 24, with a number added to the end each time the alphabet is ended, so that A = 1, A1 = 25, A2 = 49, etc., which means that N = 13) discovered in the first half of December 2019 (period 2019 X). 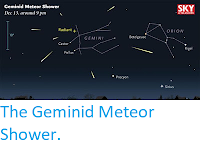 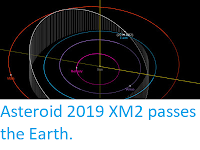 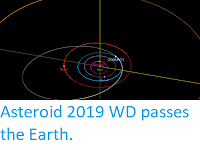 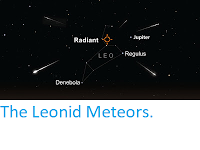 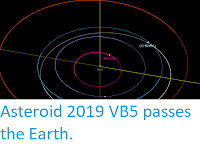