Fireball Meteor over the West Midlands region of England.

The UK Meteor Observation Network has received reports of a bright fireball meteor being seen over much of the England, Scotland, Wales and parts of Ireland, Belgium and the Netherlands slightly after 9.55 pm GMT on Sunday 28 February. These are typically caused by pieces of rock burning up in the atmosphere, but can be the result of man-made space-junk burning up on re-entry. 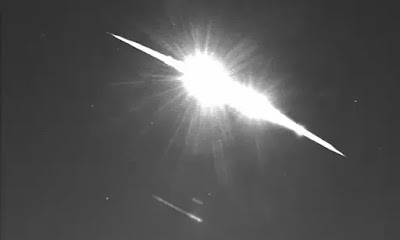 The object was seen moving from east to west over Herefordshire, Worcestershire, and Warwickshire, apparently entering the atmosphere somewhere over eastern Herefordshire, and exploding in an airburst (an explosion caused by superheating from friction with the Earth's atmosphere, which is greater than that caused by simply falling, due to the orbital momentum of the asteroid) near Leamington Spa.

Map showing areas where sightings of the meteor were reported, and the route of the object (blue arrow). American Meteor Society.
These 'dark objects' do not continue along the path of the original bolide, but neither do they fall directly to the ground, but rather follow a course determined by the atmospheric currents (winds) through which the objects pass. Scientists are able to calculate potential trajectories for hypothetical dark objects derived from meteors using data from weather monitoring services.
Witness reports can help astronomers to understand these events. If you witness a fireball-type meteor over the UK you can report it to the UK Meteor Observation Network here.
See also... 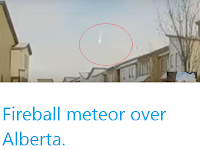 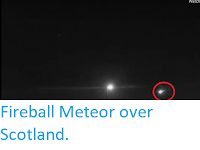 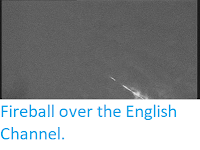 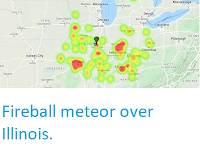 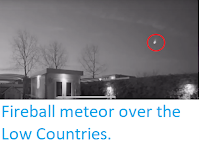