Hunting preferences in Chimpanzees, and their implications for early Human hunters.

Chimpanzees, Pan troglodytes, are one of our closest non-Human relatives (along with Bonobos, Pan paniscus), sharing 96% of our genome, and many behavioural traits. Due to this, Chimpanzee behaviour is often used as a proxy for early Hominid behaviour (Hominids being Humans, and anything more closely related to Humans than it is to Chimpanzees and Bonobos). Chimpanzees were for a long time thought to be herbivorous, but the numerous studies of these Apes carried out since the 1960s have shown them to be omnivores, which actively hunt a wide range of prey, including smaller Primates, Chimpanzees are now known to engage in cooperative group hunting using a range of stone tools, which makes understanding this aspect of their behaviour particularly intriguing to scientists trying to understand the origins of such behaviours in Hominids.

The optimal foraging theory predicts that an Animal will chose prey that provides the maximum energetic return from capturing and consuming it without getting injured in the process. Chimpanzees are particularly interesting in this regard, as different groups of Chimpanzees favour different types of prey, and use different tools and hunting techniques, traits which are identified as evidence for the development of distinct cultures among different groups. Notably, many Chimpanzees live in areas where there is a marked seasonal variation in prey availability, requiring them to switch hunting techniques while still accessing the best available prey. This is predicted to be the largest size of prey that can be captured safely by Chimpanzees in any area at any given time, with Chimpanzee cultural traits evolving to maximise this return. Meat derived from hunts is divided among the group, with the first choice of meat usually going to the most mature members of the group, thereby promoting collaboration within the group over solitary hunting. 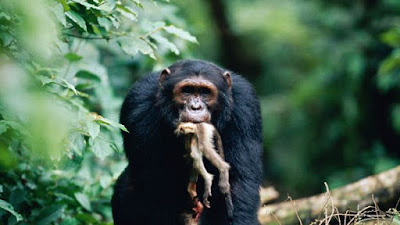 Bugir et al. sought out data on both the prey type selected by Chimpanzees, and abundance data on the prey being taken, excluding from their study previous research where this was not provided and could not otherwise be determined. They were particularly interested in the prey species taken, the availability of those prey species, the number of each type of prey taken, the type of tools used to capture the prey, and the size and sex ration of hunting groups, and size of the prey in kilograms.

In some cases data on prey bodyweights were not available, but it was possible to estimate this from other studies of the prey species. The mean adult bodyweight of a male Chimpanzee was estimated at 41.2 kg, based upon data from previous studies, which was used as the standard against which prey bodyweight could be compared, as adult male Chimpanzees are the members of the group which do the most hunting.

Bugir et al. found a total of thirteen usable studies from four different localities, two in Uganda and two in Tanzania, and covering the period from 1984 to 1997. This yielded data on 20 prey species, hunted at 76 differnt times and places. Eleven of the 20 prey species were targeted on three or more occasions, which was deemed sufficient data for further analysis. 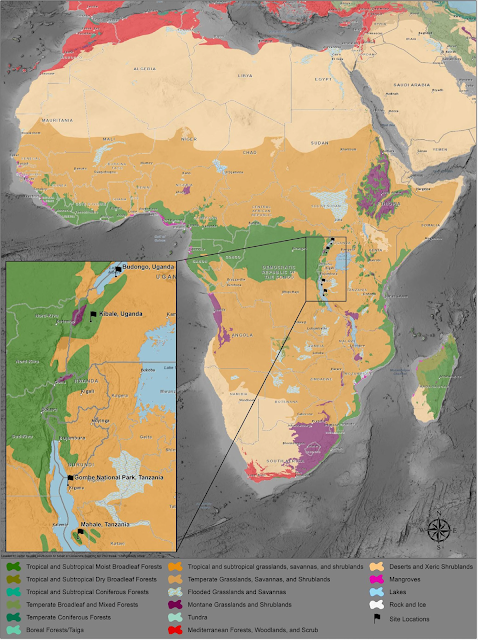 The four sites where data on Chimpanzee predation were obtained. Bugir et al. (2021).

The most favoured prey of the Chimpanzees at three of the four study sites was the Ashy Red Colobus Monkey, Piliocolobus tephrosceles. Infant and juvenile Bushbuck, Tragelaphus scriptus, and Western Guereza Colobus Monkey, Colobus guereza occidentalis, were all taken preferentially when available. However, Bugir et al. do note that their study was based upon a series of snapshots, and could have missed important changes in prey preference.

The Chimpanzees also appeared to avoid certain potential prey species, notably Olive Baboon, Papio anubis, Blue Duiker, Philantomba monticola, Gentle Monkey, Cercopithecus mitis, and Red-tailed Monkey, Cercopithecus ascanius. This appears to indicate that Chimpanzees have an upper size preference for prey at about 7.6 kg, with species larger than this being avoided, and those slightly below it being preferred. This indicates that an adult male Chimpanzee will take prey up to 18% of its own size. 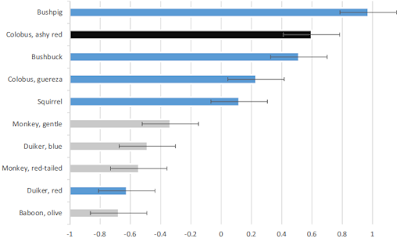 Chimpanzee prey preferences determined by mean Jacobs’ index values ±1 SE calculated from 13 studies at four sites. Significantly preferred prey, taken in excess of their abundance, are delineated by black bars. Gray bars denote significantly avoided prey which are less likely to be pursued irrespective of their abundance. Blue bars are prey that are taken or avoided according to their availability. Bugir et al. (2021).

There is also an apparent relationship between the sex ratio within a group, and the likelihood that the Chimpanzees will develop a preference for certain types of prey. This appears to be a far greater contributing factor than group size, prey body weight, or hunting method.

Having preferred prey species and avoiding potential prey which is to large to be taken safely is a trait that Chimpanzees share with other predators; in the case of Chimpanzees the upper size limit for prey appears to be about 7.6 kg. Larger prey, such as Baboons or Ungulates, are generally avoided, although immature members of these species may be hunted. This is a much lower threshold than that of Humans living in hunter-gatherer societies, who will typically take prey up to a limit of 276% of the size of an adult female. Meat plays an important role in the diet of both species, but is clearly much more important to Humans, with up to 60% of the diet of Humans living in hunter-gatherer societies coming from Animals, including about 35% from Mammals, while the Chimpanzee diet is typically about 4% meat. This suggests that the preference for meat may have been a major driver in the brain-size increase seen in Humans compared to Chimpanzees, and that Chimpanzees cannot be seen as apex predators in the way that Humans, Lions, and Tigers are.

The largest driver of variation in prey choice appears to be the sex ration within groups of Chimpanzees, with groups with a high proportion of males taking a much wider range of prey. In all Chimpanzee groups males are the primary hunters, but females sometimes join hunting expeditions, and make use of tools when they do so.

The main purpose in hunting among Chimpanzees appears to be social, whereas in Human hunter-gatherers meat is a substantial part of the diet, and thus Humans appear to fit the optimal foraging model better than Chimpanzees, with Humans efficiently hunting a wide range of prey, with masses ranging from 2.5 kg to 535 kg, using techniques that are safe to themselves and which yield high energy returns. However, Humans may be being driven to target a wider range of prey by their own success, with many Human hunters living in 'empty forests' in which the majority of potential prey species have either been wiped out, or are present at only very low densities.

Despite the differences in hunting emphasis, the 'empty forests' phenomenon may not be exclusive to Humans, with the Chimpanzees of the Kibale National Park in having apparently become so efficient at hunting Red Colobus Monkeys that that species is in danger of being wiped out in the area, which presumably would in turn result in the Chimpanzees being forced to switch to alternative prey. 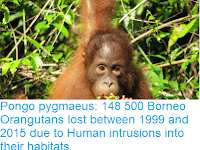 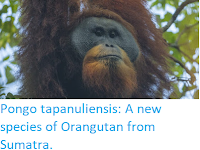 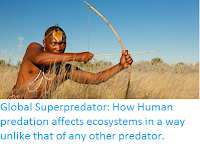