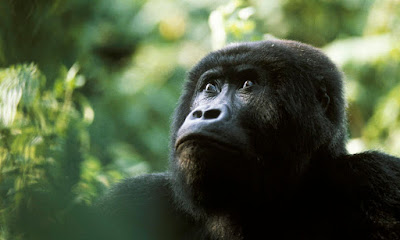 
The only previous attempt at surveying the population of the Graur's Gorrila took place in 1994-95, when conservationists surveyed the population in the Kahuzi-Biega National Park, thought to be home to about 86% of the species' population, coming up with a figure of 16 900 individuals, on top of which it is thought there were a further 1000-2000 individuals in the Tayna-Usala region. Since this time the civil war in Rwanda in 1994 led to hundreds of thousands of refugees to flee into eastern Democratic Republic of Congo, destabilizing the area and helping to trigger the Congolese civil war of 1996-2003 which killed an estimated five million people, and destroyed much of what little infrastructure existed in the east of the country. This situation was further exasperated by refugees and militia groups fleeing conflicts in South Sudan and Uganda, and by military incursions by several neighbouring countries seeking access to the area's rich reserves of gold and coltan minerals.

This has led to a situation where much of the east of the Democratic Republic of Congo was in the hands of a variety of militia groups, many of which also control mining encampments, and are at least in part dependent on bushmeat (hunted game) for sustenance. Gorillas are often considered a valuable target by bushmeat hunters, as their large size means they provide a large amount of meat for a single kill, and their ground-dwelling habit makes them easier to track than the semi-arborial Chimpanzees. Against this background the Congolese parks authorities have struggled to re-assert their authority in the region, with more than 150 rangers from the Institut Congolais pour la Conservation de la Nature having been killed in action over the past 20 years. 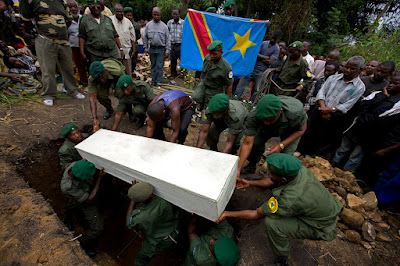 The funeral of an ICCN Ranger killed in the line of duty. Virunga National Park/Fallen Rangers Fund.

Plumptre et al. collected data from foot surveys made by park ranger and community ecogaurds (who operate on community run reserves) between 2011 and 2015. They were able to collect data from the Itebero-Lulingu and Nzovu sectors of the Kahuzi-Biega National Park, which were surveyed in 1994-95, plus the Kasese sector of the Kahuzi-Biega National Park, the Concession Forestière Communautaire des Banisamasi and the Tayna and Kisimba-Ikobo reserves, which were not. 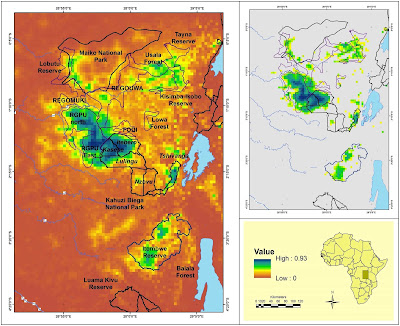 Map of the probability of presence for Grauer's gorilla. Occupancy probability was mapped using three covariables (tree cover, altitude and distance to recent deforestation) and a spatial autocorrelation (left panel). The probability threshold maximising the TSS was 0.35. This threshold was used to derive a gorilla distribution range (upper right panel) for which presence probabilities were greater than this value (grey = less than 0.35). Plumptre et al. (2016).

This gives a total estimated figure of 1661 surviving Grauer's Gorrillas in 2011-15, compared to the figure of 17 900-18 900 for 1994-95. This implies that the Grauer's Gorilla has lost 86.6% of its population in the Itebero-Lulingu and Nzovu sectors of the Kahuzi-Biega National Park in the two decades from 1995 to 2015. Gorillas can live for about 40 years, but a generation is generally taken as being about 20 years, which means that this loss has occurred in a single generation. One of the International Union for the Conservation of Nature's criteria for being included on the Red List of Threatened Species under the category Critically Endangered is the loss 80% or more of a species population within three generations. As the Grauer's Gorilla is known to have lost more than 80 of its population in a single generation across much of its range, and is likely to have declined by a similar amount in the other, previously unsurveyed areas, Plumptre et al. recommend that this species be included on the Red List as Critically Endangered. 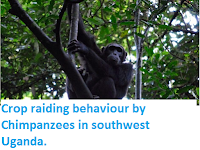 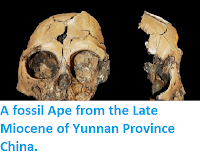 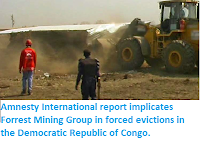