A giant Pterosaur from the Middle Cretaceous of Brazil.

The Pterosaurs were an extinct group of flying Reptiles that existed from the late Triassic to the end of the Cretaceous Period (210 to 65.5 million years ago). They are thought to have been warm blooded, as  many specimens have been found that appear to have had fury skins. Their wings were flaps of skin membrane, similar to that of Bats, supported by elongated fourth fingers and attached to the flanks of the body and legs. Unlike Birds they appear to have been capable of flying before reaching their full adult size, and appear to have taken several years to reach maturity. The largest Pterosaurs achieved wingspans in excess of 7 m, roughly twice that of the largest extant Birds.

In a paper published in the Anais da Academia Brasileira de Ciências in March 2013, a team of scientists led by Alexander Kellner of the Laboratório de Sistemática e Tafonomia de Vertebrados Fósseis at the Departamento de Geologia e Paleontologia at the Museu Nacional and Universidade Federal do Rio de Janeiro describe a new Giant Pterosaur specimen from the Middle Cretaceous Romualdo Formation from the Araripe Basin of northeast Brazil.

The new specimen is to fragmentary to allow a full taxonomic description, but is referred to the species Tropeognathus mesembrinus. Kellner et al. estimate that when living it would have had a wingspan of at least 8.2 m, making it the largest ever known Pterosaur specimen from Gondwana, as well as larger than any known living or fossil non-Pterosaur flying animal. 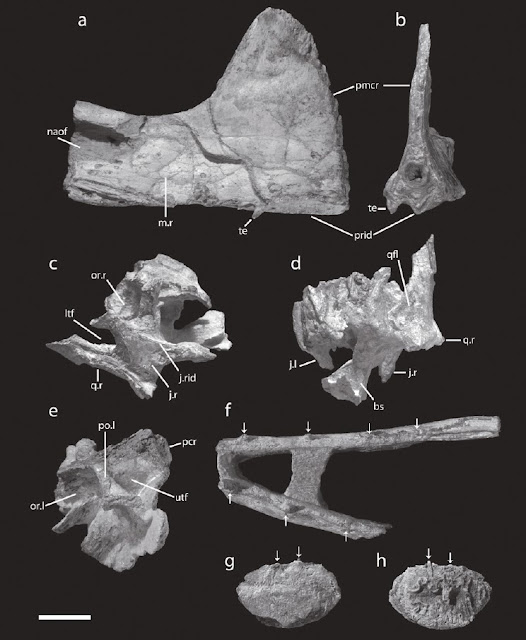