The United States Geological Survey recorded a Magnitude 2.6 Earthquake at a depth of 1.8 km in northeast Sonoma County in northern California, slightly after 2.00 pm local time (slightly after 9.00 pm GMT) on Saturday 25 October 2013. This is not a large quake, and is highly unlikely to have caused any damage or injuries, though it was felt as far away as American Canyon, 85 km to the southeast of the epicenter. 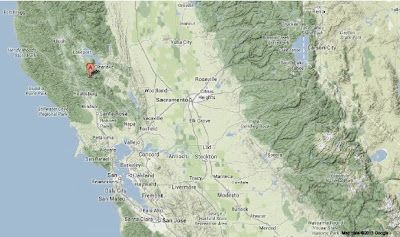