A new species of Abelisauroid Dinosaur from the Late Cretaceous of Madagascar.

The Albelisauroids were a group of Theropod Dinosaurs that appeared in the Middle Cretaceous, and underwent a major diversification in the Cretaceous. They were restricted to the southern continent of Gondwana, which by the Cretaceous had separated from the supercontinent of Pangea and started to break up into the continents of today's Southern Hemisphere; Albelisauroids are known from Africa, Madagascar, India and South America. Albelisauroids were noted for having short, but tall and often ornamented skulls, as well as often having greatly reduced forelimbs.

In a paper published in the journal PLoS One on 18 April 2013, Andrew Farke of the Raymond M. Alf Museum of Paleontology in Claremont, California and Joseph Sertich of the Department of Earth Sciences at the Denver Museum of Nature and Science, describe a new species of Abelisauroid Dinosaur from the Late Cretaceous of Madagascar.

The new species is named Dahalokely tokana, where 'Dahalokely' means 'small bandit' and 'tokana' means lonely, both in Malagasy; references to the species' small size for an Albesauroid and location on the isolated landmass of Madagascar. The species is described from six complete vertebrae and one partial vertebra, plus one complete and three partial ribs. This material is enough to confidently place Dahalokely tokana within the Abelisauroidea, but not to make any good estimation of its place within the group. It is calculated that the specimen was about 3.5 m long when living. 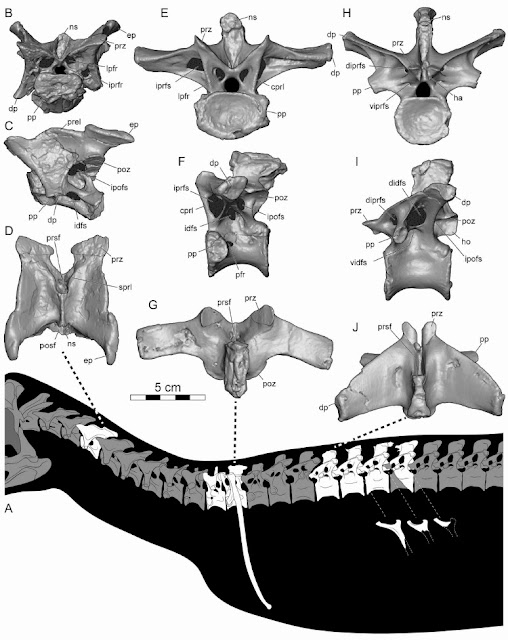 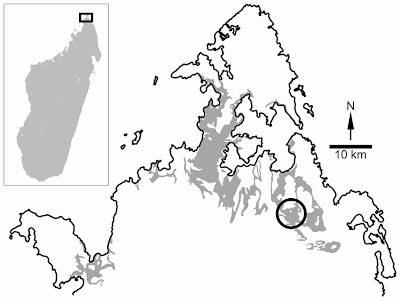 The approximate location of the site where Dahalokely tokana was discovered. Farke & Sertich (2013).

See also A basal Tetanuran Dinosaur tooth from the Late Jurassic of the Czech Republic, An Abelisauroid from the Late Cretaceous of Brazil and The fore-limbs of Majungasaurus.