The Amphisphaerid Fungi (Amphisphaeriaceae) are a group of Ascomycetes found In South America, New Zealand and Eurasia. They are predominantly plant pathogens, with some species being considered serious agricultural pests. They are also a source of chemically novel metabolites, which makes even non-pathogenic species of interest as potential sources of new antibiotics etc.

In a paper published in the journal Phytotaxa on 26 August 2013, a group of scientists led by Yu Song of the Department of Plant Pathology at the Agriculture College of Guizhou University describe two new species of pathogenic Amphisphaerid Fungi from Hainan and Guangxi Provinces in southern China. Both the new species are placed in the genus Pestalotiopsis, and were discovered during the course of a study into diversity within the genus in southern China. 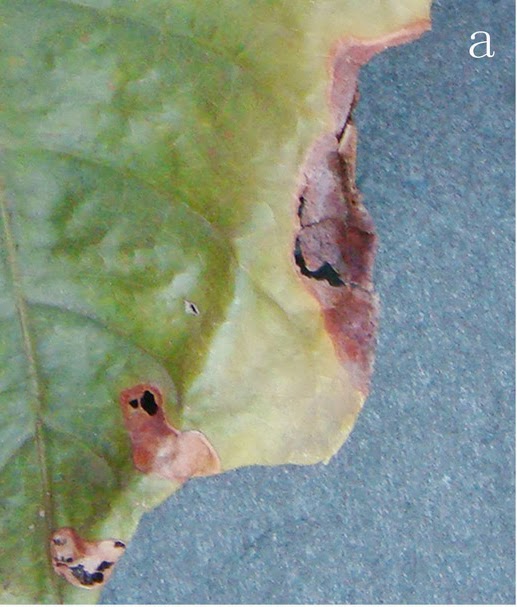 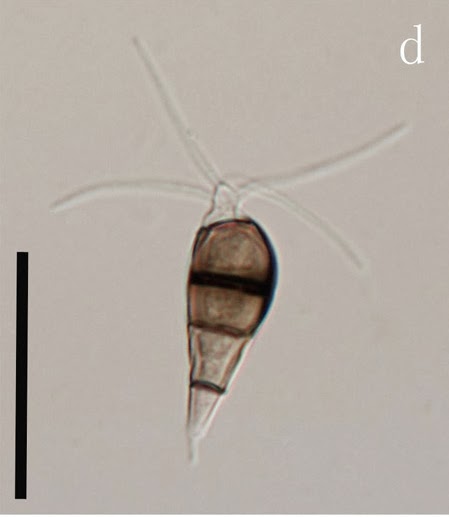 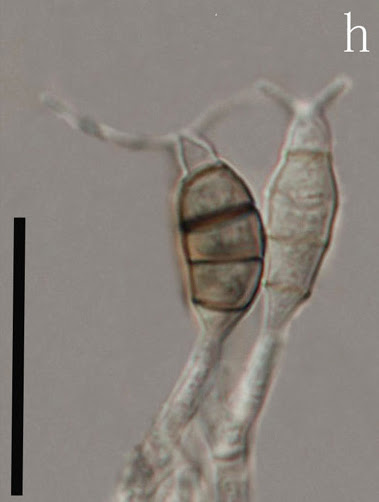 The second new species is named Pestalotiopsis rhodomyrtus, after its host plant, Rhodomyrtus tomentosa, the Rose Myrtle. It was discovered on plants growing in the Liangfeng River National Forest Park in Guangxi Province. 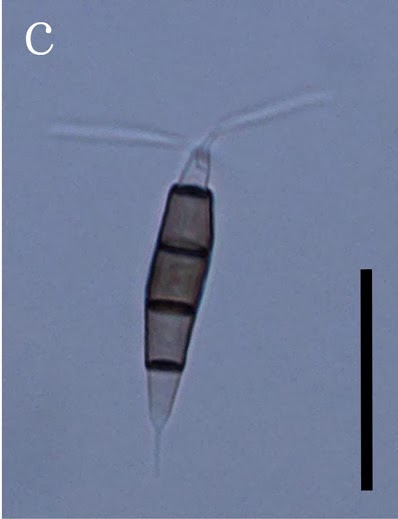 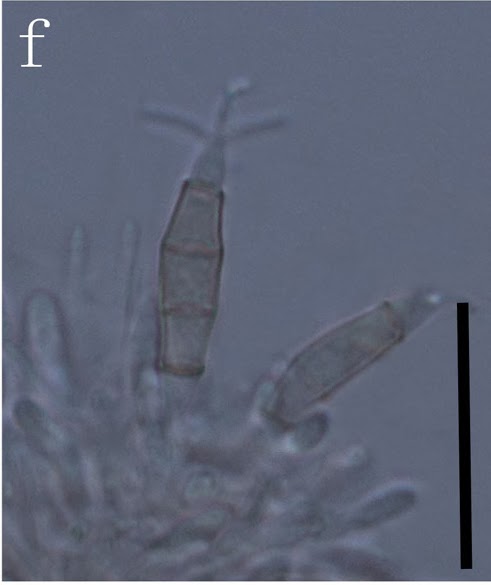 See also A new species of Leaf-spot Fungus from Fish Poison Trees in Thailand, New species of Mold found growing on Brazil Nuts in the Amazon Basin and Evidence of fungal parasites modifying the behavior of ants from the Eocene Messel Shale.