The United States Geological Survey recorded a Magnitude 3.3 Earthquake at a depth of 4.4 km in southwest Grant County, Oklahoma, at about 3.20 am local time (about 7.20 am GMT) on Tuesday 1 July 2014. There are no reports of any damage or casualties associated with this event, though it is likely to have been felt locally. 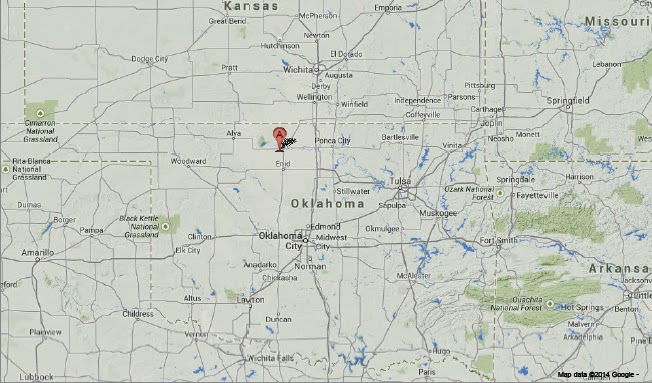 Oklahoma is naturally prone to Earthquakes, particularly in the southwest of the state, near the Meers Fault Zone, but since 2009 has suffered a sharp increase in the number of small quakes in the central and northeast parts of the state. While most of these quakes have been quite small, a few have been large enough to potentially cause problems, and any unexplained increase in seismic activity is a cause for concern.

The United States Geological Survey recorded a Magnitude 3.6 Earthquake at a depth of 5.0 km in northern Lincoln County...

The United States Geological Survey recorded a Magnitude 4.0 Earthquake at a depth of 5.2 km in eastern Logan County...

The United States Geological Survey recorded a Magnitude 4.5 Earthquake at a depth of 3.8 km in the northwest of Logan County...