At least one person dead after Magnitude 6.6 Earthquake in Yunnan Province, China.

The China Earthquake Networks Center recorded a Magnitude 6.6 Earthquake about 22 km to the west of the city of Weiyuan in Yunnan Province, China, slightly before 9.50 pm local time (slightly before 1.50 pm GMT) on Tuesday 7 October 2014. At least one person has been reported dead following the quake, with another 324 reported to have been injured, eight of them seriously. In addition buildings have been damaged across much of the region, and many people camped outside overnight out of fear of aftershocks. 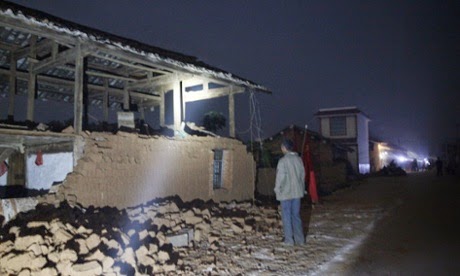 Much of western China and neighbouring areas of Central Asia and the Himalayas, are prone to Earthquakes caused by the impact of the Indian Plate into Eurasia from the south. The Indian Plate is moving northwards at a rate of 5 cm per year, causing it to impact into Eurasia, which is also moving northward, but only at a rate of 2 cm per year. When two tectonic plates collide in this way and one or both are oceanic then one will be subducted beneath the other (if one of the plates is continental then the other will be subducted), but if both plates are continental then subduction will not fully occur, but instead the plates will crumple, leading to folding and uplift (and quite a lot of Earthquakes). The collision of the Indian and Eurasian plates has lead to the formation of the Himalayan Mountains, the Tibetan Plateau, and the mountains of southwest China, Central Asia and the Hindu Kush. 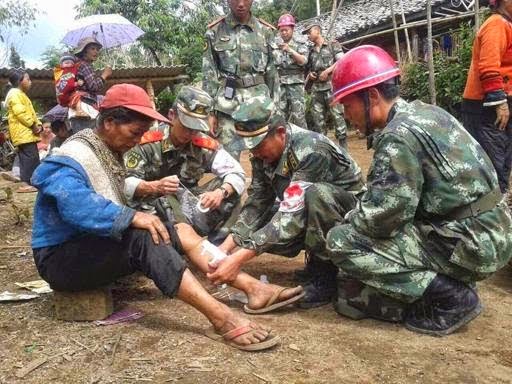