Mammal remains from the Early Eocene of Seymour Island, Antarctica.

Modern Antarctica lacks any permanent Mammal fauna, being visited by only a few marine Mammals for breeding purposes. However this has not always been the case. During the Eocene the last parts of the ancient continent of Gondwana were still breaking apart, and the Antarctic Peninsula was still attached to South America. This area appears to have had a far more agreeable climate than it does now, and a variety of Mammal fossils have been found here, all showing close affinities to those found in South America.

In a paper published in the journal Palaeontology on 16 July 2014, a team of scientists led by Javier Gelfo of the División Paleontología de Vertebrados at the Museo de La Plata, CONICET (the National Scientific and Technical Research Council of Argentina) and the Cátedra Paleontología Vertebrados at the Facultad de Ciencias Naturales y Museo at the Universidad Nacional de LaPlata describe two isolated Mammalian fossils from a shell bed at the base of the Acantilados II Allomember of La Meseta Formation on Seymour Island, off the east coast of the Antarctic Peninsula. This formation is thought to be bed is thought to be 55.3 million years old, making it Earliest Eocene, and the oldest site to have yielded fossil Mammal remains on Antarctica.

The first specimen described is a fragment of tooth which Gelfo et al. ascribe to an unknown Sparnotheriodont Liptotern. The Liptoterns were a group of herbivorous Placental Mammals indigenous to South America, which appeared in the Palaeocene and persisted until the closure of the Panama Seaway, when they rapidly went extinct, apparently unable to cope with competition from invading Horses, Tapirs and Deer and predation by invading Placental Carnivores. The Sparnotheriodonts were medium to large members of this group, which are known from the Palaeocene and Eocene of Brazil, Mendoza Province in Argentina, Patagonia and Antarctica. Gelfo et al. note that the tooth very closely resembles that of Notiolofos arquinotiensis, although this species is recorded only from a single specimen on James Ross Island, dated to 37.8 million years old, making a 17.5 million year gap between the two specimens; an improbable period of time for a Mammal species to persist. They suggest instead that the tooth may have come from a closely related species, potentially in the same genus. 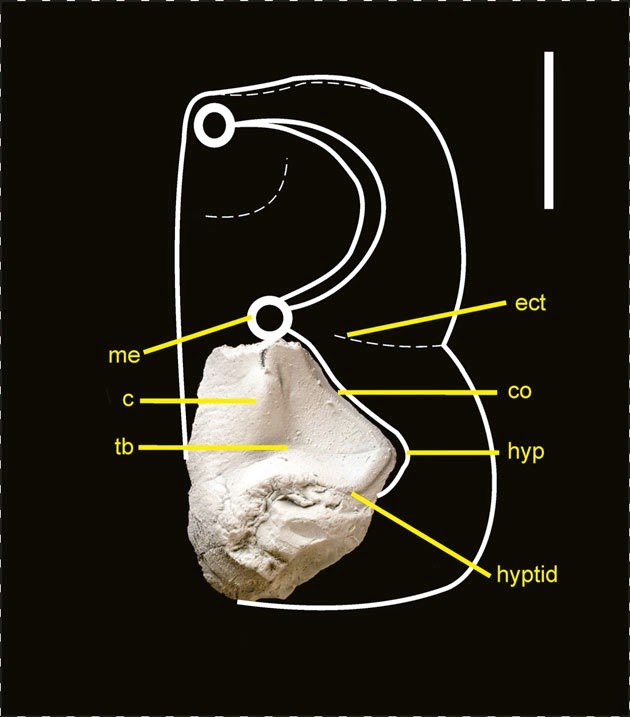 The second specimen described is a phalanx from an unknown Mammal. This is well preserved and 20.45 mm wide (quite big). While it is not generally thought possible to identify Mammal species from isolated phalanxes, Gelfo et al. suggest that this is most likely from a large Placental Mammal with South American affinities such as a Xenarthran or Liptotern; while Marsupial Mammals are more common than Placentals in Antarctic faunal assemblages, the largest phalanx recorded from an Antarctic Marsupial is only 5.58 mm wide, making it unlikely that this bone had a Marsupial origin. 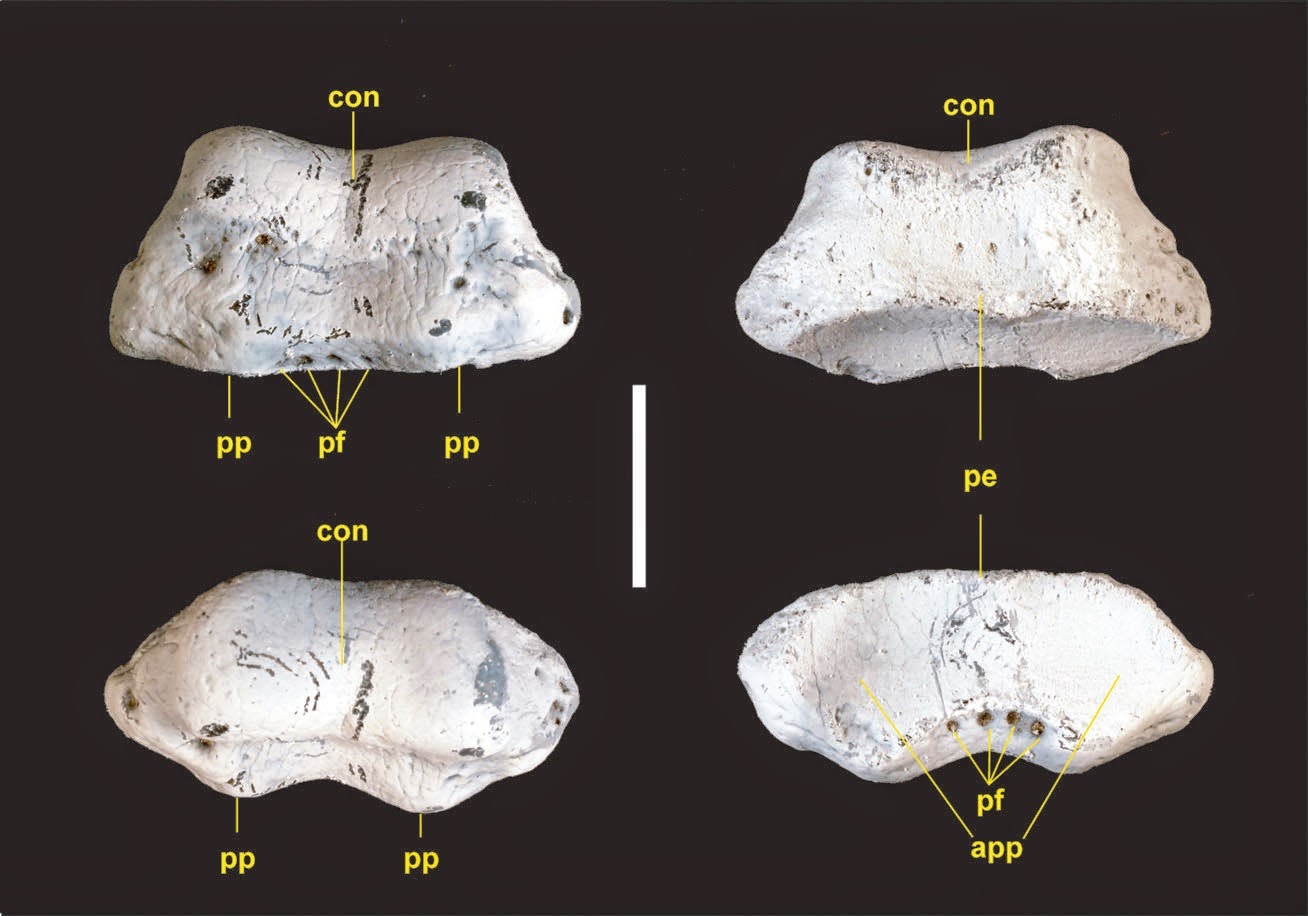 A small Sprassodont Mammal from the Middle Miocene of southern Bolivia.
South America was effectively an island continent for much of the Cenozoic, connected only to Antarctica in the south. As such it was not colonised by carnivorous Placental Mammals until the closure of the Panama... 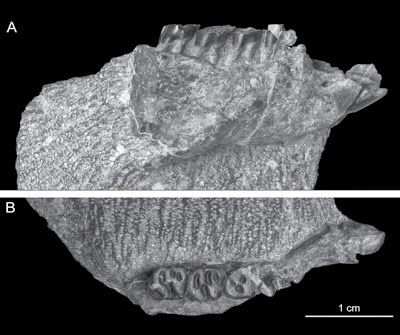 New Caviomorph Rodents from the Early Oligocene Tinguiririca Fauna of the Andean Main Range of central Chile                                      All South American Rodents are classified as members of a single monophyletic group, the Caviomorpha. This appears to be most closely related to Rodents with African and...
Follow Sciency Thoughts on Facebook.