Two new species of Protocetid Whales from the Eocene of Gujarat State, India.

The first Whale (Cetacean) fossils appear in the early Eocene of Pakistan and India,. Early groups of Whales such as the Pakicetids, Ambulocetids and Remingtonocetids were apparently restricted to the Indian continent (which was an island unconnected to Eurasia in the earliest Eocene). The first group of Whales to be found on other continent were the Protocetids, which have been recorded from Africa and North and South America as well as India and Pakistan, and are therefore thought to have been the first Whales to have been capable of ocean-crossing journeys.

In a paper published in the journal Palaeontologica Electronica in September 2014, Sunil Bajpai of the Department of Earth Sciences at the Indian Institute of Technology and HansThewissen of the Department of Anatomy and Neurobiology at Northeast Ohio MedicalUniversity describe two new species of Protocetid Whales from the Eocene Harudi Formation in Kutch District, Gujarat, both are thought to be about 42 million years old.

The first new species is named Kharodacetus sahnii, where ‘Kharodacetus’ means ‘Kharoda-Whale’ in reference to one of the locations that produced specimens assigned to this genus, and ‘sahnii’ honours the Indian palaeontologist Ashok Sahni. The species is described from a partial and fragmentary skull plus a detached rostrum and a partial mandible. Kharodacetus sahnii appears to have been larger and more robust than any other known Indian Protocetid. 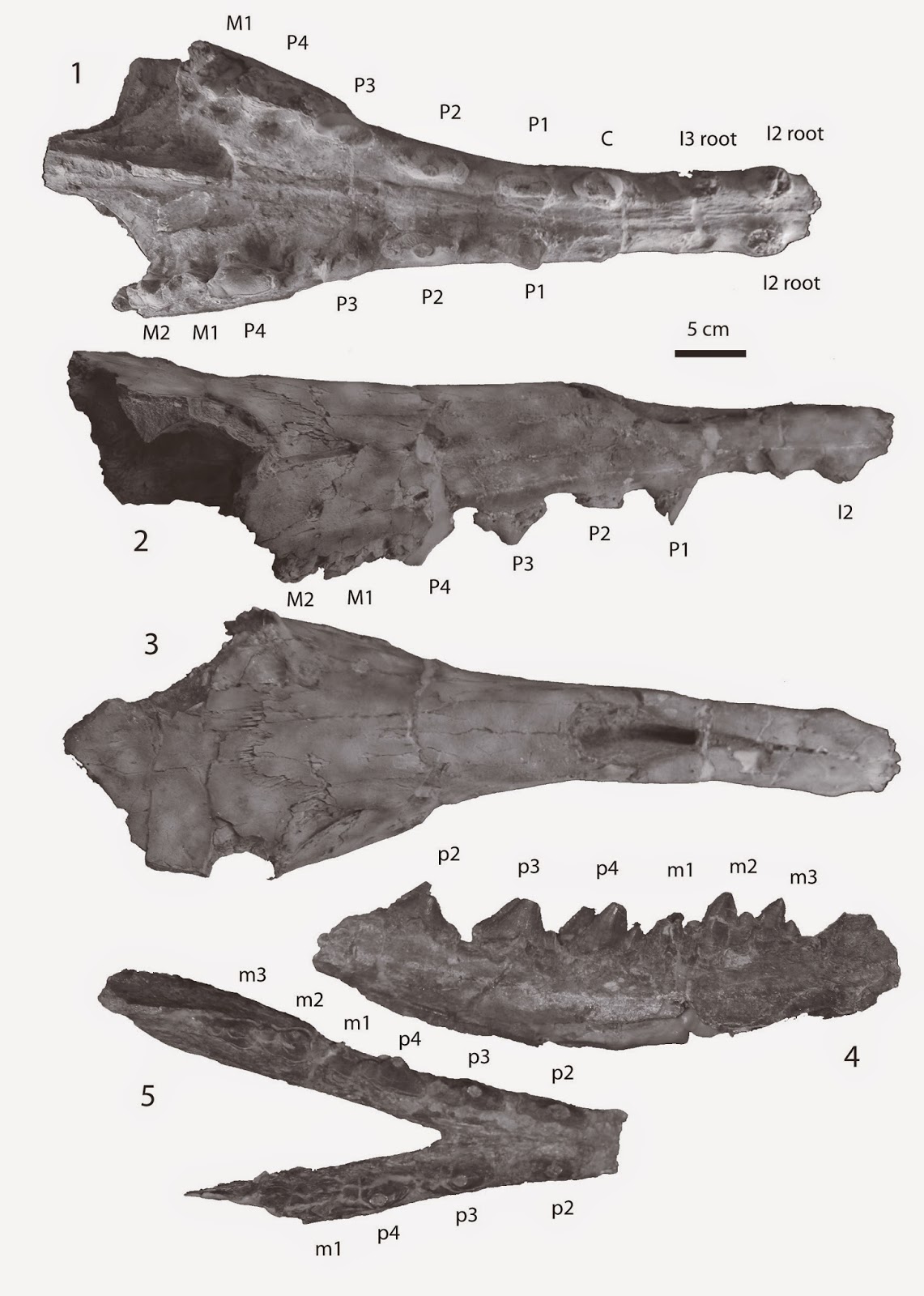 The second new species described is named Dhedacetus hyaeni, where ‘Dhedacetus’ means ‘Dhedadi-Whale’, in reference to the village of Dhedadi which is 2.1 km to the west of the site where the first specimen was found, and ‘hyaeni’ in reference to the Striped Hyenas that lived around the site where the first specimen was found. The species is described from a fragmentary partial skull with 29 fragmentary vertebrae and a separate series of 10 caudal (tail) vertebrae. It is a large Protocetid, but the smallest one yet known from Kutch, and the only one for which the vertebrae are known. 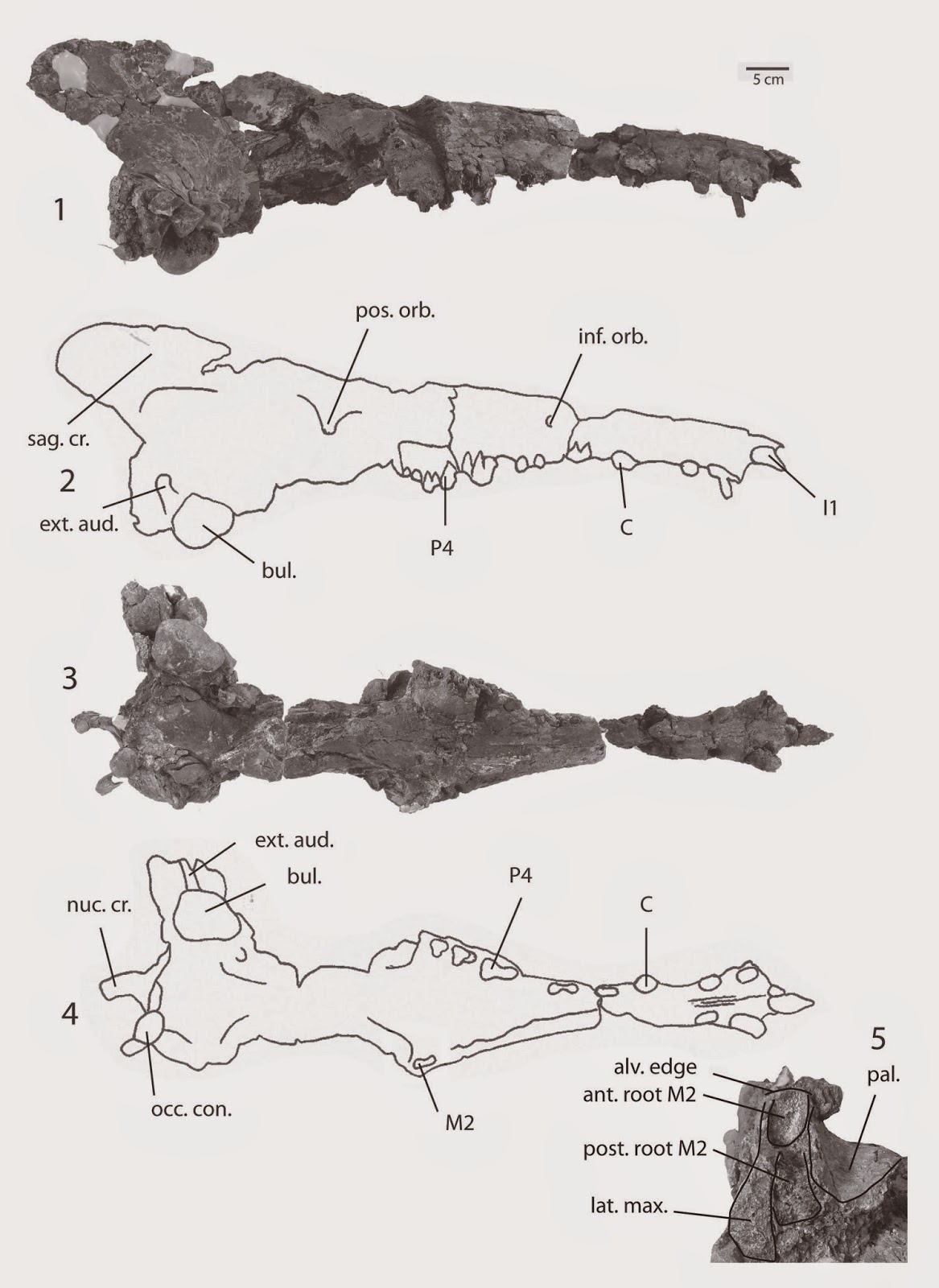 A Protocetid Whale from the early Middle Eocene of Togo, West Africa. 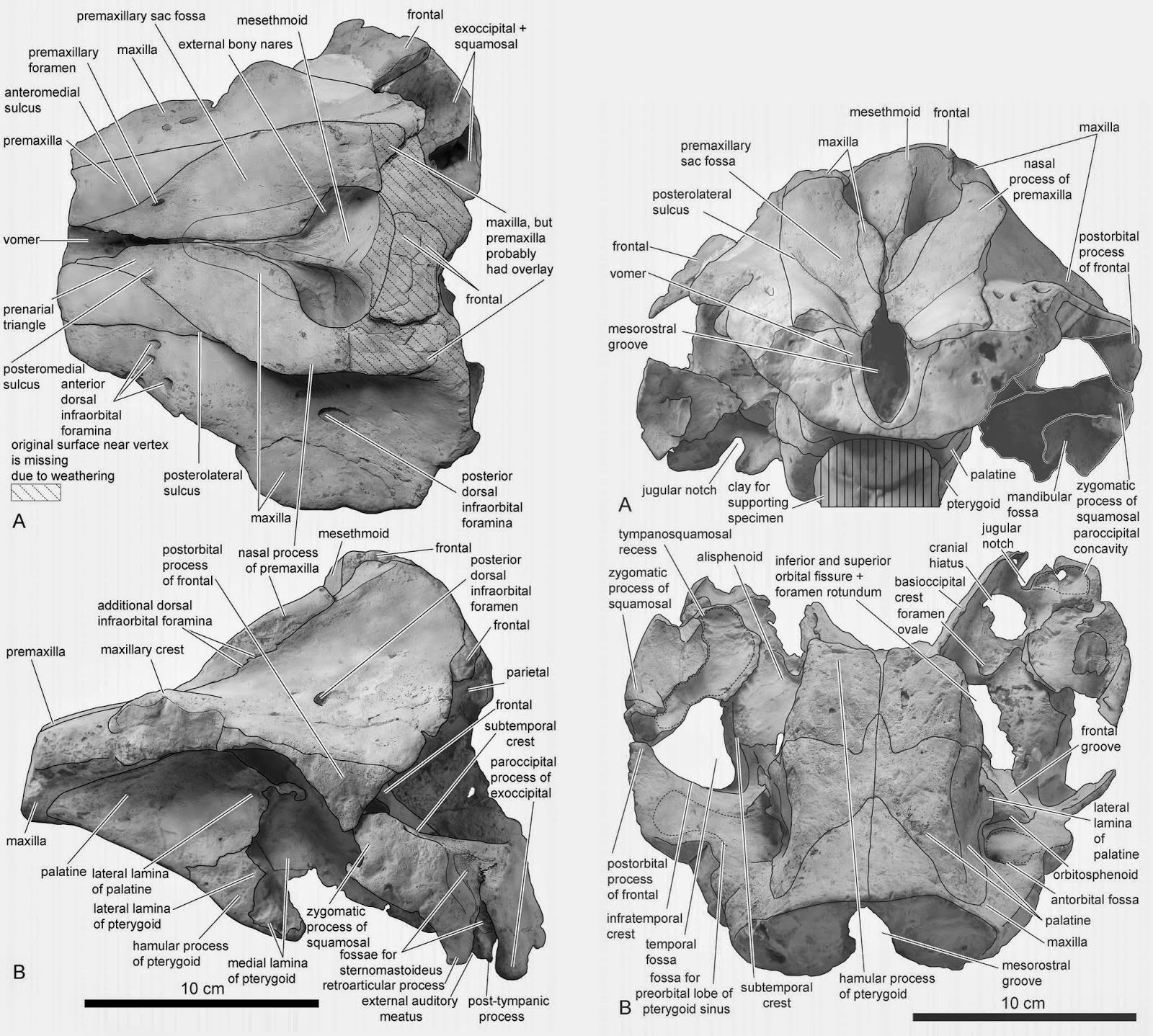 A fossil Dolphin from the Late Miocene of Hokkaido, Japan, which may be the oldest True Dolphin.
Dolphins, Delphinidae, are the most diverse group of Whales (or indeed any form of Marine Mammals) alive today, with 36 described species including charismatic animals such as Bottlenose Dolphins and Killer Whales. Historically a large number of fossils have also been... 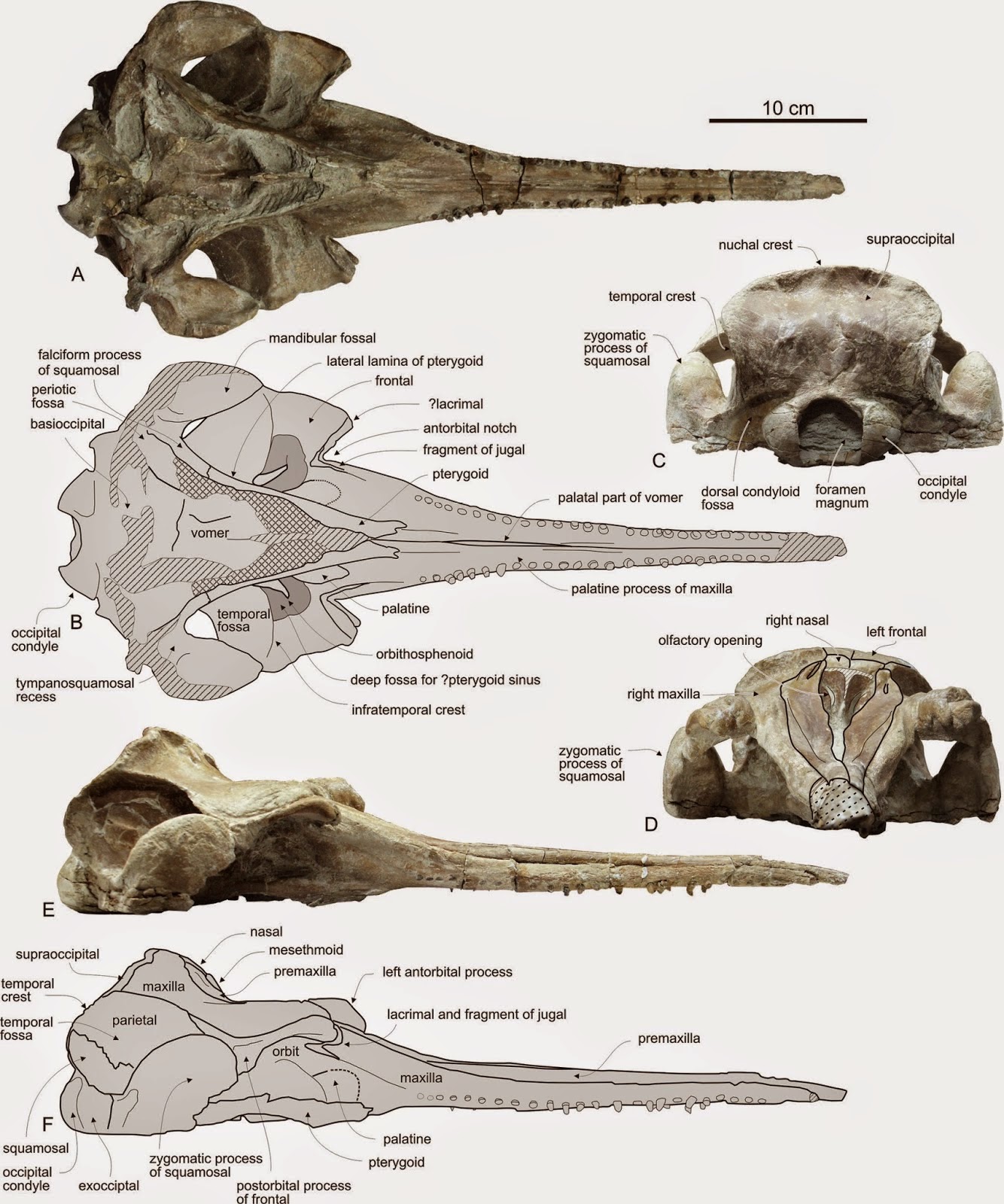 A new species of Dolphin from the Early Miocene of Peru.
The Squalodelphinidae are a small group of small to medium-sized Toothed Whales known from the Miocene of Europe and North and South America. They are thought to be related to the modern Asian River Dolphin, Platanista gangetica, which lacks any close living relatives. The group is not well understood, with most described specimens being fragmentary in nature.
Follow Sciency Thoughts on Facebook.