Emergency services were called to a residential street in the township of Cheltenham in Montgomery County, Pennsylvania, after a large sinkhole opened up in front of two houses early on Wednesday 25 January 2017. The sinkhole, which is about 10 m deep, swallowed the front gardens of both properties, as well as part of the sidewalk in front, a tree in one of the gardens and a pickuptruck. Both properties have been declared unsafe for the time being by township officials, though one is understood to currently be unoccupied. 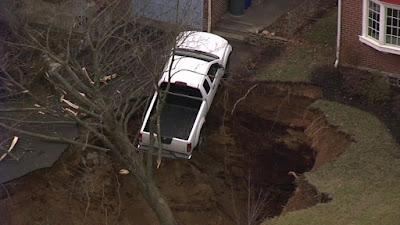 The approximate location of the 25 January 2017 Cheltenham Sinkhole. Google Maps.

On this occasion it is believed that the sinkhole was caused by a burst water main which washed away sediments beneath the road, causing it to collapse. A number of properties in the area are currently without water, and gas and electricity supplies may also have to be disconnected. 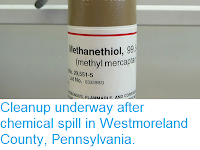 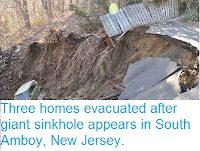 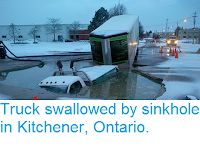