Three people have been confirmed dead after Typhoon Mangkhut (known in the Philippines as Typhoon Ompong) made landfall in Cagayan Province on northen Luzon Island at about 1.40 am local time on Saturday 15 September 2018 (about 5.40 pm on Friday 14 September GMT). brining with it sustained winds of 270 kilomtres per hour, and gusts of up to 325 kilometres per hour. Two of the deaths have been confirmed as female emergency workers caught in one of the many landslides triggered by the storm. Landslides are a common problem after severe weather events, as excess pore water pressure can overcome cohesion in soil and sediments, allowing them to flow like liquids. Approximately 90% of all landslides are caused by heavy rainfall. 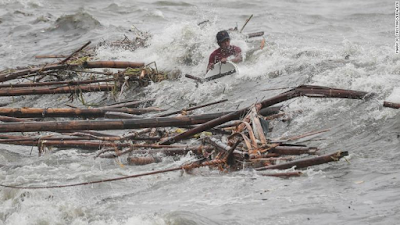 Typhoon Mangkhut is the most severe storm anywhere in the world of 2018, and the worst storm to hit the Philippines since Typhoon Haiyan in 2013, which killed over 6000 people. A similarly large death toll from Typhoon Magkhut has largely been avoided by large scale evacuations of low lying areas in the path of the storm, triggered by warnings from meteorologists that the storm might cause storm surges of up to nine metres. Similatr evacuations are now underway in Hong Kong, Macau, and parts of South China, which are predicted to be hit by the storm will hit within the next two days. Tropical storms loose energy as they pass over land, eventually disapaiting, and this has been true of Mangkhut as it crossed Luzon island, becoming less severe as it moved westward, however it is still a very powerful storm, and is expected to gain energy again once it clears Luzon and passes over the South China Sea. 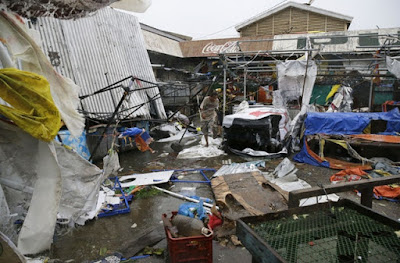 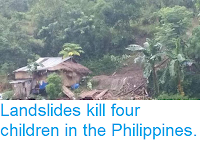 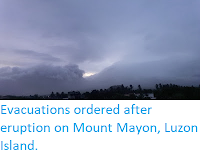 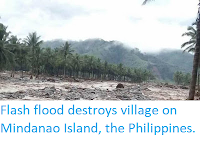 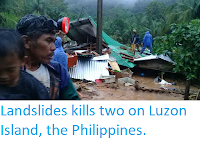