The United States government has formerly handed over a collection of ancient artefacts seized from a New York art dealer to the government of Afghanistan. The collection comprises 33 artefacts, including masks, sculptures, and other items from the Greek, Hindu, Buddhist, and Early Islamic periods, were handed over by the Manhattan District Attorney’s Office and Homeland Security Investigations at a ceremony in New York on Monday 19 April 2021, and will be briefly on display at the Afghanistan Embassy in Washington DC, before being returned to the National Museum of Afghanistan in Kabul. 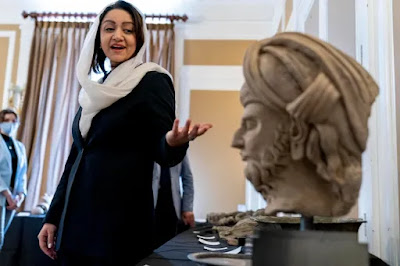 Roya Rahmani, Afghanistan's ambassador to the US, with looted and stolen Afghan religious relics and antiquities. Andrew Harnik/AP.

Afghanistan lies on a hub of ancient trade routes connecting Europe and the Middle East to Central and South Asia. As such it has a long archaeological record, with art and artefacts left behind by many civilisations that have passed through the region over the past 6000 years, and around 2600 known archaeological sites within the country. From the 1980s onwards the Taliban, a deeply conservative Islamic organisation which took the view that all images of Human subjects and religious art from non-Islanic sources were wrong, waged a war against first the Soviet Union, which entered the country in 1978 following a coup by the communist People's Democratic Party of Afghanistan, which overthrew the democratic government of Mohammed Daoud Khan, and then the United States and their NATO allies, who invaded the country in 2001 following the terrorist attacks carried out in the US by al-Qaeda, and organisation which had been allowed to operate within Afghanistan by a Taliban government.

During this time many archaeological sites were destroyed or looted, including the National Museum and the famous Giant Buddhas of Bamiyan Province, which were dynamited in March 2001. However, any of the artifacts supposedly destroyed on the orders of Taliban leaders were in fact smuggled out of the country, entering an international trade in looted art and archaeological artefacts.

In October 2011 New York-based art dealer Subhash Kapoor was arrested at Frankfurt International Airport and charged with smuggling artefacts from a number of South Asian countries; he was subsequently extradited to India where he remains in prison. Subsequent raids on his properties in New York recovered artefacts with a total estimated value in excess of US$100 million, which the US authorities are in the process of returning to their original owners, having previously returned material to Nepal, Sri Lanka, and Thailand. 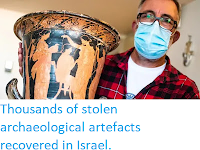 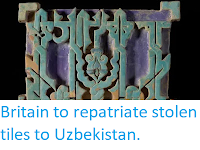 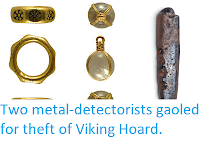 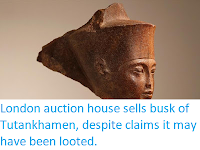