The Enantiornithines are the most diverse group of Cretaceous Birds known, with more than 50 described species from every continent except Antarctica. Although they were clearly widespread, more than half of all known Enantiornithines come from the Jehol Biota of northeastern China. The Jehol fossils are exceptionally well preserved, with many showing  details of their plumage and internal organs, which has provided insights into these Birds ontogeny, sexual dimorphism, reproduction, and ecology. Most Enantiornithine Birds can be placed within four groups, the small-bodied and relatively unspecialized Cathayornithids, the long-snouted Longipterygids, and the large-bodied Bohaiornithids and Pengornithids, although there is some dispute as to whether these represent true clades (groups of organisms derived from a single common ancestor, or evolutionary grades (groups of organisms with the same level of organisation, but which do not share common ancestries).

The new species is named Musivavis amabilis, where 'Musivavis' means 'Mosaic Bird' in reference to the range of features seen in the specimen, which show affinities to more than one Enantiornithine group, and 'amabilis' means 'attractive' in Latin, in reference to the beautiful preservation of the single specimen from which the species is described. The species is described from a single specimen, MHGU-3000, a nearly complete and articulated skeleton preserved in a single slab, which was excavated at the Shangheshou locality in Chaoyang City in Liaoning Province. 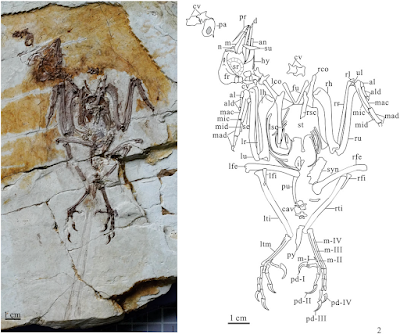 Musivavis amabilis possesses a number of features associated with the Bohaiornithidae, including subconical teeth with tapered and slightly caudally recurved tips, a sternum with lateral trabecula projected caudolaterally, a blunt expansion of the omal end of the furcular ramus, and a tapering pygostyle without an abrupt distal constriction.

The skull is mainly preserved in ventrolateral view. The right premaxilla is preserved in lateral view. It gradually tapers rostrally and slightly expands dorsoventrally in the middle part, differing from the robust premaxilla of the Bohaiornithids, and the elongated premaxilla of the Longipterygids, but similar in overall proportions to those of the Cathayornithidae. The frontal process of the right premaxilla is elongate and projects caudodorsally, but does not extend to the orbit, comparable with the condition in Bohaiornithids. As in other Bohaiornithid-like taxa, the maxilla is robust, with a straight ventral margin and gently expanded dorsal margin. The nasal is too broken to determine the exact anatomical features. The right lacrimal is preserved in dorsolateral view and appears to be 'T'-shaped. The rostral ramus is oriented rostroventrally, but the exact length cannot be determined because it is overlapped by the right maxilla. The caudal ramus projects caudodorsally and the ventral ramus extends caudoventrally. The dorsal margin is concave at the middle part. 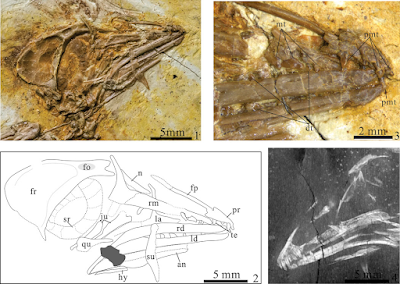 Bone tissue of the left tibiotarsus midshaft was sampled to determine the ontogenetic age of the holotype of Musivavis amabilis (MHGU-3000). A transverse section made through the sample exhibits two different kinds of the bone tissue: cortical bone and endosteal bone. The cortical bone is composed of a thicker (172–186 μm) layer of poorly vascularized bone resembling tissue, which has been considered as parallel-fibered bone in previously described Enantiornithines. A few secondary osteonal canals are present and may indicate an initial reconstruction of the primary bone. However, circumferential osteonal lamellae associated with the canals are rather poorly developed. No outer circumferential layer has been recognized in the sample of Musivavis amabilis, indicating that active bone deposition had not ceased at the time of death. 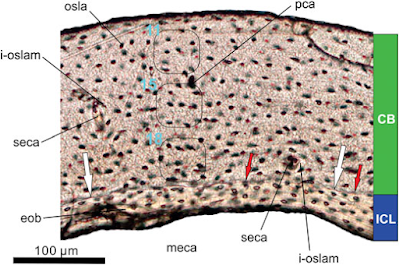 The endosteal bone forms the compact avascular inner circumferential layer, enclosing a large hollowed medullary cavity. The endosteal bone is variably thick (minimum: 30 μm; maximum: 47 μm) and accounts for at least a fifth of the total cortex. The cortical and endosteal bones are separated by a scalloping line visible on the section. This line represents the erosional front. Its irregular shape corresponds to variable rates at which the primary bone was resorbed, and provides evidence about the removal of earliest bone formed in the specimen. Based upon this, Wang et al. conclude that Musivavis amabilis (MHGU-3000) perished as a subadult near the ontogenetic stage characterized by the first growth deceleration.

A phylogenetic analysis found that Musivavis amabilis  is nested within a lineage that, in turn, is the sister taxon of the node including Bohaiornithidae and Pengornithidae. The analysis supports the monophyly of Longipterygidae, Pengornithidae, and Avisauridae. Musivavis was found as more closely related to Dunhuangia and Longusunguis than to other Enantiornithines, in a lineage that also includes Houornis and, tentatively, Yungavolucris (although the status of this taxon is far from clear, and it might instead be an Avisaurid). 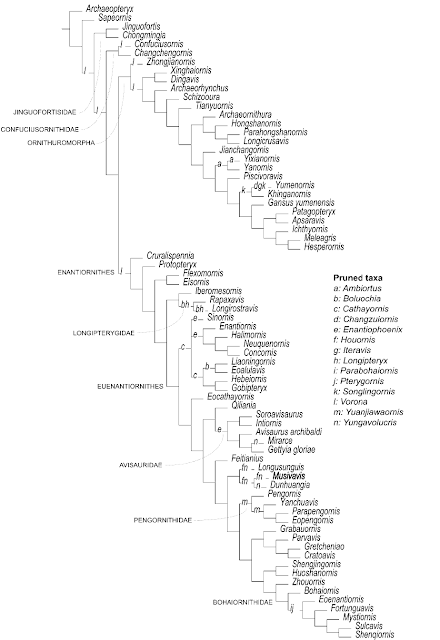 The osteology of Musivavis amabilis suggests that it was older than many other known juvenile Enantiornithines known, but still a subadult at the time of its death. It shows a unique set of features, which clearly support its establishment as a new species. Many of its features appear to support its inclusion within the Bohaiornithidae, but others run contrary to this, and a phylogenetic analysis found it was nested within a clade of 'Bohaiornithid-like' Birds outside the core Bohaiornithids. 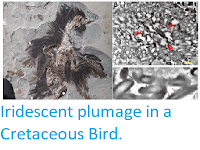 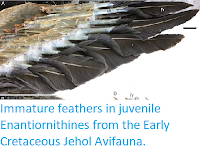 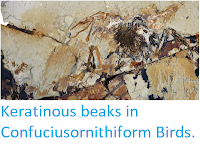 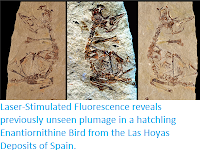 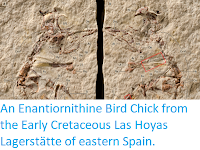 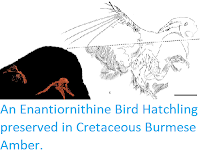