Flying Squirrels from the Late Miocene of Catalonia.

Flying Squirrels, Pteromyini, are today represented in Europe by only a single species, the Siberian Flying Squirrel, Pteromys volans, which is found in the Coniferous forests of Russia, Finland and other areas in the northeast of the continent, but in the lowland tropical forests of Southeast Asia as many as six species may be found living alongside one-another, able to co-exist because they occupy slightly different ecological niches. In the much warmer climate of the Miocene, Flying Squirrels are known to have been more numerous and diverse in Europe, with sites in Central Europe producing up to five species, suggesting a similar ecological diversity to that of modern Southeast Asia. However this level of diversity has not been recorded from the Late Miocene of Iberia, where three species have been recorded from Catalonia and none from the rest of the peninsula. This is in keeping with current reconstructions of the Miocene climate of Iberia, which suggests a more arid climate then the rest of Europe, with an intermediate climate in Catalonia, wetter than the rest of Iberia but dryer than most of Europe, a situation that persists to this day.

The Can Llobateres 1 was discovered in the 1920s during a road construction project and has been the subject of intermittent excavations ever since, particularly since the discovery of Ape remains at the site in the 1950s, which resulted in a prolonged collaboration between Spanish palaeontologist Miquel Crusafont and Johannes Hürzeler from the Museum of Basel, during which many tons of sediment were removed and sieved for microfossils, resulting in (amongst other things) a number of Flying Squirrel teeth being recovered in the 1960s. Excavations at Can Llobateres 1 were resumed in 2010 after a 12 hiatus by a team from the Institut Català de Paleontologia Miquel Crusafont, resulting in a number of new Flying Squirrel remains.

In order to determine that a Squirrel was capable of flying (or more technically gliding, since no squirrel can actually fly) it is necessary to be able to reconstruct a reasonable proportion of its post-cranial skeleton. This is not possible to do from any of the Catalan material, which comprises only Teeth, but it is usually possible to assign Rodents to species level from their teeth (as with most Mammals), and all of the Can Llobateres 1 material is assigned to species described elsewhere, enabling either a more complete knowledge of their anatomy or at least a confident assignment to the tribe Pteromyini (Flying Squirrels).

The species Albanensia grimmi, was first described from three cheek teeth from Marktl in Germany in the 1960s. It is distinctive within the genus Albanensia for its large size and the thicker posterolophid and stronger metalophid tooth cusps. In 1970 a partial jaw fragment with two molars and an isolated premolar were described from Miocene sites in the Vallès-Penedès Basin and tentatively assigned to this species, though they were larger than the German material and showed some morphological differences. Since then more specimens of the species have been described from other sites in Europe, notably Rudabánya in Hungary and Götzendorf and Richardhof-Golfplatz in Austria, which have led to a more complete understanding of morphological variation within the species. Due to this the Catalan material is no longer considered to be outside the range of morphological variation for the species, but is still exceptionally large. In addition to the previously described material, Casanovas-Vilaret al. describe a new specimen, a third molar, from Can Llobateres 1. They assign all these specimens to ‘Albanensia aff. grimmi’ (i.e. a member of the genus Albanensia showing affinities with Albanensia grimmi). 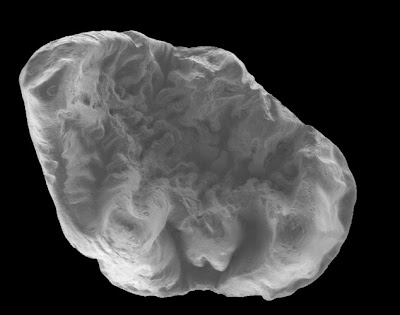 The species Miopetaurista neogrivensis was described from La Grive in France in 1970 to describe large members of this genus. In 1991 a single molar assigned to this species was described from Can Llobateres 1. Casanovas-Vilar et al. redescribe this specimen and agree with its taxonomic placement, as well as noting that other specimens of the species have recently been collected from other sites in the Vallès-Penedès Basin, which are likely to have formal descriptions published in the near future. 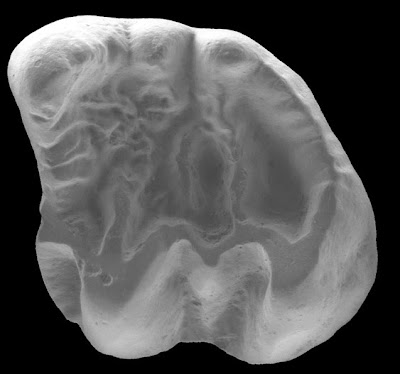 The species Miopetaurista crusafonti is well represented at Can Llobateres 1, with 17 isolated cheek teeth and six molar fragments recorded to date. This is considered to be a medium-sized member of the genus Miopetaurista, larger than the numerous species known from earlier Miocene deposits, but not as large as other Late Miocene species such as Miopetaurista neogrivensis, Miopetaurista thaleri and Miopetaurista tobieni. The species was originally described from a fragment of maxilla bearing the fourth premolar and first two molars from the Vallès-Penedès Basin, though this material is stored at the Faculté des Sciences de Montepellier and Casanovas-Vilar et al. have not seen it. The species has been described from several other sites in Catalonia, and may possibly also be present in southern France. 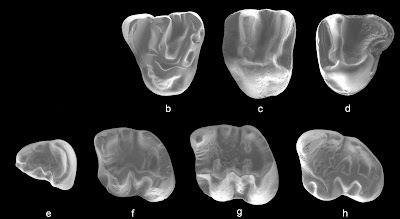 The species Blackia miocaenica is considerably smaller and simpler than the other Catalan material. The small size and simple morphology of the specimens is considered enough to assign them to the genus, which contains only two species, and the measurements of the specimens place them within the species Blackia miocaenica rather than the slightly larger Blackia woelfersheimensis. The species has previously been recorded from the Early Miocene of Valencia (six million years older than the Can Llobateres 1 deposits), as well as from sites in the Czech Republic, Germany, Switzerland, France, Slovakia, Hungary, Romania and Austria. Casanovas-Vilar et al. report two first molars (one left and one right) of Blackia miocaenica fromCan Llobateres 1, the first time this species has been recorded from the Late Miocene of Catalonia. 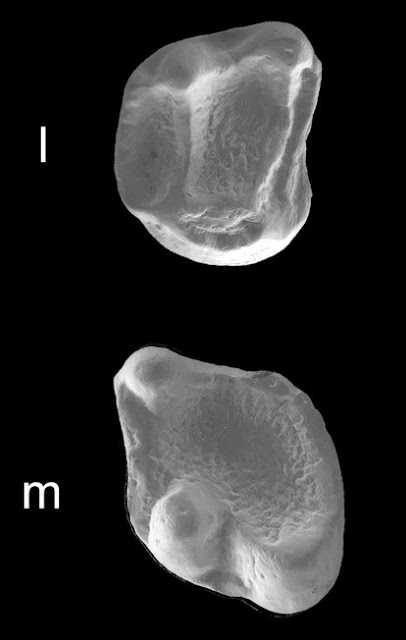 Finally Casanovas-Vilaret al. report twoworn lower cheek teeth which fall loosely within the size range of two species, the Flying Squirrel Pliopetaurista kollmanni and the Ground Squirrel Spermophilinus bredai (which is also known from Can Llobateres 1). However the specimens have crenulated enamel, a feature associated with Flying Squirrels but not Ground Squirrels, so they are tentatively described as cf. Pliopetaurista sp. (i.e. probably a species of Pliopetaurista). 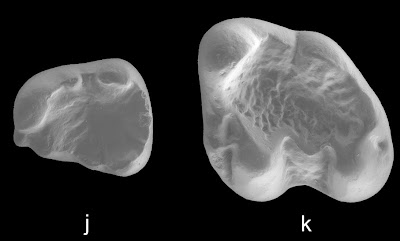 Several decades of intensive sampling, including the sifting of many tons of sediment for microfossils, have now raised the number of Flying Squirrels found at Can Llobateres 1 to five, comparable with Miocene sites in central Europe and modern lowland forest ecosystems in Southeast Asia, though there is a clear disparity in the frequency of specimens, suggesting that some species were far more common than others.

As well as Flying Squirrels the Late Miocene sediments of the Vallès-Penedès Basin have produced a variety of other Mammals, such as Apes, Tapirs and Rhinoceroses, which indicate a humid forest environment. The sediments have also produced plant fossils such as Reeds, Figs, Palms and Cinnamon Trees, further supporting this environmental interpretation. Middle Miocene sites in Spain have produced evidence of three different ecosystems, herb-dominated wetlands, Legume-dominated woodlands with species such as Casia, Acacia and Caesalpina, indicative of a much drier climate and evergreen Laurel forests which could indicate wetlands or montane forests. Unfortunately most Late Miocene sites in Spain lack sufficient plant material for such interpretations, though sites in the Pyrenees have produced evidence of a mixed flora, with evergreen Laurels alongside more northerly species, such as Alders, Chestnuts, Willows and Elms.

The Late Miocene Vallès-Penedès Basin appears to have been home to wet forests with similarities to those of contemporaneous central Europe, though with a more restricted fauna; many central European species are absent and others, such as Flying Squirrels, were apparently much rarer. A total of five Flying Squirrel species from one site is exceptional, with only a few sites in Germany and France achieving this, but this detection cannot be divorced from the sheer scale of investigations that have occurred at Can Llobateres 1, where decades of excavations have taken place and tons of sediments sieved, and it is likely that many European sites which have produced more samples of common species with much less effort would also produce more species were they subjected to the level of sampling carried out at Can Llobateres 1.

A new species of Water Rat from Sulawesi, Indonesia.
Water Rats are large Rodents that have adopted a semi-aquatic lifestyle and carnivorous diet, consuming... 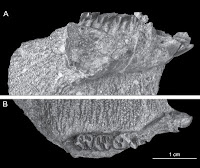 New Caviomorph Rodents from the Early Oligocene Tinguiririca Fauna of the Andean Main Range of central Chile
All South American Rodents are classified as members of a single monophyletic group, the Caviomorpha. This appears to be most closely related to Rodents with African and Asian distributions; a single fossil from...
Follow Sciency Thoughts on Facebook.