Fossil Killifish from the Late Miocene of Kenya’s Rift Valley.

Killifish, Cyprinodontiformes, are a diverse and widely distributed group of freshwater Fish found on every continent except Australia and Antarctica as well as in many island groups. The group is divided into two suborders, the Cyprinodontoidei, which comprises seven families, four of which are found only in the Americas, one of which contains American, African, European and Asian members, one which is found in the Americas and Africa, and one which is restricted to the Mediterranean Basin, and the Aplocheiloidei which comprises three families, the South American Rivulidae, and the Nothobranchiidae and Aplocheilidae, which are found in Africa, Madagascar, India and South Asia. Killifish are thought to have originated in the Cretaceous, either on the continent of Gondwana before its breakup or on South America shortly after, though the group has a poor fossil record, with the oldest reliably attributed fossils being isolated scales from the Late Palaeocene of Argentina, with a more diverse fossil record appearing in the Oligocene and Miocene of Europe, largely comprising members of living genera.

In a paper published in the journal PLoS One on 29 April 2015, MelanieAltner and Bettina Reichenbacher of the Department of Earth- and EnvironmentalSciences at Ludwig-Maximilians-University in Munich describe a species of fossil Killifish from the Late Miocene Lukeino Formation of the Tugen Hills in the Central Rift Valley of Kenya.

The new species is named Kenyaichthys kipkechi, where ‘Kenyaichthys’ means ‘Kenyan Fish’ and ‘kipkechi’ honours Joseph Kipkech for his ‘long-time devoted commitment to the development of education and science in Baringo County’. The species is described from a large number of specimens between 22 mm and 40 mm in length. 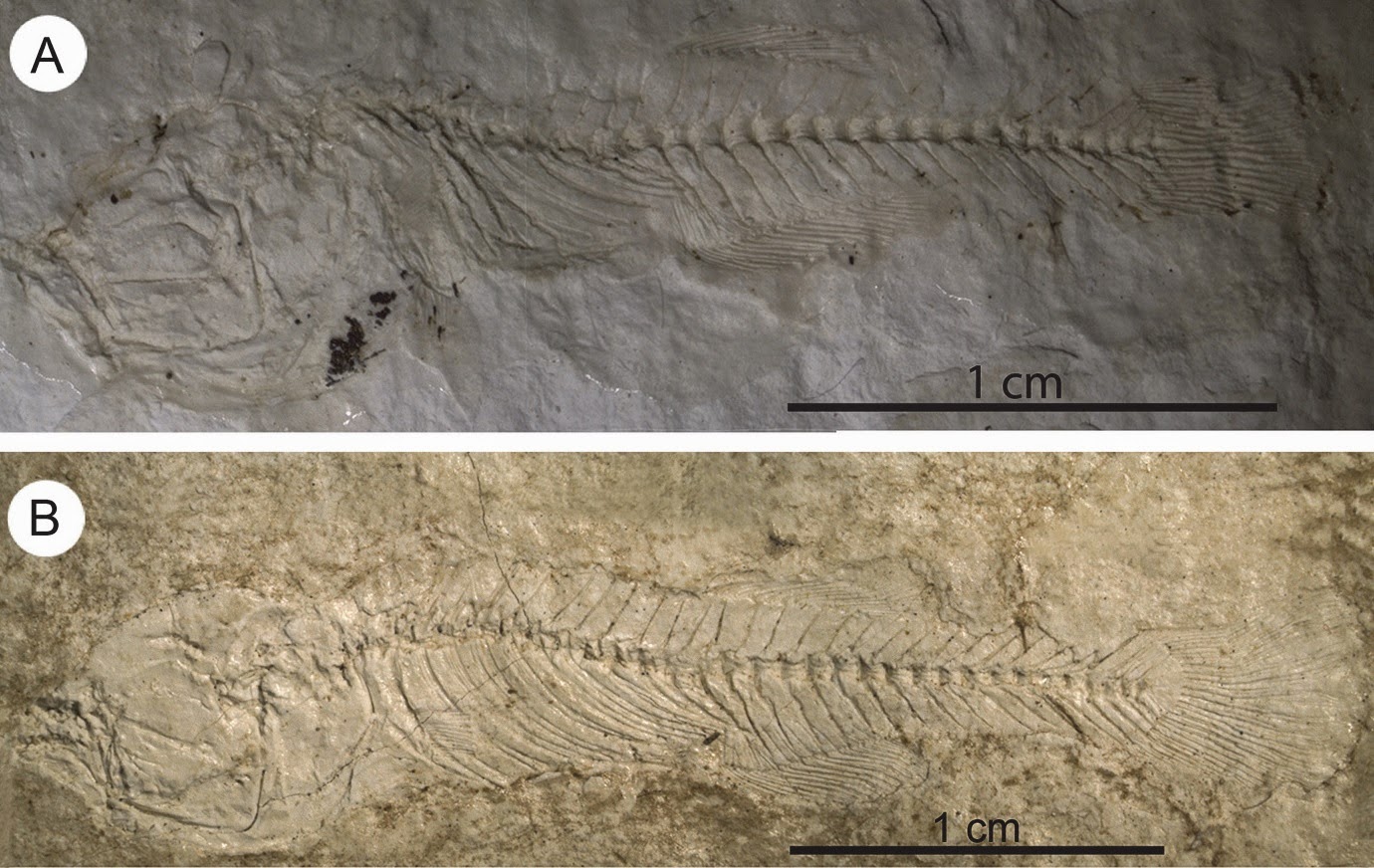 Kenyaichthys kipkechiis considered to be distinctive enough to be placed in a new family of its own, the Kenyaichthyidae. This family is placed within the suborder Aplocheiloidei, where it is considered to be more closely related to the Rivulidae, today found only in South America, than it is to either the Nothobranchiidae and Aplocheilidae, which are both found in Africa today.

Altner and Reichenbacher also note that Kenyaichthys kipkechi appears to be quite a variable species, and note that many modern freshwater Fish are found in species flocks, groups of closely related species found living together with slightly different ecological niches. The suggest an alternative hypothesis, that Kenyaichthyskipkechimay represent a species flock rather than a true species, but do not make any attempt to subdivide the fossils into ecological or morphological groups.

They also note that many specimens of Kenyaichthys kipkechi appear to have suffered spinal deformations while alive. In modern Fish this is often a symptom of pollution, caused by the Fish being poisoned by heavy metals such as cadmium, copper and zinc. Such poisoning is most commonly associated with human activities, particularly mining and industry, but can also occur due to natural causes, such as weathering of metals from ore-rocks or volcanic emissions. The Lukeino deposits are not close to any known ore deposits, but were heavily influenced by periodic volcanic ashfalls, which have been associated with poisoning incidents in modern environements. 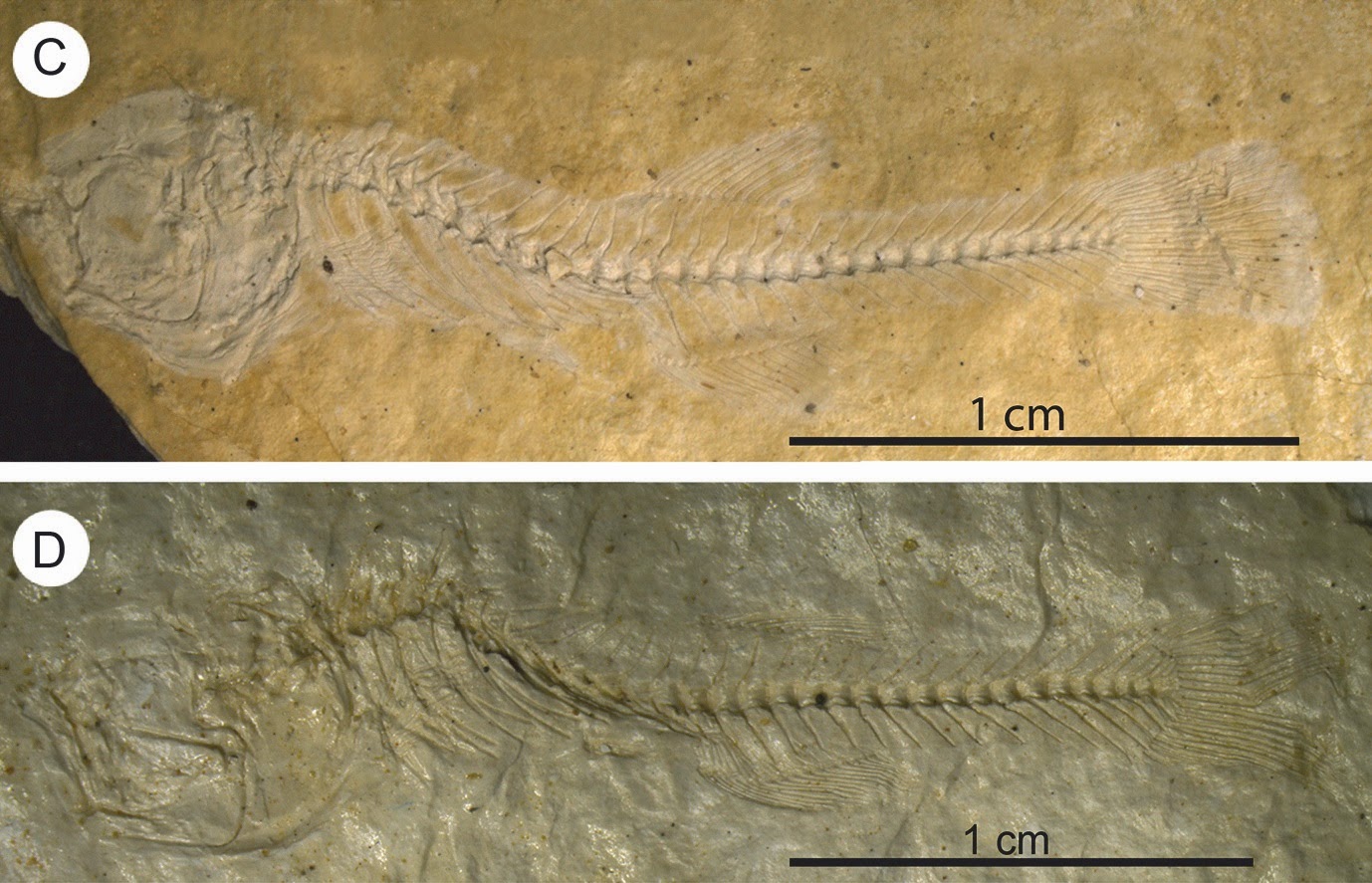 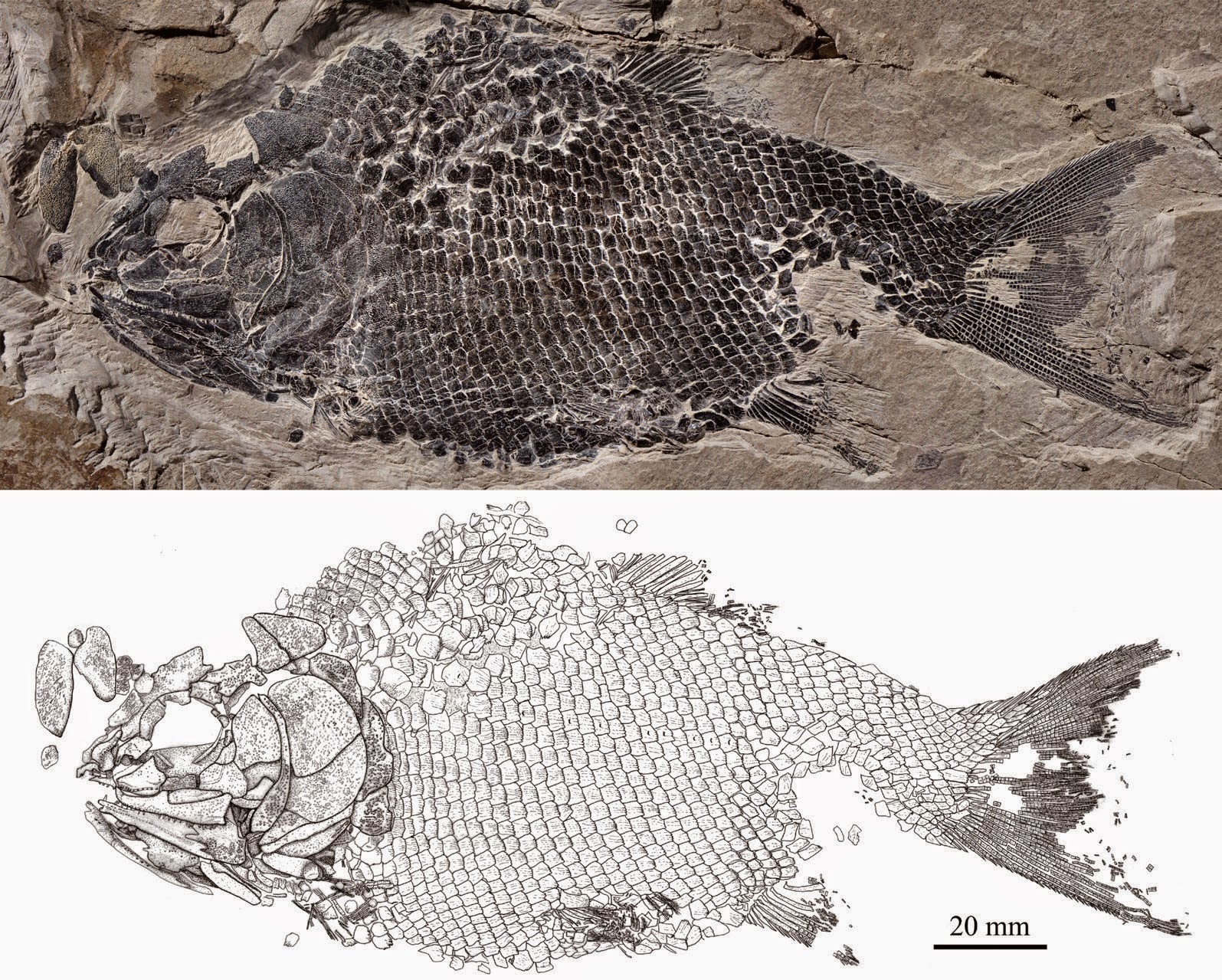 Ionoscopiform Fish from the Middle Triassic of Guizhou Province, China.
Halecomorphs are Neopterygid Fish (Ray-finned Fish) related to Ginglymodians (Gars) and Teleosts (almost all modern Ray-finned Fish). They are split into three groups, the extant Amiiformes, which contain a single living species, the Bowfin, Amia calva... 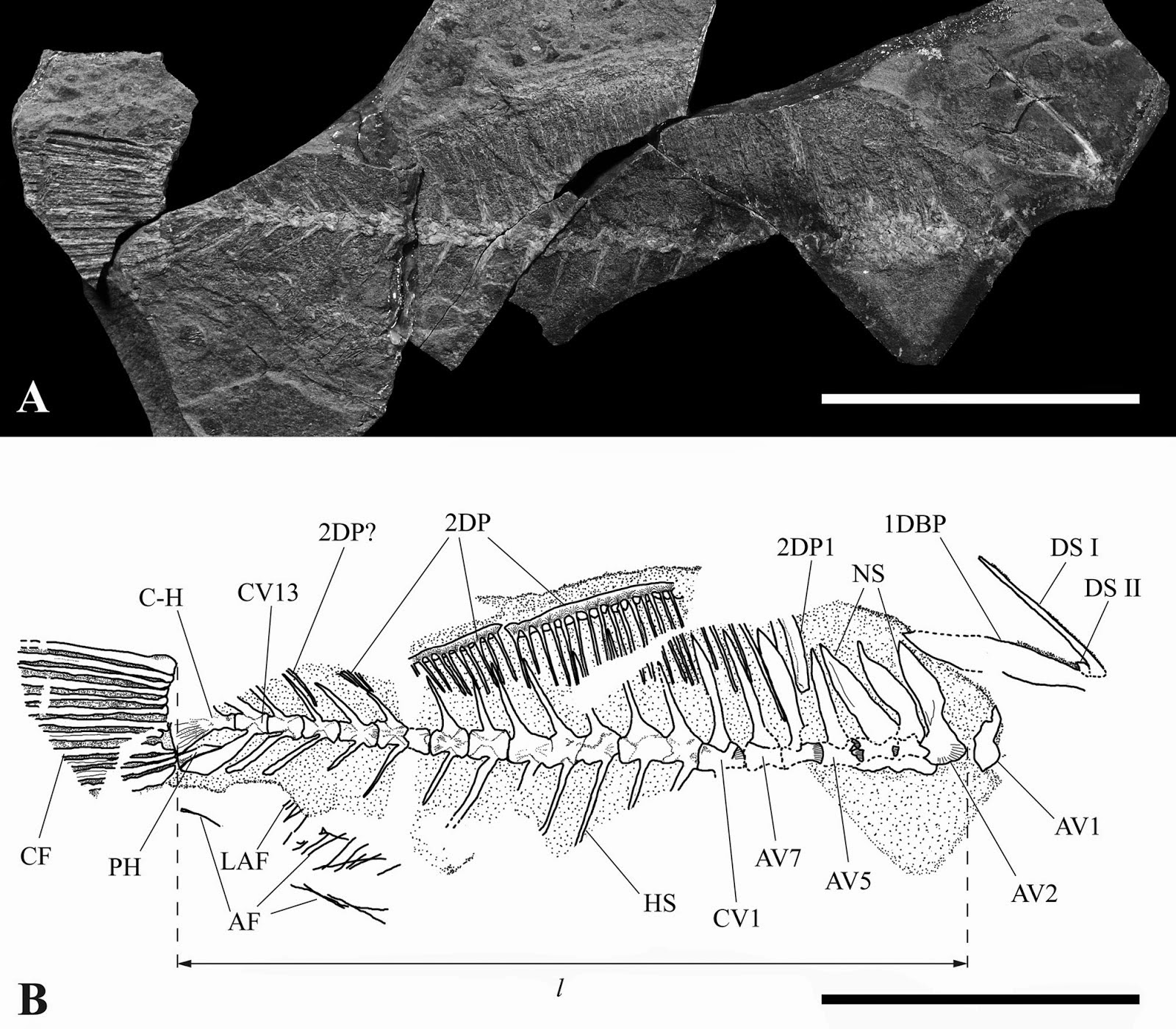 A fossil Filefish from the Middle Miocene of Nagano Prefecture in central Japan.         Filefish (Monacanthidae) are  Tetraodontiform Fish related to Triggerfish, Pufferfish and Trunkfish. They are found throughout shallow tropical and temperate waters in the Atlantic, Pacific and Indian Oceans. They get their name from their rough skins which was supposedly once used for finishing surfaces by...