A new species of Arctiid Moth from southwest Cameroon.

Lichen Moths, Wasp Moths and Footmen. They are unusual for Moths in that they have sound producing organs used to communicate (though not at any frequency Humans can hear). Their caterpillars are typically extremely hairy, and often absorb toxins from their host plants, making both the caterpillar and the adult unpalatable to most predators.

In a paper published in the Annales de la Société entomologique de France on 24 May 2013, Łukasz Przybyłowicz of the Institute of Systematics and Evolution of Animals at the Polish Academy of Sciences describes a new species of Arctiid Moth from southwest Cameroon, described as part of a wider study into Moths of the group.

The new species is placed in the genus Balacra, which is widespread in tropical Africa, and given the specific name flava, meaning yellow, a reference to the colouration of the dorsal part of the abdomen. Balacra flava is a ~20 mm dark brown Moth with yellow markings on the dorsal part of the abdomen. The forewings are dark brown with five small transparent blotches, the hindwings dark brown with pink and yellow markings. The species is described from eight male and one female specimens, collected from two sites in southwestern Cameroon between 1934 and 1992. 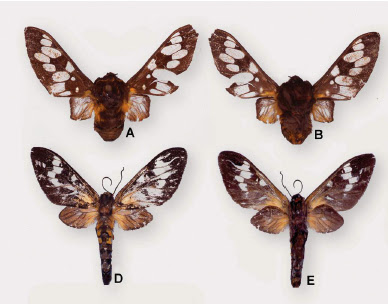 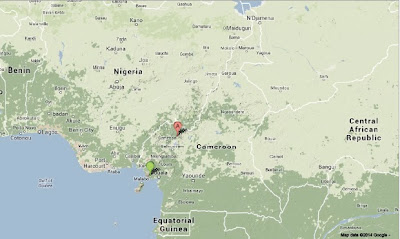 The approximate locations of the two sights where Balacra flava specimens have been collected. Google Maps.