Ground Beetles (Carabidae) are large, usually carnivorous Beetles, abundant across much of the globe. They are able to defend themselves by secreting noxious or caustic chemicals from glands on their abdomens (Bombardier Beetles are Carabids). Larger species are often unable to fly. Ground Beetles have a fossil record dating back to the Triassic; there are around 40 000 described extant species.
In a paper published in the journal ZooKeys on 19 February 2014, Jianmei Pang and  Mingyi Tian of the Department of Entomology at the College of Natural Resources and Environment at South China Agricultural University, describe a new species of Ground Beetle from the  Zhushan Dong II limestone cave in Wanzhai County, Jiangxi Province, China.

The new species is placed in the genus Morimotoidius, and given the specific name zhushandong, which derives directly from the name of the cave where it was discovered. Morimotoidius zhushandong is a slender, elongate Ground Beetle reaching 11.5-12.5 mm in length. It apparently lives only bellow ground, but unlike many trogloditic (cave dwelling) species, it retains a dark brown pigmentation and functional eyes. 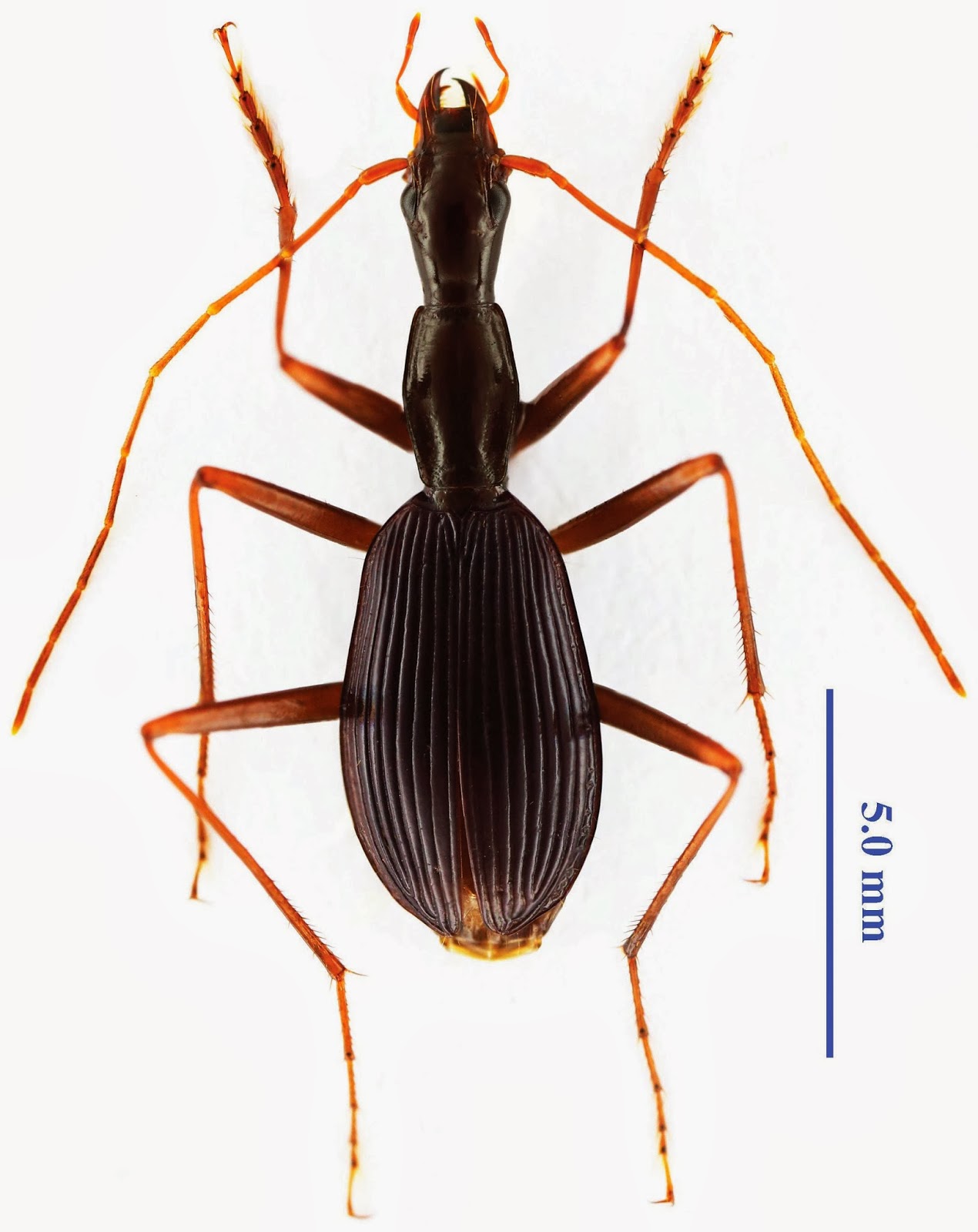 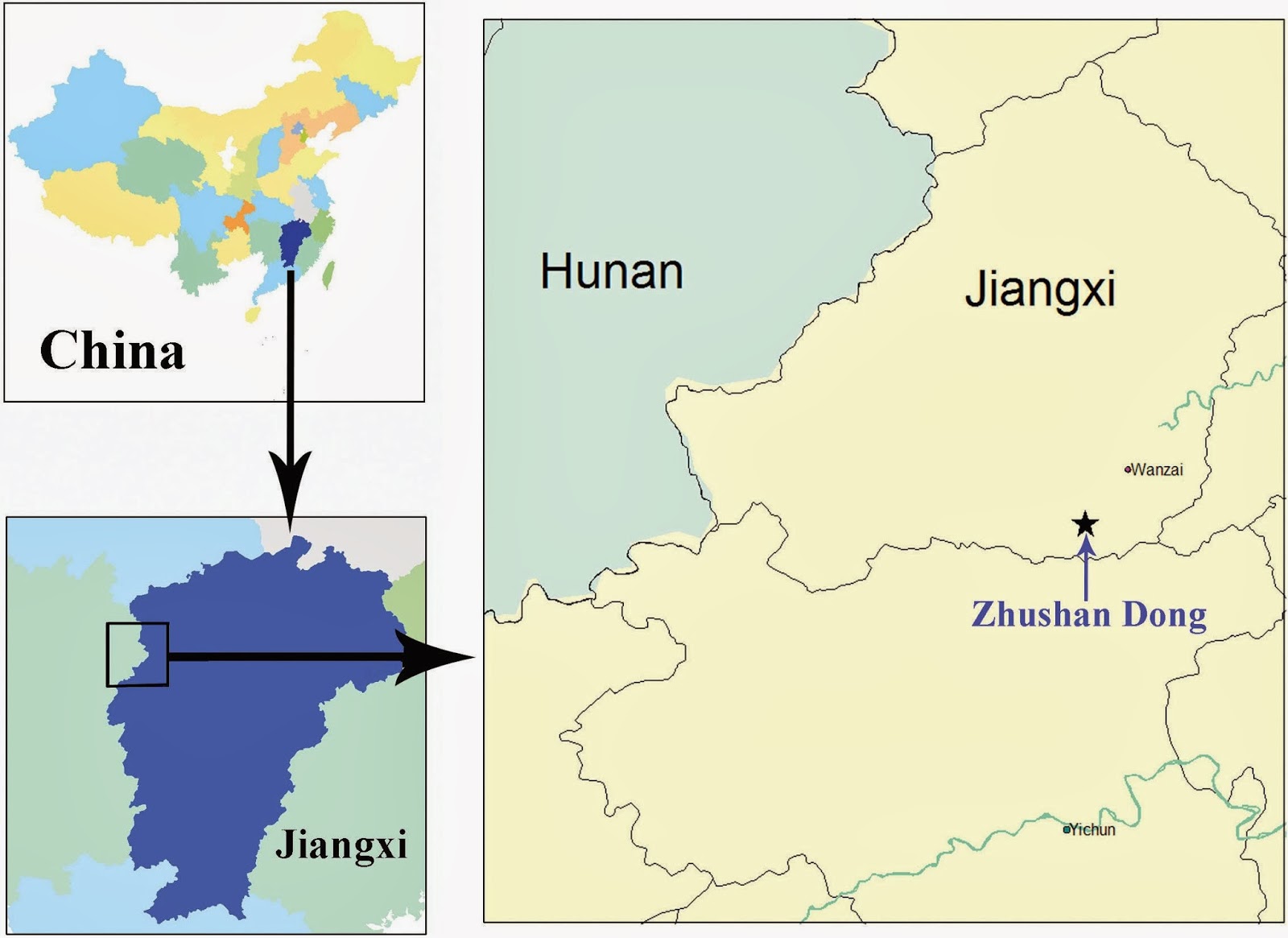 Maps showing the location of the cave where Morimotoidius zhushangdong was discovered. Pang & Tian (2014). 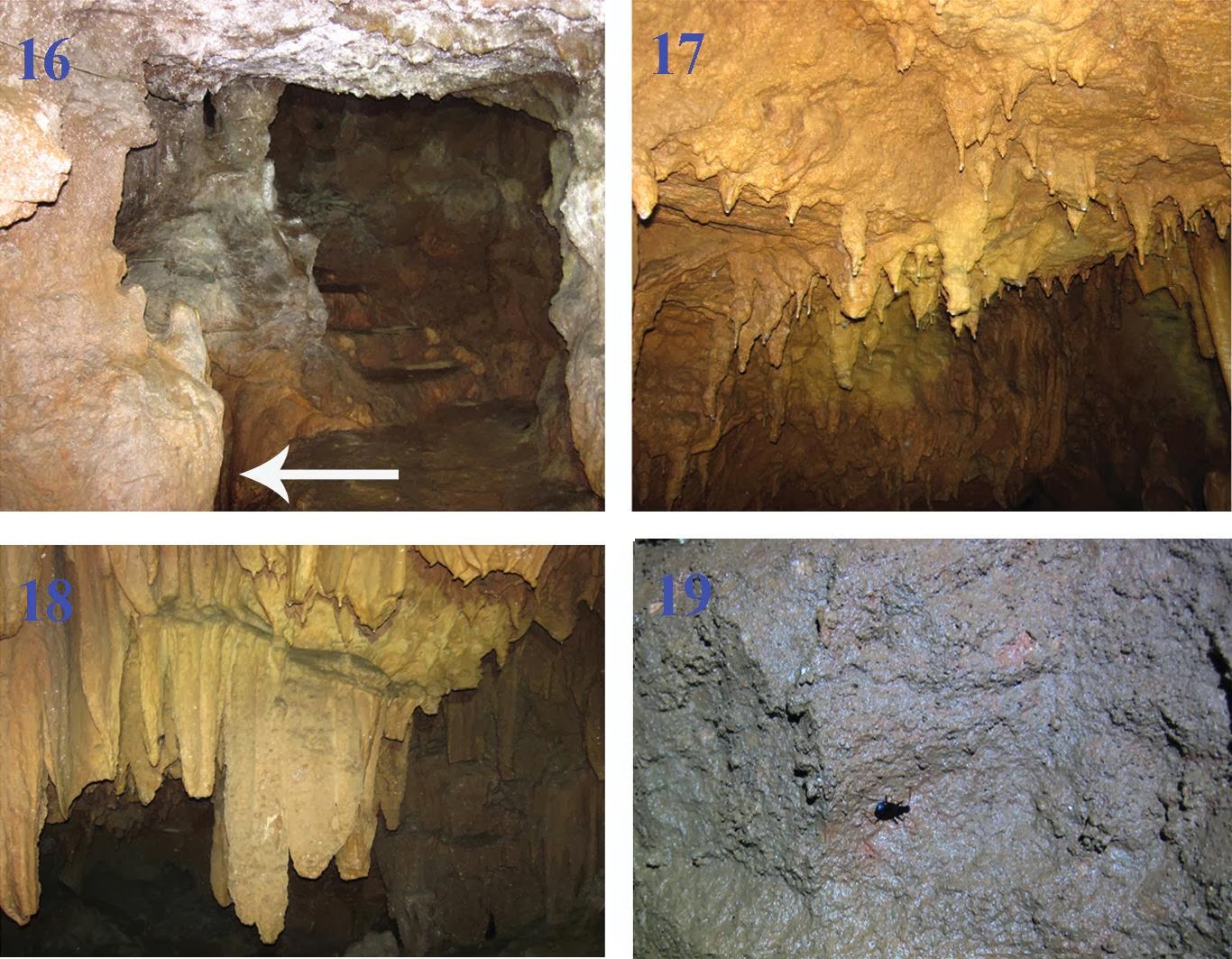