Mount Merapi, a volcano in central Java considered to be one of Indonesia's most active, underwent a brief outburst of volcanic activity between 1.12 and 1.16 pm local time (6.12 and 6.16 am GMT) on Thursday 27 March 2014, during which it generated a number of small Earthquakes, as well as emitting volcanic gas and ejecting ash and gravel from its crater. The events have caused some concern locally, and been related to an Earthquake that occurred in the same region on Monday 24 March. 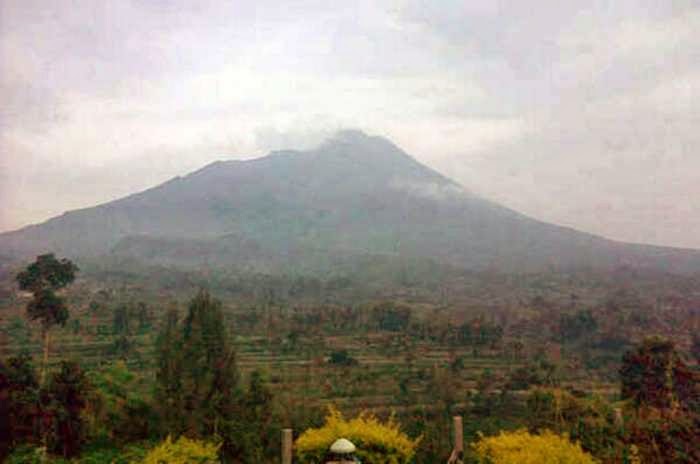 
The Indo-Australian Plate, which underlies the Indian Ocean to the south of Java, is being subducted beneath the Sunda Plate, a breakaway part of the Eurasian Plate which underlies Java and neighbouring Sumatra, along the Sunda Trench, passing under Java, where friction between the two plates can cause Earthquakes. As the Indo-Australian Plate sinks further into the Earth it is partially melted and some of the melted material rises through the overlying Sunda Plate as magma, fuelling the volcanoes of Java and Sumatra.

See also Eruptions on Tankubanparahu, West Java, Activity in the Tengeer Caldera, Large Earthquake to the south of East Java and Seismic activity beneath Mount Tangkubanparahu.