The Eocene palaeoflora of the Antarctic Peninsula and neighbouring islands has been studied  since the early twentieth century, with fossil sites on the Peninsula itself as well as on Seymour, Alexander and King George islands yielding a large number of wood fossils, plus lesser amounts of leaves, pollen, seeds and fruit. This flora is dominated by Myrtles, Arals, Podocarps, Cypresses and Southern Beeches, showing strong taxonomic affinity for the flora of the modern Valdevia Region of Chile, and suggesting a warm temperate climate with high rainfall. However global climate models for the Early-to-Middle Eocene, a period of extreme global warming when these fossils were deposited, do not suggest such a climate for the area, implying there is a problem with either the plant based regional palaeoclimate reconstruction, or with the global climate models.

The Fossil Hill flora has been dated to about 52 million years ago (close to the Early Eocene Climatic Maximum), by Potassium-Argon and Rubidium-Strontium dating techniques.

Potasium-Argon dating relies on determining the ratio of radioactive Potasium⁴⁰ to Argon⁴⁰ within minerals from igneous or metamorphic rock to determine how long ago the mineral cooled sufficiently to crystalize. Potasium⁴⁰ is often incorporated into cooling volcanic rocks, whereas any inert Argon present will escape as a gas. No further Potasium⁴⁰ or Argon⁴⁰ will enter the mineral from this point, but Argon⁴⁰ is produced by the decay of radioactive Potassium⁴⁰ at a steady rate, enabling scientists to establish a precise date for the crystalization of the minerals containing the two elements.

Rubidium-Strontium dating is similar, but relies on the decay of Rubdium87 to Strontim87. Rubidium does not readily form minrals by crystalizing with other elements as the magma cools, remaining in the liquid phase that surrounds the forming minerals until it finally solidifies as a volcanic glass. Strontium, on the other hand, readily forms minerals with a variety of other elements, and is theresfore very rare in this glass, so that it is likely that any appreciabe amount of Strontim87 present will be due to the decay of radioactive Rubdium87, making it possible to determine the age of the rocks from the ratio of the two isotopes in the melt matrix.

The flora has produced 25 different Angiosperm (Flowering Plant) leaves, and is dominated by the Southern Beech family (Nothofagaceae). 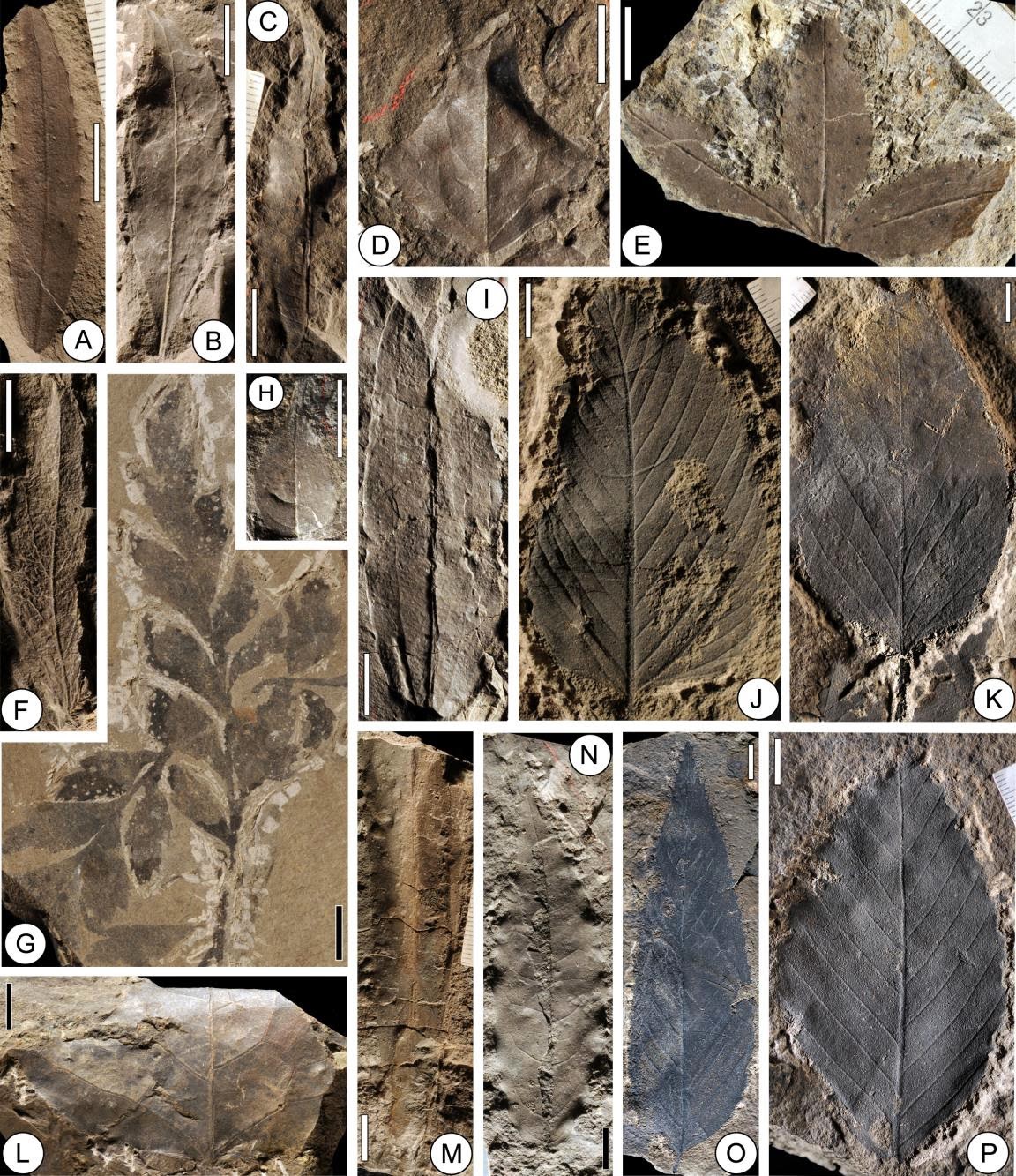 Previous attempts to reconstruct the early Eocene climate of the Antarctic Peninsula have relied upon the Nearest Living Relative method, which relies upon the assumption that most fossil plants will have had similar environmental requirements to their nearest living relatives, so that where a large number of plants from different taxonomic groups are found together, all of which have nearest living relatives with similar climatic requirements, then it is highly likely that the plants occupied a similar climate zone to their modern relatives. The Eocene Antarctic flora is very close to the modern Valdevia region of Chile, which has led to the assumption that the climate would be similar. However the modern Valdevian region is also the only floristic region close to the Antarctic Peninsula, so it is unsurprising that its flora is similar, and the Nearest Living Relative model is usually only considered accurate for Neogene and Quaternary floras, making its application to the Early Eocene flora of the Antarctic Peninsula questionable.

The Climate Leaf Analysis for the leaves from Fossil Hill suggests a highly seasonal warm temperate climate, with a mean annual temperature of 11.5°C, and freezing occurring in winter. The climate is predicted to have been wet, with 1259.3 mm of rainfall per year, of which 60% would have fallen within three months, when rainfall would have averaged 6.4 mm of rain per day. This is comparable to the climate in parts of modern Japan, where the climate is driven by the Southeast Asian Summer Monsoon. 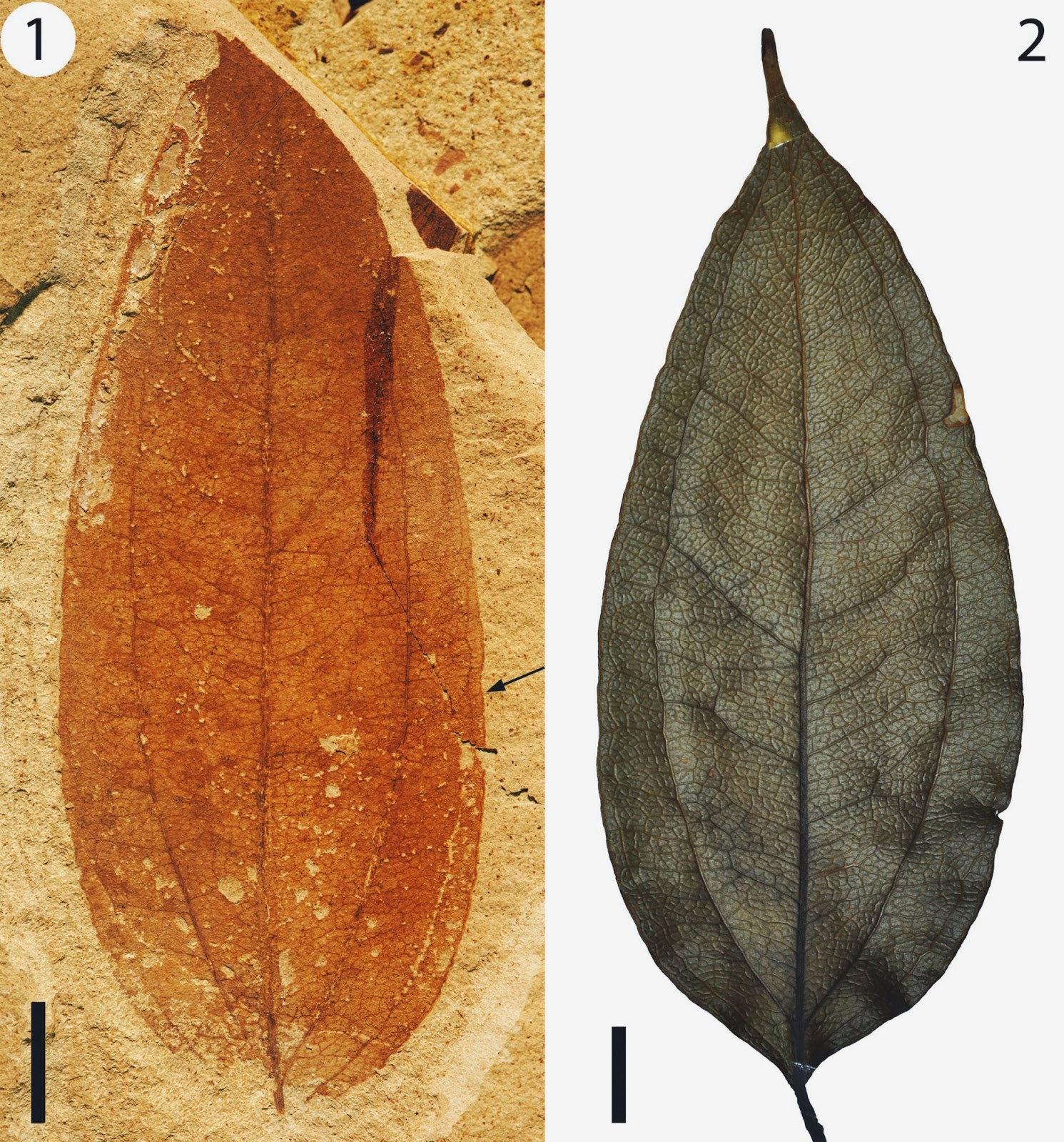 Mammal remains from the Early Eocene of Seymour Island, Antarctica.                               Modern Antarctica lacks any permanent Mammal fauna, being visited by only a few marine Mammals for breeding purposes. However this has not always been the case. During the Eocene the last parts of the...

Reconstructing cloud cover for ancient Earth, with a view to spotting a new one.    Four the past four billion years or so the continents have ambled back and forth across the face of the Earth...
Follow Sciency Thoughts on Facebook.