Four people are known to have died and one is still missing on Viti Levu Island, after Cyclone Josie passed to the south of Fiji on 1 April 2018. A 55-year old man has been found dead in Lautoka, a woman in Ba and two people in Nadi, where a 19-year-old man was seen to be swept away by floodwaters and has not yet been located. The area around Nadi has been particularly badly hit, with most of the town affected by flooding. The area received very little warning of the storm, which formed overnight around 120 km to the west of Kadavu Island, then passed to the south of the islands. 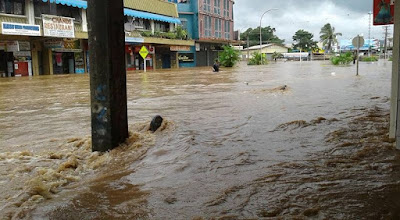 Flooding in the town of Nadi on Viti Levuiti Island, Fiji, after Cyclone Josie passed to the south on 1 April 2018. 9 News Australia/Facebook. 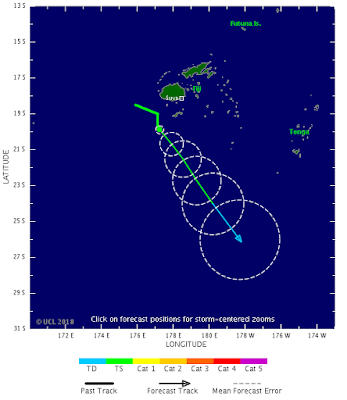 The passage of Cyclone Gita till 6.00 am GMT on Sunday 1 April 2018  (thick line) with its predicted future path (thin line, circles represent the margin of error on the predictions). Colours indicate the strength of the storm. Tropical Storm Risk. 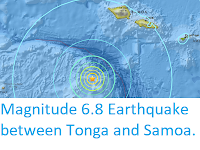 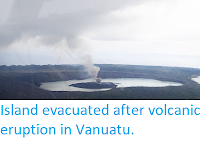