Ebola outbreak kills 198 in the Democratic Republic of Congo.

A total of 319 cases of Ebola have been reported in an outbreak in North Kivu and Ituri provinces, Democratic Republic of Congo this year, with 198 having died, according to a report released by the country's Health Ministry on Friday 9 November 2018. This makes the outbreak the worst recorded incident in the country's history, surpassing an outbreak in 1976 which infected 318 people. Political instability in the two provinces has hampered attempts to control the outbreak, with medical workers in the region facing regular attacks by armed militia groups fighting over the regions mineral resources, and facing resistance from local populations deeply suspicious of vaccination and isolation programs. 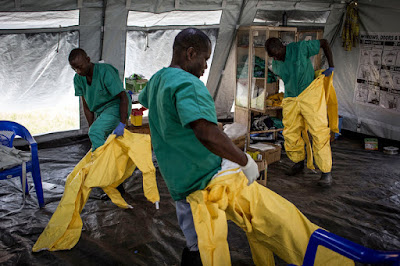 Ebola Hemorrhagic Fever is caused by RNA Viruses of the genus Ebolavirus. It has a reputation for being the world's deadliest viral disease, at least in part due to the 1995 film Outbreak, though this is probably slightly inaccurate as about 50% of victims survive, making it less deadly than diseases such as Rabies. However it is extremely contagious, with know known cure, and has a tendency to rapidly overwhelm local health systems as health workers themselves are infected.

Ebola begins with a fever similar to that caused by Influenza or Malaria, which tends to come on rapidly two-to-three weeks after infection (during at least part of which time the patient is already infectious). This tends to be followed by extreme respiratory tract infection, headaches, confusion, rashes and tissue necrosis and heavy bleeding. Death is generally caused by multiple organ failure.

The only known treatment for Ebola is intensive rehydration, which can improve the survival prospects of patients greatly, accompanied by anticoagulants and procoagulants to mange the diseases attacks on the circulatory system, analgesia to cope with the pain of the disease and antibiotics and antimycotics to prevent secondary infection. Due to the highly contagious nature of the disease it is recommended that healthcare workers wear full-body protection to maintain a barrier between them and their patients; a daunting prospect in the tropical regions of Africa where the disease is endemic.

Ebolavirus is thought to have a non-human animal vector, since its rapid onset and high mortality rate appears to preclude a permanent residence within Human hosts. Surveys of wild animals have found Ebola infections in Rodents and Great Apes, however these were affected by the disease in a similar way to Humans, and are therefore unlikely permanent hosts. The most likely vectors are thought to be Fruit Bats or small Primates, which are endemic to the areas where the disease occurs and which are widely eaten; cooking meat probably kills the virus, but there is a distinct danger of infection while preparing carcasses. 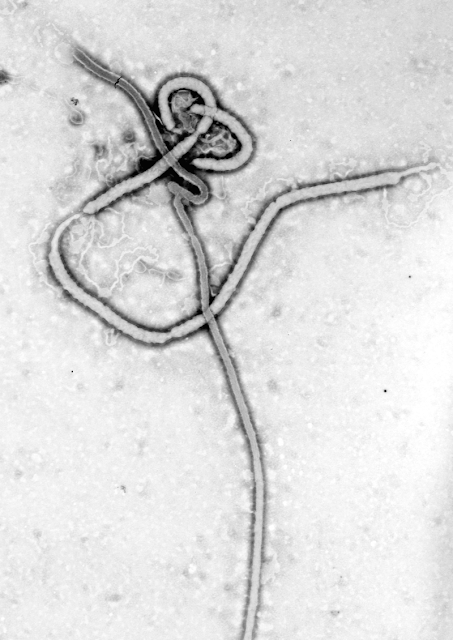 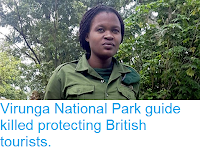 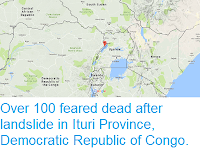