Asteroid 2019 HN3 passed by the Earth at a distance of about 2 471 000 km (6.42 times the average distance between the Earth and the Moon, or 1.65% of the distance between the Earth and the Sun), slightly before 2.40 pm GMT on Monday 29 April 2019. There was no danger of the asteroid hitting us, though were it to do so it would have presented a small threat. 2019 HN3 has an estimated equivalent diameter of 30-94 m (i.e. it is estimated that a spherical object with the same volume would be 30-94 m in diameter), and an object at the upper end of this range would be predicted to be capable of passing through the Earth's atmosphere relatively intact, impacting the ground directly with an explosion that would be about 100 times as powerful as the Hiroshima bomb. Such an impact would result in an impact crater over almost a kilometre in diameter and devastation on a wide scale, as well as climatic effects that could last for years.

Short video made up of five minutes worth of 3.5 second images of 2019 HN3. Mariusz K/Dosięgnąć Gwiazd. 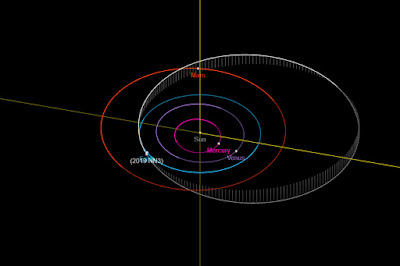 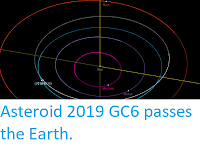 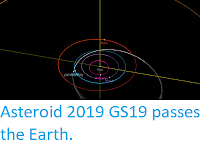 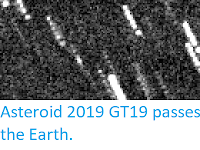 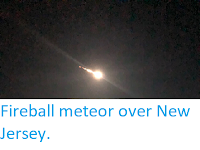