A 65-year-old Californian man has died after being attacked by a Shark off Ka'anapali Shores Beach in western Maui on Saturday 25 May 2019. The as yet unnamed man was reportedly swimming about 60 m from shore when he was attacked, with rescue workers responding promptly after being alerted by witnesses at a hotel overlooking the beach. The man was recovered from the water promptly, but had apparently lost his left leg below the knee, and could not be resuscitated. 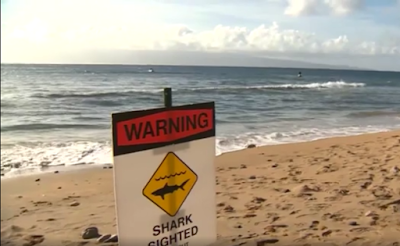 Warning sign on a Hawai'ian beach following a Shark attack this week. CNN.

Despite their fearsome reputation, attacks by Sharks are relatively rare. Most attacks on Humans by Sharks are thought to be mistakes, made by species that feed principally on Marine Mammals (which we superficially resemble when we enter the water), gaining the majority of their nutrition from the thick adipose (fat) layers of these animals (which we lack). Due to this, when Sharks do attack Humans these attacks are often broken off without the victim being consumed. Such attacks frequently result in severe injuries, but are seldom immediately fatal, with victims likely to survive if they receive immediate medical attention. 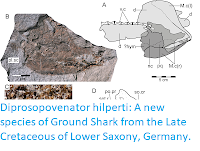 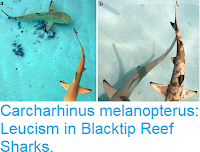 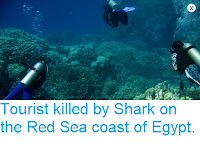 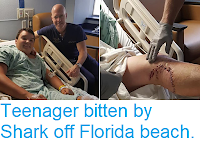 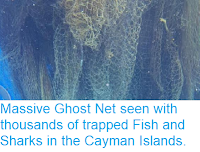