At least one person has died and around ten small businesses have been completely destroyed following a landslide that hit the town of Ginigathhena in the Nuwaraeliya District of Central Province, Sri Lanka, on the morning of Friday 19 July 2019. The dead man has been identified as Kaldeen Mohamed Jamaldeen, 64, the owner of an electrical appliance shop. The businesses lost are reported to include several grocery stores, vegetable stalls, two restaurants, a salon and a shop selling ornaments. The area had previously been identified as being at a high risk of landslides by the Sri Lankan National Building Research Organisation, which recommended the area be evacuated and the shops relocated, though it is unclear if the shopkeepers were offered any help to do this. 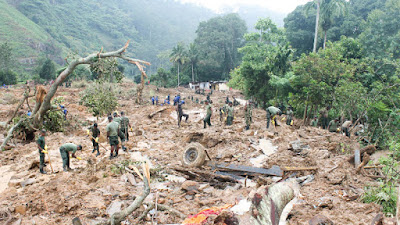 The incident happened amid heavy rain associated with the Sri Lankan summer monsoon, which lasts from May to October, typically bringing around 400 mm of rain to many parts of the country in an average year. Landslides are a common problem after severe weather events, as excess pore water pressure can overcome cohesion in soil and sediments, allowing them to flow like liquids. Approximately 90% of all landslides are caused by heavy rainfall. 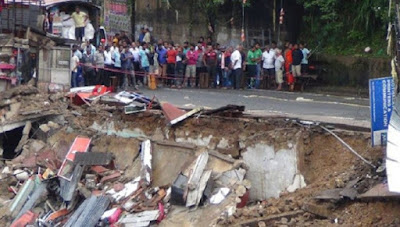 Onlookers above the scene of the 19 July 2019 Ginigathhena landslide. The shops destroyed would formerly have stood in the foreground of this image, facing onto the visible road. Colombo Gazette. 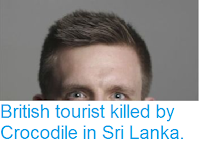 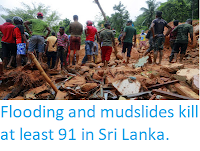 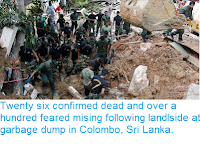 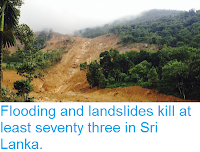 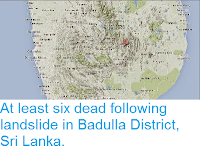