Two miners have now been confirmed dead, and five more are still missing, following a flood at a coal mine at Murquiz in Coahuila State in northeastern Mexico on Friday 4 June 2021. The mine, which is described as a narrow, steep-sided, open pit, is reported to have undergone a sudden inrush of water and collapse, burying the workers there under several tonnes of wood, rock and metal. Rescue attempts have concentrated on trying to pump water out of the collapsed mine, although specialist rescue teams with dogs are on hand, and have begun to enter the mine and look for survivors. 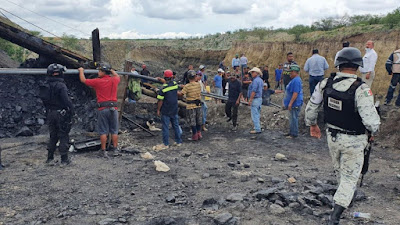 Rescue teams at a coal mine in Coahuila State, Mexico, which underwent a flood and collapse in Friday 4 June 2021. La Guardia Nacional/Twitter.

Floods and inrushes typically occur when miners accidently break through into pockets of water and gas trapped within rocks. Since such buried waters are often under high pressure due to the weight of rocks above them, they tend to escape into the mine rapidly, and on occasion explosively, leading to a highly dangerous situation in which miners are often rapidly overwhelmed. Such inrushes can also occur when miners encounter flooded disused mineworkings, a danger in areas where mining has occurred for a long time but good records have not been kept.

However on this occassion it has been suggested that the flood was caused by the collapse of a poorly maintained tailings dam (dam on a pool holding water drained from a mine, which typically contains a high proportion of fine silt and clay particles, which take time to settle out of the water) close to the mine head. Poor maintainence at small scale mines is a serious issue in Coahuila State, according to Miguel Agustin Pro Human Rights Center, which reports that mine-owners in the state routinely flout safety regulations without facing official sanction. 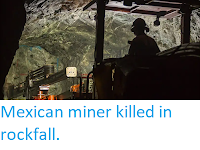 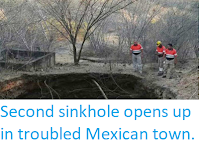 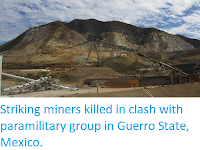 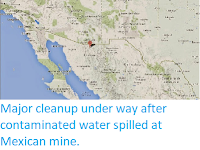