Fukutoku Oka-no-Ba, a submarine volcano about 5 km to the north of South Iwo Jima Island in Japan's Bonin Islands, erupted in August 2021. The volcano was first observed to be active by the the Japan Meteorological Agency's Himawari 8 satellite at about 6.00 am on Friday 13 August 2021, Japan Standard Time (about 9.00 pm on Thursday 12 August, GMT), with subsequent observations being made by the Moderate Resolution Imaging Spectroradiometer (MODIS) instrument on NASA's Terra satelite. The eruption produced a plume that lasted for over 24 hours, and which reached a height of about 16 km (impressive for a terrestrial volcano, let alone one under about 80 m of water), presenting a hazard to aviation. 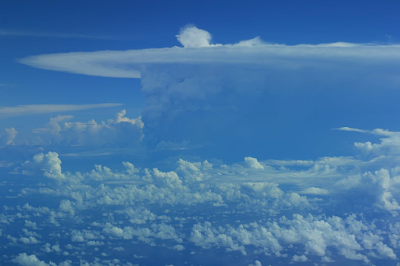 Volcanic ash is extremely hazardous to aircraft in a number of ways. At its most obvious it is opaque, both visually and to radar. Then it is abrasive, ash particles physically scour aircraft, damaging components and frosting windows. However, the ash is most dangerous when it is sucked into jet engines, here the high temperatures can melt the tiny silica particles, forming volcanic glass which then clogs engine. When this happens the only hope the aircraft has is to dive sharply, in the hope that cold air passing through the engine during the descent will cause the glass to shatter, allowing the engine to be restarted. Obviously, this is a procedure that pilots try to avoid having to perform.

Animation showing the movement of the ash and dust cloud generated by the 13 August 2021 eruption on the Fukutoku Oka-no-Ba submarine volcano. NOAA/SSEC/University of Wisconsin-Madison.

The eruption led to the formation of a new island above the volcano's caldera, the first such island to form over the volcano since 1986, as well as the formation of extensive rafts of pumice, which forms when hot lava from submarine volcanic eruptions encounters seawater and cools rapidly, simultaneously crystalizing and degassing to form a lightweight volcanic rock with many gas-filled vesicles (bubbles) within it, which often floats on the sea surface. Big submarine eruptions can produce large volumes of pumice, forming rafts of pumice that cover hundreds of square kilometres, and drift on the ocean surface for months before dissipating or washing ashore. 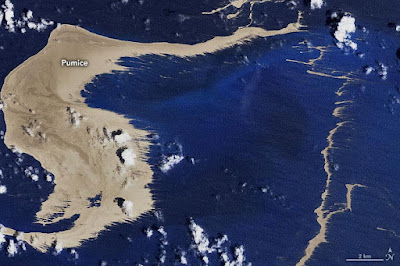 A pumice raft associated with the 13 August 2021 Fukutoku Oka-no-Ba eruption, imaged by the Landsat 8 satellite five days after the initial eruption. NASA/Earth Observatory.

Smaller gas emissions were intermittently recorded from the volcano until 22 August. The new island was overflown by a Japan Coast Guard aircraft on 26 August, which revealed that most of its eastern side had eroded away, effectively splitting the remaining portion into two smaller islands. No visible eruptions were ongoing, but the water around the volcano was discoloured to brown, and cloudy grey material was being intermittently emitted from the volcano's submarine vent, and was drifting to the west. 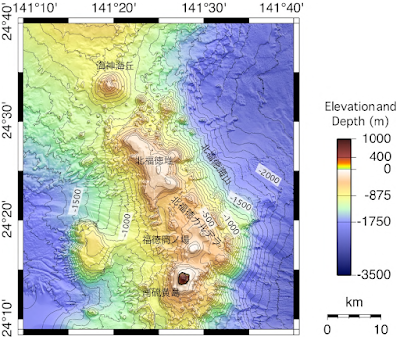 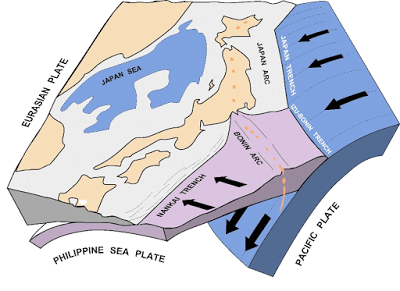 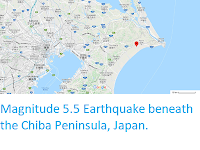 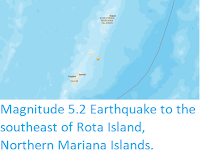 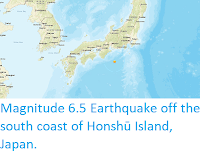 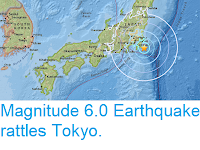